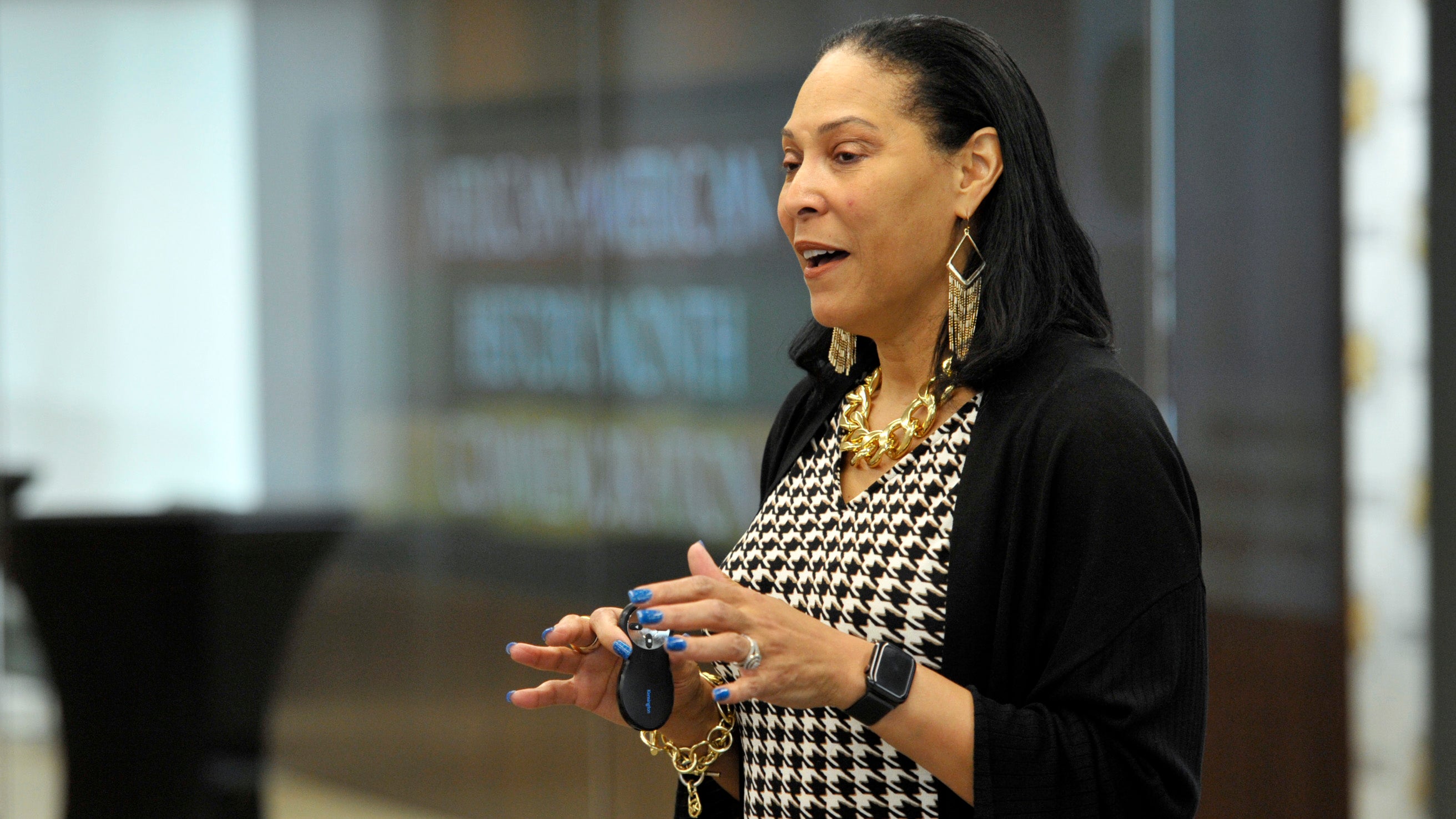 There are many people who say service in the military changed their lives, but few have a story like retired Maj. Gen. Linda Singh.

Singh, who was raised as one of 14 children in a four-room house in rural Maryland, became homeless as a teenager after being sexually assaulted. She was a high school dropout when she stumbled upon an Army recruiter.

“The Army saved my life,” Singh said Feb. 20 during an African American History Month lecture at the Association of the U.S. Army’s headquarters in Arlington, Virginia. “When I tell you that, I honestly mean it because I was on the street. I don’t know how else to put it.”

Singh spent 10 years as an enlisted soldier in the Maryland Army National Guard, getting the high school diploma she hadn’t earned before enlisting and using money from drill pay to make ends meet. At the urging of a mentor, she entered Officer Candidate School and received her commission in 1991.

Her commissioned service culminated with promotion to major general and a four-year assignment as Maryland’s 29th adjutant general, the first African American and first woman to hold the post. She retired last fall.

Singh, married with two daughters, had a long private sector career at Accenture, a multinational consulting and professional services company. She gave up the position when she took the adjutant general job.

In January, she became interim executive director and CEO of TEDCO, a Columbia, Maryland-based company providing services to evolving technology and life sciences companies, and she is just starting a second post as leader-in-residence at Towson University in Maryland, a new post at the school that will focus on programs like crisis management.

At key steps in her life, when things were bleak, Singh said she still had “this unbelievable faith that this was not going to be the end of me.” She had help from her grandparents, who raised her from the age of three months until she was 9. She had help finding temporary lodging or just a place to store her clothes when she was homeless.

She had help from a recruiter who signed her up, got her estranged parents to sign off on letting the 17-year-old enlist, and arranged for a waiver for the high school dropout. She had help in the Army when first sergeants and commanders would step in to offer advice and support when it was most needed. “I do believe that people are put in our path for a reason,” Singh said. “Someone, they appear.”

Singh’s 2016 biography, Moments of Choice: My Path to Leadership, describes the path she’s taken in life. “People ask me, what made you want to keep going?” she said. “I had hope and I had dreams, but then I also had a grandmother who said, ‘Honey, you need to keep going.’ I hear her voice saying that to me now.”