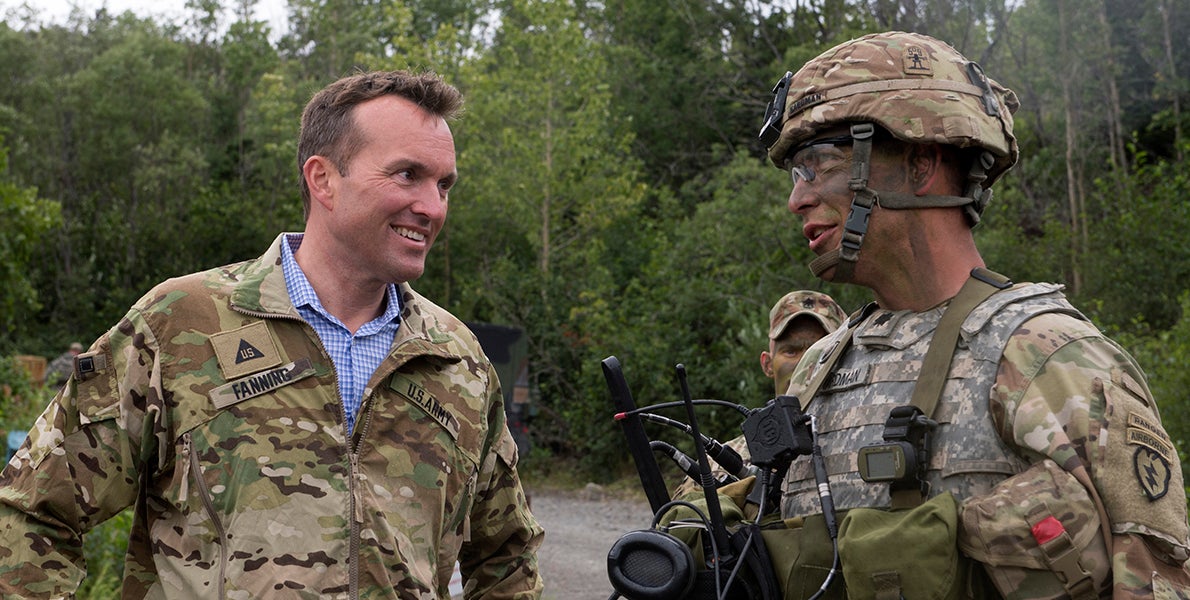 The Army is just months away from launching a Rapid Capabilities Office to get advanced technology into the hands of soldiers more quickly than the traditional acquisition process allows, Army Secretary Eric Fanning announced Aug. 31.

“We mean it when we say rapid,” Fanning said of the title of the new office. “We’re not aiming for the perfect solution that will be fielded to the entire Army 15 or 20 years down the line. This office is focused on closing capability gaps where we know there are technologies out there today that can make a difference.”

If it works, and Fanning is confident it will, the Army should be able to deliver high-priority operational items to warfighters in one to five years, Fanning predicted. Cyber and electronic warfare, survivability, and GPS-enabled positioning and navigation are initial areas of focus, he said at a Washington, D.C., conference sponsored by Bloomberg Government.

The first meeting of the new office’s board of directors will happen within the next 30 days, and discussions with industry about what capabilities to initially pursue will take place within the next few months, Fanning said.

Creating a fast-paced process is a response to the accelerating pace of technological advancements, Fanning said. The Army needs to field new technology faster to widen the so-called overmatch it has over potential adversaries. The overmatch “is not what it once was, and not what it needs to be,” he said. “We must find ways to cut time and money out of our acquisition process.”

“The push to fund more experimentation and prototyping of weapons is not only an important step in simplifying and reforming the acquisition process, it is essential to our security, helping us keep pace with our adversaries, and maintaining the United States’ technological superiority on the battlefield,” Thornberry said.

The ultimate goal, Fanning said, is to make the new office “a direct pipeline that our commanders can access quickly to meet a real demand. We must deliver to American soldiers the critical enabling capabilities they need, when they need them, where they need them, so they can accomplish any mission we ask of them.”