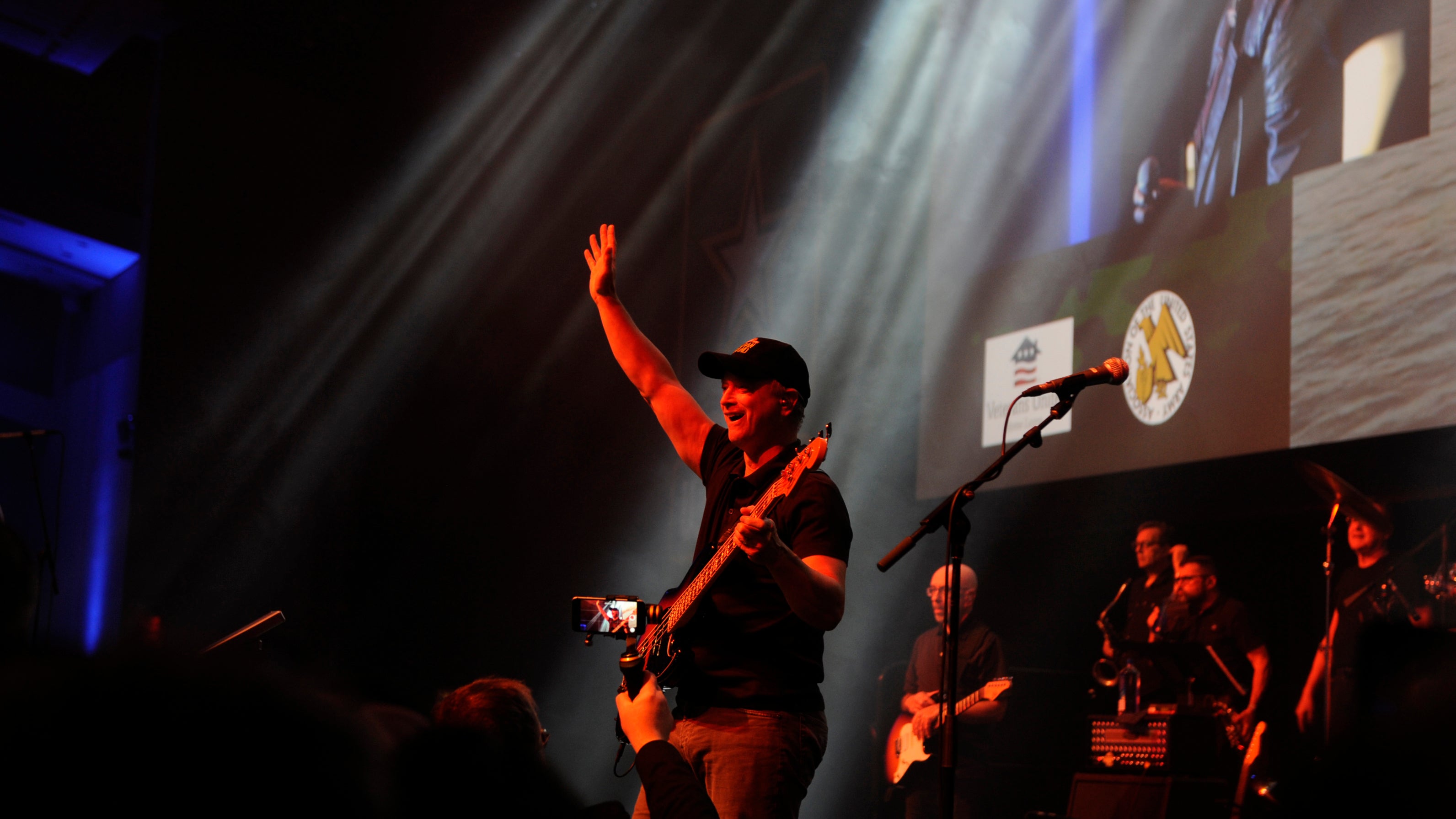 With AUSA’s senior leadership and numerous conference attendees looking on, Gary Sinise and the Lt. Dan Band performed a free concert on Tuesday night at the Association of the U.S. Army’s Annual Meeting and Exposition.

The concert took place in the main ballroom at the Walter E. Washington Convention Center in Washington, D.C., and was co-sponsored by AUSA and Veterans United, a lender specializing in veterans’ home loans.

“Gary has a history of serving our nation,” said retired Sgt. Maj. of the Army Ken Preston, AUSA’s vice president for NCO and Soldier Programs. “For the last 15 years, I’ve watched him go out and give back to our military servicemembers and their families. We can all be very proud of what he’s done.”

The Lt. Dan Band is a cover band founded by Sinise and Kimo Williams to perform at USO shows, entertain troops and raise money for disabled veterans. The band is named after the character Lt.Dan Taylor, whom Sinise portrayed in the film “Forrest Gump.”

Before the concert, retired Gen. Carter F. Ham, AUSA president and CEO, presented a check to the Gary Sinise Foundation for $5,000.

“We are so deeply grateful that you have come out to perform for us tonight,” Ham said.

The Gary Sinise Foundation supports those who sacrifice to defend our country: active duty, veterans, first responders, wounded warriors and their loved ones. They use nine key programs to show gratitude for American heroes through entertainment, family support and acts of appreciation.

This was not Sinise’s first appearance at an AUSA Annual Meeting. Last year, he was the recipient of the George Catlett Marshall Medal, the highest award bestowed by the association.