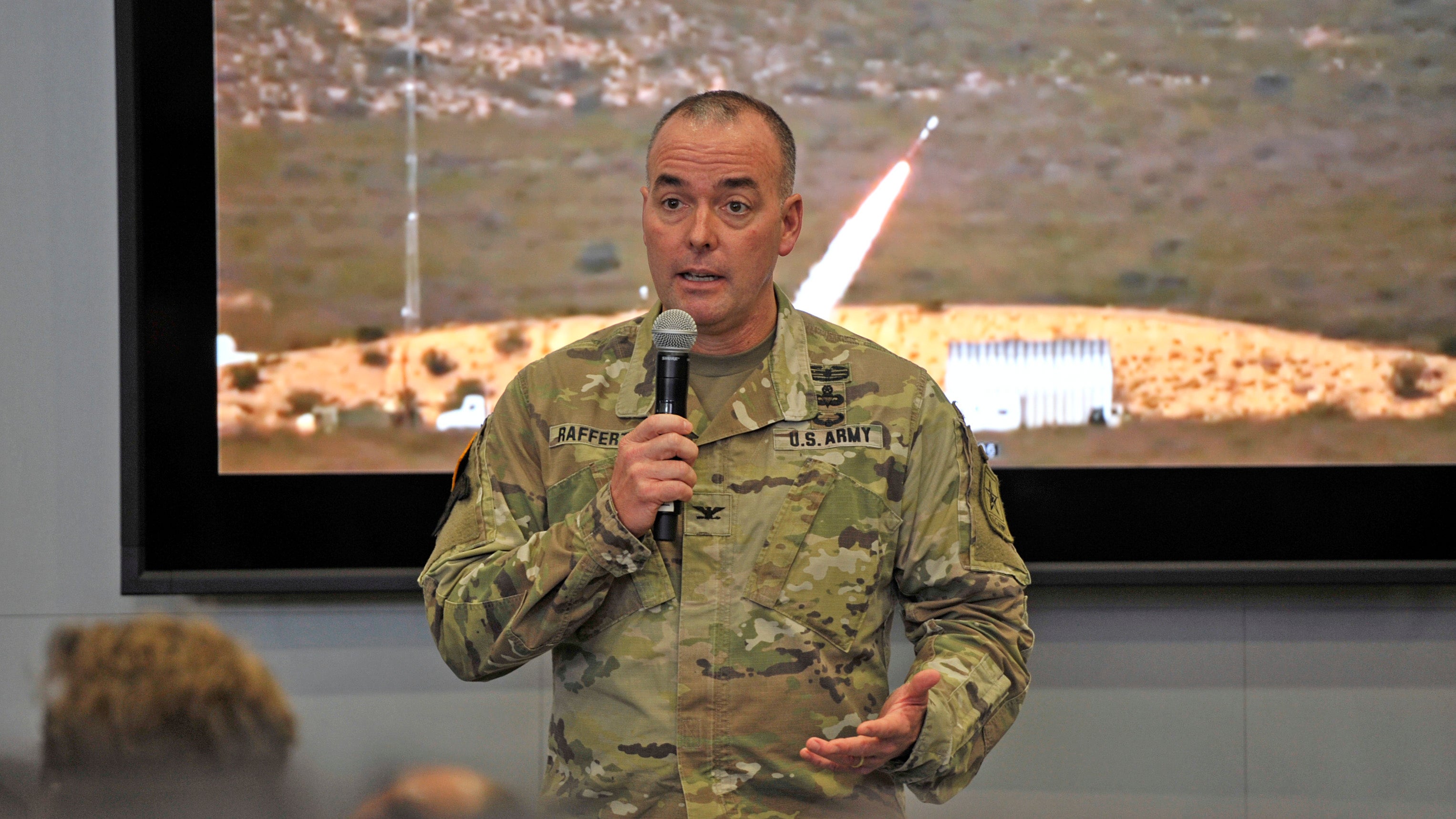 According to Col. John Rafferty, director of Long-Range Precision Fires (LRPF) Cross-Functional Team (CFT), being the Army’s No. 1 priority for modernization places the CFT in an interesting situation. Briefing with team members at today’s Warriors Corner at the AUSA Annual Meeting and Exposition in Washington, D.C., Rafferty noted the prioritization spotlight “also comes with the recognition that tough choices were made across the Army.”

“What we are doing answers the fundamental question of Multi-Domain Operations, which is a question of access,” he asserted. “Our whole purpose is to enable the penetration and disintegration of enemy anti-access and aerial denial (A2AD) systems. We achieve that by developing systems that ensure overmatch in range and lethality at echelon.”

At the strategic level, for example, the LRPF CFT is supporting two systems: the U.S. Army Space and Missile Defense Command’s pursuit of the Long Range Hypersonic Weapon and development of a technology demonstration of a strategic long-range cannon.

“The reason we are focused on these two systems is really pretty clear when you evaluate the target set of the A2AD systems,” he said. “You realize that’s a mixture of very heavily defended, fortified, strategic infrastructure and C2 sites, as well as a combination of mobile TELs [transporter erector launchers], radars and other lighter-skinned or area targets.”

PEO and CFT cooperation is clearly evident at the operational level, where development of the Precision Strike Missile (“Prism”) is being accelerated by the PEO for planned initial operating capability early in 2023. The CFT vision is instead focused on the “spirals” of enhanced capability that will be introduced after initial capability is achieved.

Tactical-level CFT focus is on Extended Range Cannon Artillery, which represents a significant range increase for the M109 series 155 mm howitzer. While the new “M109A7” focuses on platform survivability, it also sets the stage for a new turret and cannon with lethality enhancements to be introduced on that platform.

The new, longer cannon tube will be supported by a new XM1113 Rocket Assisted Projectile. As the first “RAP-round” produced in 30 years, the projectiles will extend cannon reach to approximately 70 km.

Looking toward the future, panel member George offered an S&T perspective, saying the CFT is also “exploring a number of science and technology initiatives to see how different component technologies could be pulled together from an operational standpoint to bring innovative, lethal capability to the warfighter.”