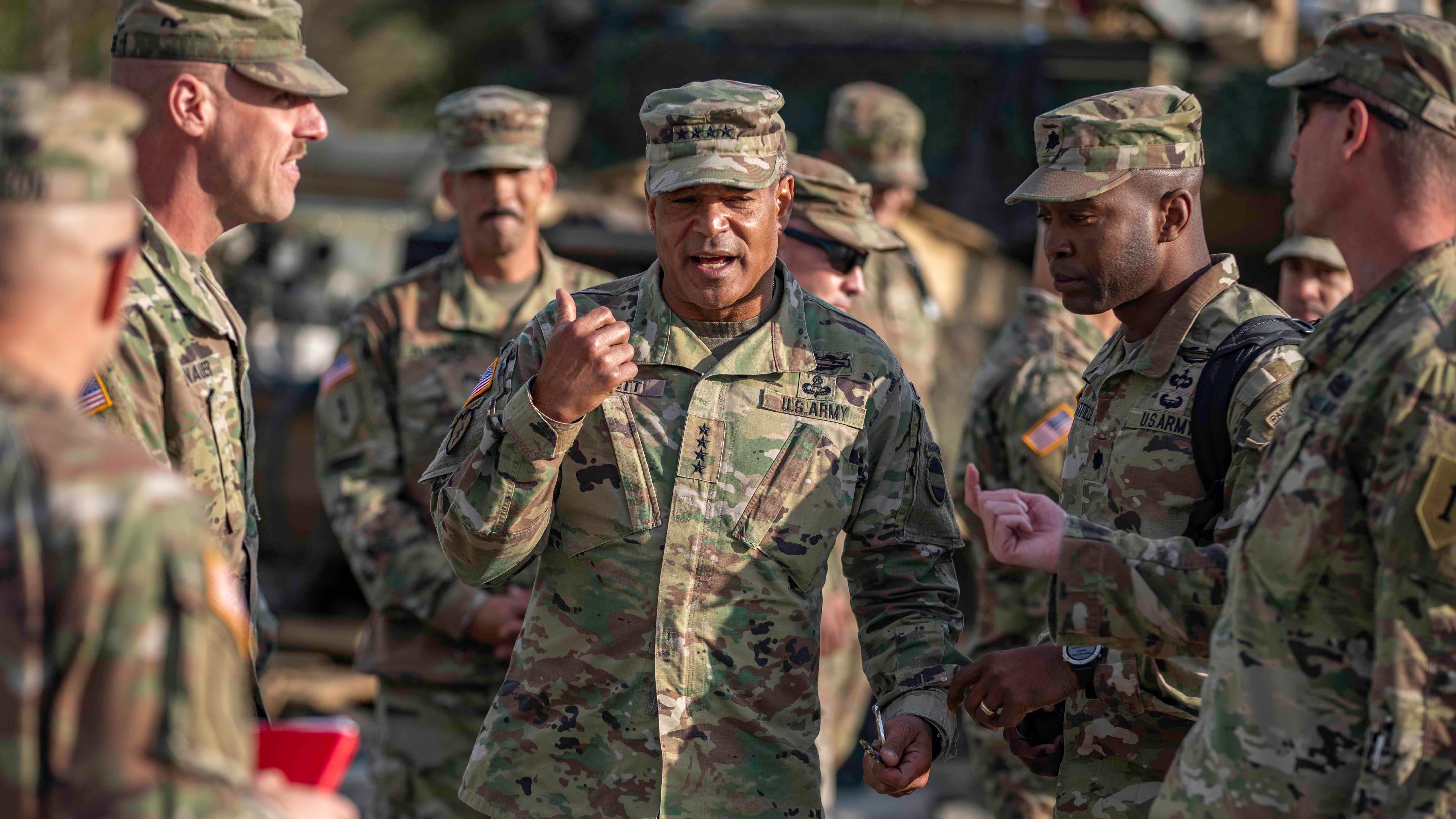 In preparing for war, the Army cannot assume anything, the commander of Army Forces Command said.

Because of that uncertainty, the Army must train “relentlessly,” he said.

“The world will always change, as well as the environments in which we operate and the technology we use, but what will never change is the foundation that allows our force to fight and win,” Garrett said. “And that’s the soldiers who have mastered the fundamentals of their warfighting tasks.”

This includes “simple but crucial tasks” such as shooting, maintaining their weapons, following standard operating procedures, communicating up and down the chain of command, and being disciplined and fit, he said.

“What I’m trying to tell you is that the little things matter,” he said. “Training is in the United States Army maneuver forces’ DNA.”

Having ready, trained units allows the Army to provide options to commanders, Garrett said, citing as an example the thousands of soldiers who have deployed to Eastern Europe with little to no notice to support NATO partners amid Russia’s invasion of Ukraine.

“Although there will always be surprises when it comes to fighting and winning a nation’s wars, one of the most dangerous assumptions you and I can make is that mastery is present within each of our crews, teams and squads,” Garrett said. “We cannot simply assume or hope mastery exists in our formations.”

Instead, Garrett urged leaders to spend time with their soldiers and observe and validate their training.

The Army has worked hard to refocus and hone its skills for large-scale combat operations after 20 years of counterinsurgency fighting, Garrett said.

“When I took this job, we were not that good at the point of contact. … Our units at echelon needed a lot of work at large-scale combat operations,” said Garrett, who has led Forces Command since March 2019. “But over the last three years, … because of your focus and because of your efforts, our Army is in very, very good shape today.”

As he looks to the future, Garrett said one of the challenges facing the Army is how it can adapt the way it fights today to incorporate artificial intelligence, machine learning, robotics and other emerging technologies.

“What I spend a lot of time thinking about is what is the right balance,” he said. “What do we have to have available to fight and win our nation’s wars, and where do we assume risk to keep our modernization efforts on track.”