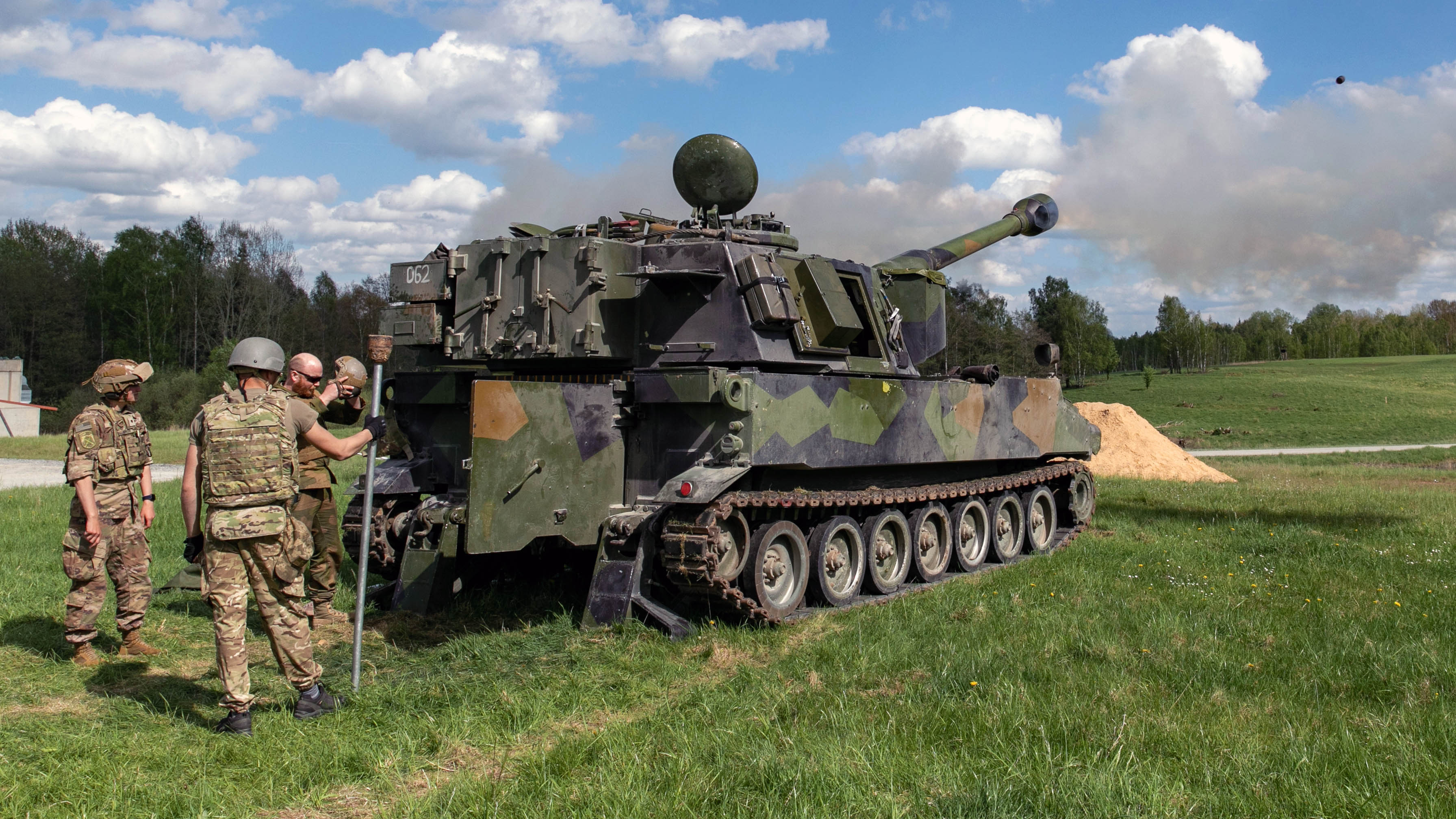 “We’ve got the entire Center for Army Lessons Learned over there [in Europe] to capture these observations so that we can come back, check our doctrine, make sure it’s up to speed,” said Funk, who expects the doctrine to be released “sometime before the end of the calendar year.”

In addition to learning from Ukrainian forces’ fight against the Russians, Funk said training future leaders in multidomain operations doctrine will take place in the Army’s schoolhouses, but not before soldiers master the basics.

“We don’t need a lot of lieutenants worrying about FM 3-0,” he said, referring to the warfighting doctrine in the Army’s operations field manual. “We want you to understand your platoon doctrine, move, shoot, communicate, be competent with your weapons systems. Let’s build leaders of character, let’s do the basics, and from there, you then begin to build [more advanced knowledge],” he said.

Funk said he wants “repetition to be the key” to learning. “We’ve got to get back into the books, reestablish what it means to be those professionals that learn and grow,” he said.

The Army’s combat training centers, Funk said, are “a significant advantage” as units and the opposing force use real-time lessons learned in all domains, including cyber and space, and train and fight through difficult situations such a loss of communications.

Additionally, the expansion of initial entry training for enlisted infantry and armor soldiers at Fort Benning, Georgia, from 14 to 22 weeks, he said, allows more time for the repetitions soldiers need to gain proficiency before arriving at their first assignments.

“It makes all the difference in the world,” Funk said. “When they come in [to a unit], they’re actually contributing members to the team … taking some of the burden off the operational force by having these competencies they didn’t have before.”