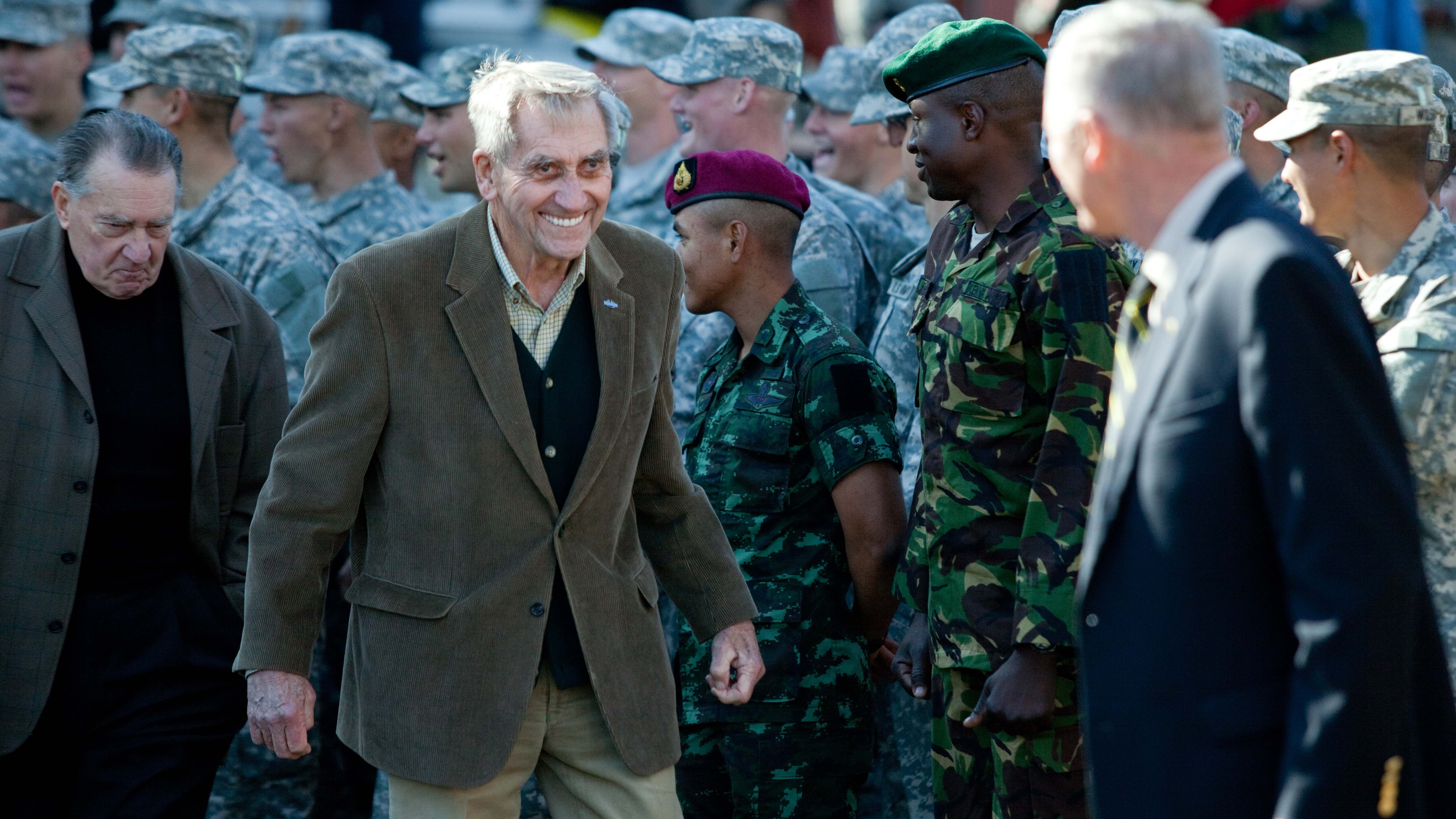 A soldier’s soldier and an icon in the Ranger community, Grange was born April 9, 1925, in Lake Ronkonkoma, New York. He enlisted in the Army in 1943 and was assigned to the 517th Parachute Infantry Regiment. He fought in World War II in Europe in the Rome-Arno, Southern France, Rhineland, Ardennes and Central Europe campaigns, where he made one combat jump.

After the war, he completed Officer Candidate School and was commissioned in May 1950 as a second lieutenant in the infantry. Assigned to the 187th Airborne Infantry Regiment, he deployed the next month to Korea as a rifle platoon leader. “What a way to start life as a second lieutenant,” Grange said in a 2016 Army news release.

He would serve a second tour in Korea as a rifle company commander and complete two more combat jumps, one each in the Battle of Yongju and Operation Tomahawk. For heroic actions in Korea, Grange received a Silver Star.

Following his Korea combat assignments, Grange served as a Ranger instructor and an Army staff officer at the Pentagon before being assigned to 10th Special Forces Group in Germany. In 1963, he became an adviser in Vietnam for the DoD Research and Development Field Unit.

In 1982, the David E. Grange Best Ranger Competition was created, a grueling competition that has taken place at Fort Benning, Georgia, every year since with few exceptions, and where Grange was an approachable figure who took the time to talk with soldiers, family members and reporters.

Grange, who was a member of the Association of the U.S. Army, was an inaugural inductee in the Ranger Hall of Fame in 1992. In 2016, Grange was recognized as the Honorary Sergeant Major of the Army by then-Sgt. Maj. of the Army Daniel Dailey.

Beyond the awards and honors, Grange is remembered as an inspirational soldier who cared about the troops and motivated countless men and women to work hard and enjoy their service.

“For 97 years, this man gave every ounce of his life back to his family, his community, and his country,” reads a post on the Best Ranger Competition Facebook page. “Through his dedicated service to others, he in turn designed a legacy for us to receive as individuals, as soldiers, and as an entire community. He is THE Standard. The legend of the game.”