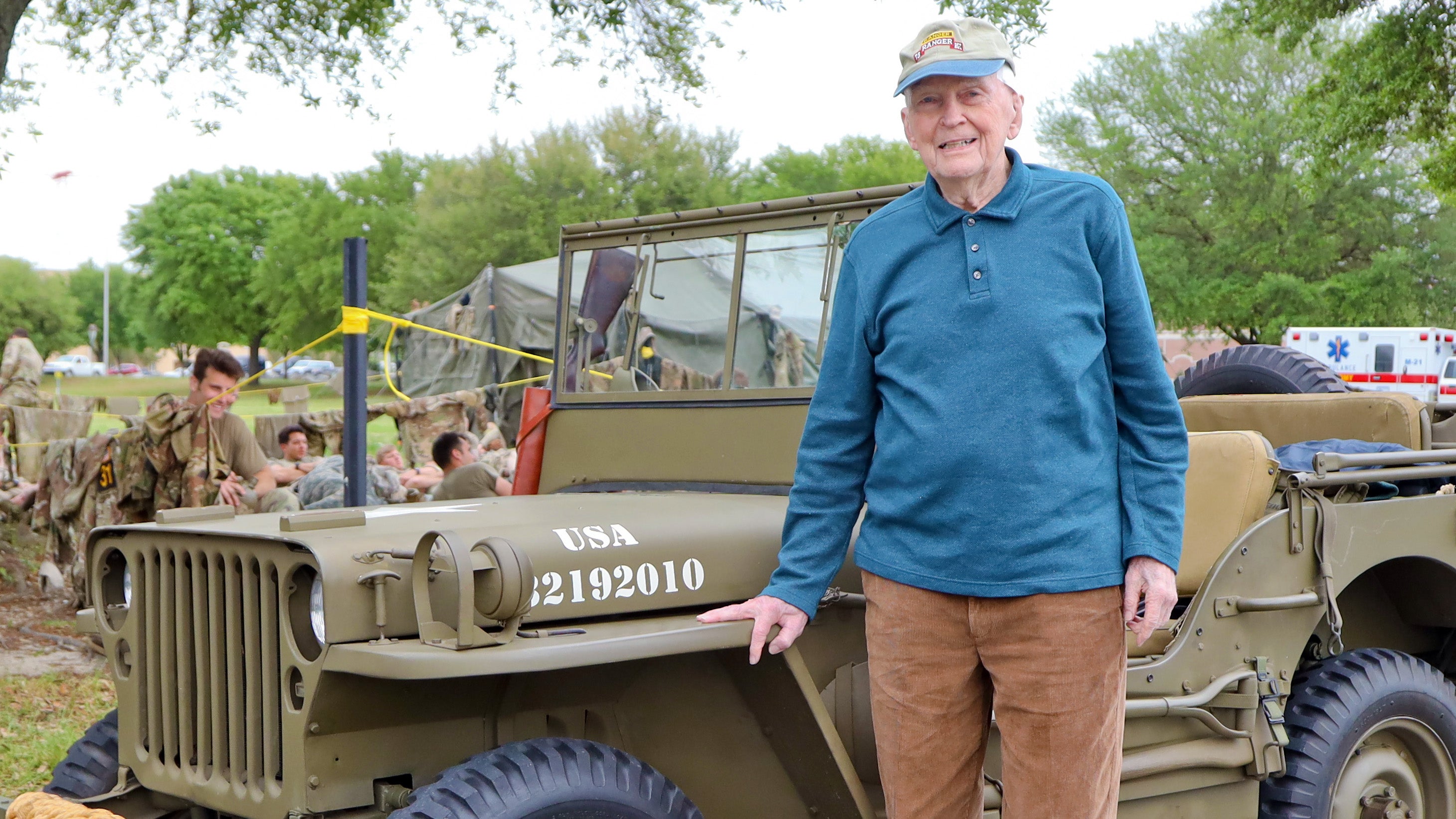 Puckett is being honored for his actions at the beginning of the surprise Chinese intervention in the conflict, which “changed the entire complexity of the war,” according to the Army.

On Nov. 25, 1950, Puckett was commanding the Eighth Army Ranger Company, which had seized Hill 205 at the point of the 25th Infantry Division’s advance. The unit was cut off from friendly forces and surrounded unexpectedly by large numbers of Chinese soldiers.

“I felt all alone, but totally focused on my direct responsibilities and prepared to hold the high ground,” Puckett said in an Army news story.

He was wounded by a hand grenade during the first Chinese assault on the hill, and twice more during the battle. Despite his wounds, Puckett continuously braved enemy fire to check on his soldiers and directed “danger close” artillery strikes near his own position as Chinese soldiers threatened to overwhelm his company, the Post reported.

After repulsing several waves of attacks for nearly five hours, the barely conscious Puckett was forced to order a retreat. Two of his Rangers, Pfcs. David Pollock and Billy Walls, carried him to safety.

“Colonel (R) Ralph Puckett is a true hero. His actions on Hill 205 at the start of the Battle of the Chongchon River, rushing through intense enemy fire to check on his Soldiers saved many lives. We should all be proud of his actions and strive to emulate his noble legacy,” Army Chief of Staff Gen. James McConville tweeted.

After retiring from the Army in 1971, Puckett remained active in military affairs. Most recently, he spoke at the Army’s Best Ranger Competition on April 16 at Fort Benning, Georgia.

“Thank you for being who you are and doing what you’re doing,” Puckett told the soldiers competing in the three-day event. “You set the standard for the Army. … I appreciate all you do for our Army and our country.”