Leadership Lessons at the Army Museum

Leadership Lessons at the Army Museum 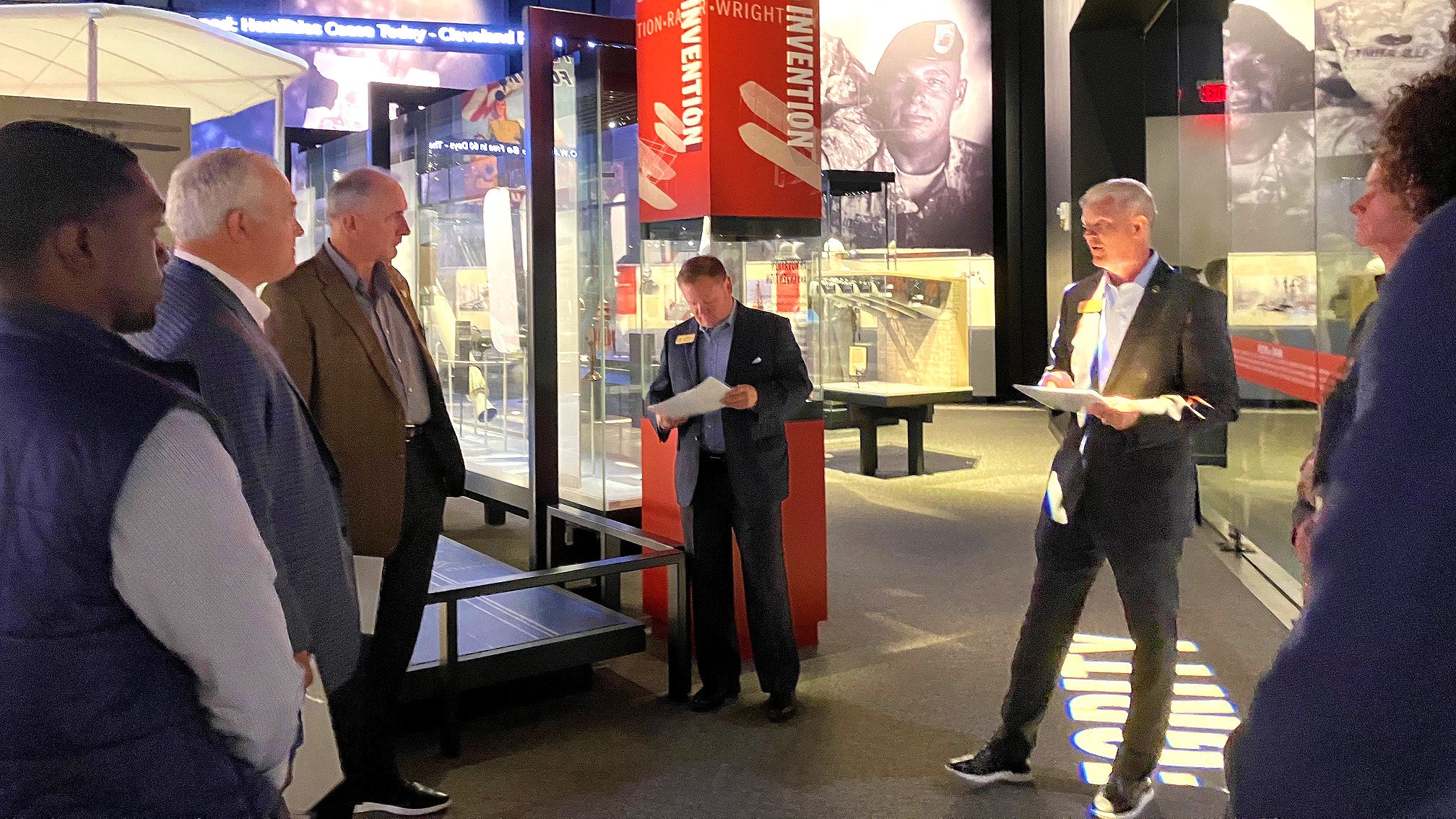 In the run-up to the Association of the U.S. Army’s 2022 Annual Meeting and Exposition, the association’s Center for Leadership hosted a half-day staff ride focused on the importance of building trust in military and business settings.

Using the stories of well-known and lesser-known heroes who served in the U.S. military, the program was designed to show how trust helps create stronger teams. “Trust is tough to build and can be lost in a second,” said retired Gen. Bob Brown, AUSA president and CEO and an Iraq War veteran who served more than 38 years in uniform. “Trust makes the difference from having a mediocre organization or a great home.”

The Oct. 8 staff ride to the National Museum of the United States Army at Fort Belvoir, Virginia, included a mix of U.S. and foreign military members and industry representatives.

One of the earliest examples that set the tone for U.S. military service came from Gen. George Washington, who displayed strong leadership in 1783 when his troops threatened a coup over back pay and pensions, said retired Col. Scott Halstead, Center for Leadership director.

Washington calmed the troops with a promise that the Continental Congress would pay them, something the soldiers trusted because Washington had made it a point to spend time in military camps with the troops. “He was with them in the hardest times, and he understood the big picture,” Halstead said. “His moral character preserved our hard-fought gains,” Halstead noted, adding that the promised back pay did take years to come.

The museum tour also looked at the heroism of 1st Lt. Alonzo Cushing, a Civil War artillery officer who didn’t receive his award for valor until 2014. An 1861 graduate of the U.S. Military Academy at West Point, New York, who served in many battles, Cushing died in command of an artillery unit where he had continued to lead despite severe injuries and being ordered to the rear to get treatment, said retired Command Sgt. Maj. David Clark. “He was a leader of character,” Clark said, speaking in front of a Cushing display at the museum. “There was no quitting in him.”

The tour also looked at the value of paying attention to ideas that come from the bottom up, in addition to traditional top-down commands. Highlighted was the effort of Sgt. Curtis Culin, a World War II soldier who solved the Army’s maneuver difficulties after the Normandy landings by finding a way to turn Nazi obstacles in hedgerow cutters attached to the front of American tanks.

Brown described this as an important sign about listening to ideas from lower-ranking people and being able to quickly make changes, something he is “a great trait in the U.S. Army.”

The museum outing concluded with remarks by retired Gen. David Perkins, the former commander of Army Training and Doctrine Command who commanded the 3rd Infantry Division’s 2nd Brigade when it became the first unit to cross into Iraq during the 2003 invasion.

“There is nobody who is not important in an organization,” Perkins said, adding that a key element of being a good leader is “providing clarity of purpose.” Things don’t aways go as you wish, he said, which makes clear messaging that much more important.

Good leaders also need to be willing to take risk, he said, but they must have a careful plan for it. “You need to set a climate of trust, so people are obligated to give you bad news,” he said.

Perkins and Clark are both distinguished chairs of AUSA’s Center for Leadership.