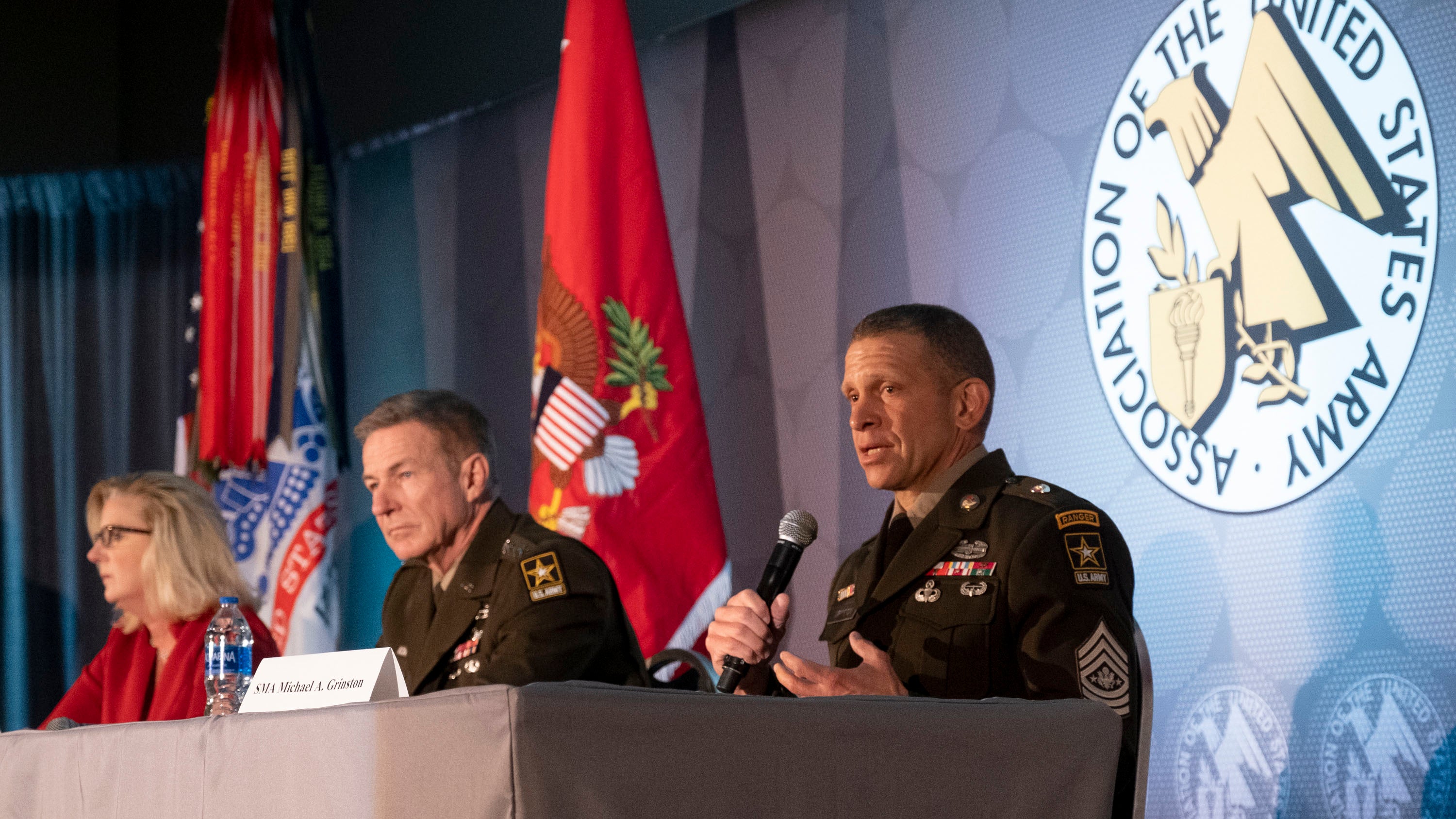 Questions about mental health and access to behavioral health providers prompted a frank discussion with Army senior leaders at the Association of the U.S. Army’s Annual Meeting and Exposition.

Addressing a standing room-only, town hall-style forum with military families, Army Secretary Christine Wormuth gave her assurance that seeking help is “nothing to be ashamed about,” acknowledging that she has sought counseling during difficult times in her own life.

Wormuth also recognized that finding providers in the Army is a challenge, even though she believes “we are doing a better job of making behavioral health resources available.”

“One of the biggest challenges we have, though, is nationwide we have a shortage of behavioral health resources, and I think one of the biggest things we’ve got to keep working on is trying to increase the capacity of the behavioral health resources that are available for our folks, particularly in more remote locations where it can be hard, harder to hire civilians,” Wormuth said at the Oct. 11 town hall.

Wormuth, Army Chief of Staff Gen. James McConville and Sgt. Maj. of the Army Michael Grinston invited the audience to hit them up with their pressing issues, no matter how difficult they may be. The leaders fielded questions about housing problems, inflation, spouse employment, family resources such as the Exceptional Family Member Program and Army Community Services, and how the reorganization of Army health systems would affect the number of providers at medical treatment facilities.

But the discussion on mental health, suicide and resources dominated much of the 90-minute session.

McConville concurred with a question from the audience that a mental health checkup should be as routine as managing a physical ailment such as heart disease, while also recognizing that “we need to have resources available.”

“Just like heart disease, if you treat [mental health] early on, when things are just not developed, I think we can save a lot more lives,” he said. Some leaders are already going out and encouraging their soldiers to get a behavioral health check just like they would check their cholesterol. “I think we need to continue to do that,” he said.

Reiterating a story he has told since November at other town hall meetings, Grinston acknowledged that he has sought help, and after “a tough summer in the Grinston family,” he said, he sought help again, emphasizing the message that there is no shame in asking for help.

But he cautioned the audience that going to behavioral health is “not a panacea for all your problems.”

“I say that because we are human beings, and this is just what I believe—that connections matter,” he said. “The more connections you have, the better, so we can’t just say, ‘Oh, just go to behavioral health,’ but if you have no friends, you have no family, I think you're still at the risk for a lot of things.”

Grinston urged the audience to consider broadening their idea of what it means to have connections beyond behavioral health providers.

“Some of those resources are your family, your friends, your golf buddies, your running partners, the chief of staff of the Army, right? That’s your squad,” Grinston said, teasing McConville, before ending on a serious note.

If people are going to behavioral health and they feel like they’re still “having a lot of issues, it’s because we are not connecting all of the dots,” Grinston said. “Again, it’s 100% OK to seek behavioral health. I still have my [top secret] clearance, I still get to go to all the meetings.”