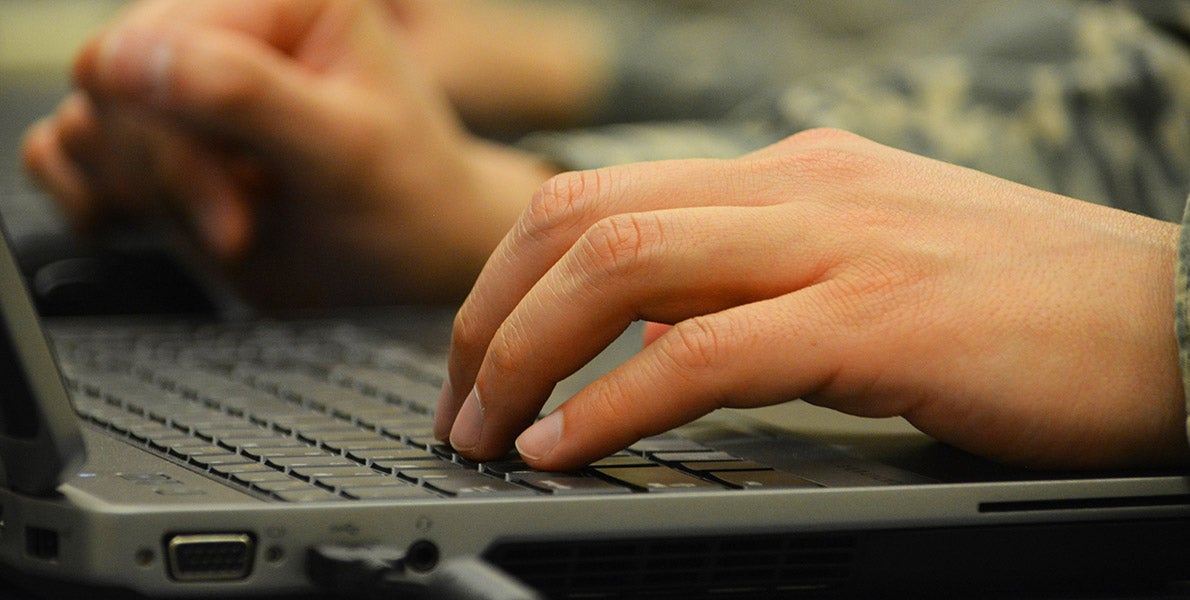 Army leaders have taken action in the wake of a photo-sharing scandal involving images of female Marines.

Additionally, a social media handbook was developed by Army public affairs encouraging soldiers to use a “think, type, post” approach to using online sharing sites, and a letter signed by the Army’s top leadership emphasizing dignity and respect as part of Army values was issued in mid-March, Evans said.

“The Army has worked diligently to develop a holistic continuum for professional conduct in all aspects of soldiers’ and Army civilians’ lives,” Evans said. Online-conduct training has been incorporated into institutional, command and unit training packages, including topics such as sexual harassment and assault, bullying, hazing, stalking, discrimination and retaliation, he said.

The instruction about social media and online conduct “includes multiple vignettes to generate analysis and discussion, with checks on learning,” Evans said, adding that the lesson also “dispels the myth of anonymity, nonattribution and impunity surrounding soldier use of social media.”

Here is the letter signed by Army leadership:

Online Conduct of Members of the Army Team

As members of the world's premier fighting force, our Army Values demand that we treat others with dignity and respect. Recent misconduct on social media has deeply affected our military community. Online misconduct reflects poorly on our Army Values and the Army Profession. Members of the Army Family - Soldiers and Civilians - are expected to uphold the Army Values, on and off duty - at the motor pool, office, or gym; at home; and in combat.

We are all figures of public trust and our conduct must be exemplary. Standing shoulder-to-shoulder with fellow Soldiers from reception stations through basic training, AIT, and combat deployments builds trust that is forever weakened or erased when a fellow Soldier is victimized by disparaging and degrading comments made in person or posted on social media. The assumption of anonymity on social media is false. Active participation and passive tolerance of online misconduct are equally destructive to the foundational trust essential to our ability to decisively fight and win the Nation's wars.

Commanders and leaders will reinforce a positive command climate free of misconduct, or the appearance of condoning misconduct. We expect Soldiers and Civilians to adhere to AR 600-20, Army Command Policy, and the Army's Online Conduct Policy, which together state that harassment, bullying, hazing, stalking, discrimination, retaliation, or any other type of misconduct are contrary to Army Values.

We expect leaders and influencers from the squad level up to talk about and demonstrate what respect looks like at work, at home, and online. Make it clear that behavior and actions that are not consistent with our Army Values will not be tolerated in America's premier fighting force. Members of the Army Team should employ "Think, Type, Post" when engaging on social media sites. "Think" about the message being communicated and who could potentially view it now and for years to come; "Type" a communication that is consistent with Army Values; and "Post" only those messages that demonstrate dignity and respect for self and others.

Not in Our Army!

MARK A. MILLEY
Chief of Staff of the Army

DANIEL A. DAILEY
Sergeant Major of the Army