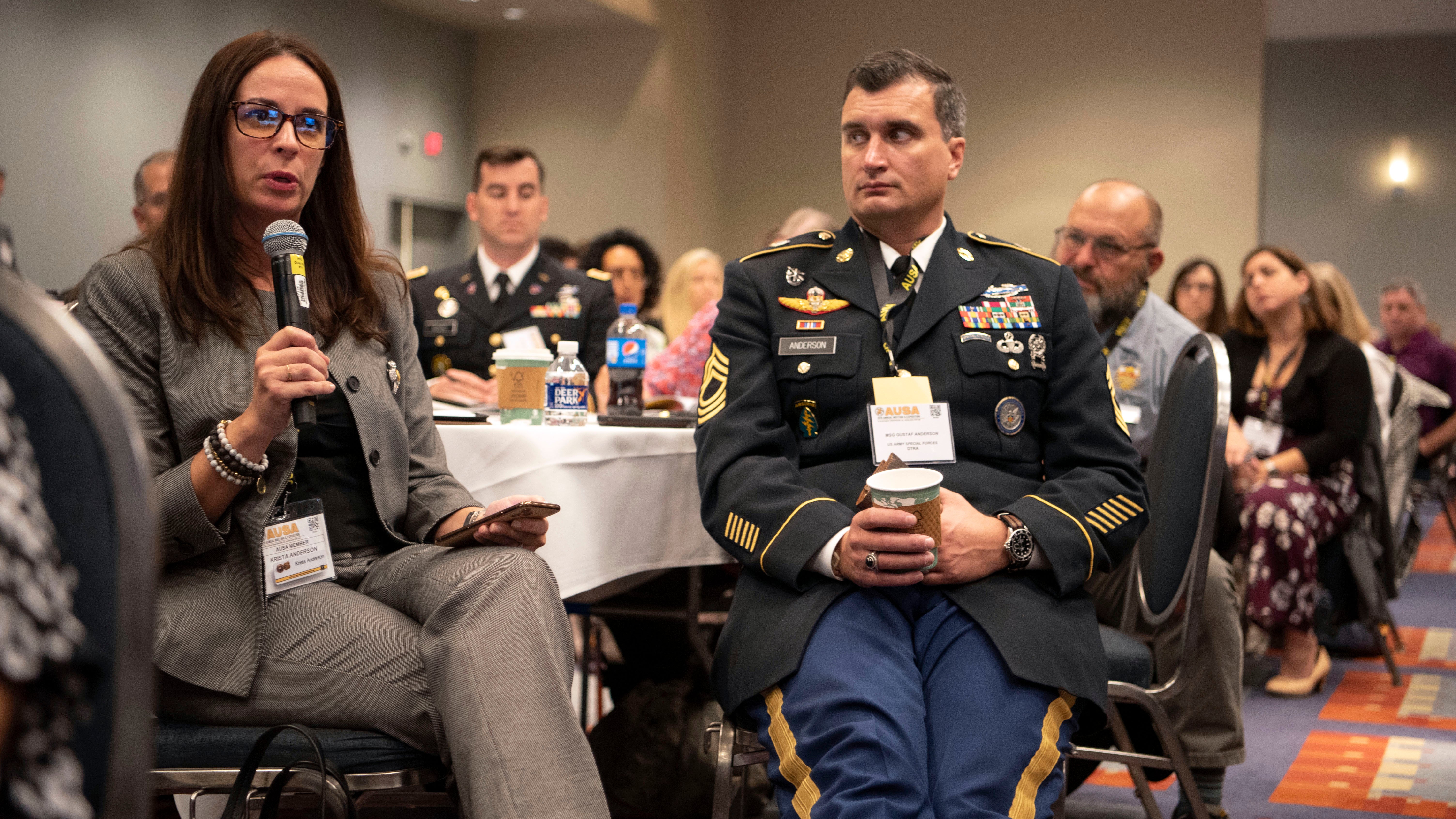 Army leaders heard a torrent of complaints from soldiers and family members over challenges they’ve faced with poor housing conditions and permanent change-of-station moves during a family forum Oct. 15 at the Association of the U.S. Army’s Annual Meeting and Exposition.

In response, the Army leaders tried to assure the room full of spouses and soldiers that they are acutely aware of the concerns and are working to correct the problems, including finding ways to better inform Army families of their rights and ensure their complaints get to their unit and installation leadership.

Maj. Gen. Timothy McGuire, acting commanding general of the U.S. Army Installation Management Command, conceded that the Army “broke faith with soldiers and families” with the management of privatized housing, and leaders “are moving to solve the crisis.”

Both the housing contractors and the Army were responsible for the eruption of complaints over serious health concerns and deteriorating conditions in privatized family housing, McGuire said.

“We’re in this for the long term,” he said, and have developed “a campaign plan” and put a four-star general in charge. “We are determined to get it right.”

This includes preparing a handbook to inform soldiers of the 10 rights they have relating to their housing and creating hotlines to allow easier reporting of problems. The Army also has received commitments from the housing contractors to clean up and improve houses, he said.

The Army is holding installation and unit commanders responsible for ensuring the quality of family housing, and he urged family members to report problems to their commanders.

Maj. Gen. Michel Russell, assistant deputy chief of staff for logistics, said his primary responsibility is fixing the household goods problem, and he is working with other leaders to do that.

Russell noted the approval of a new policy that would ensure soldiers receive their permanent change-of-station orders at least 120 days before the planned move. The Army and Defense Department also are working on a national system to contract with and hold moving companies accountable.