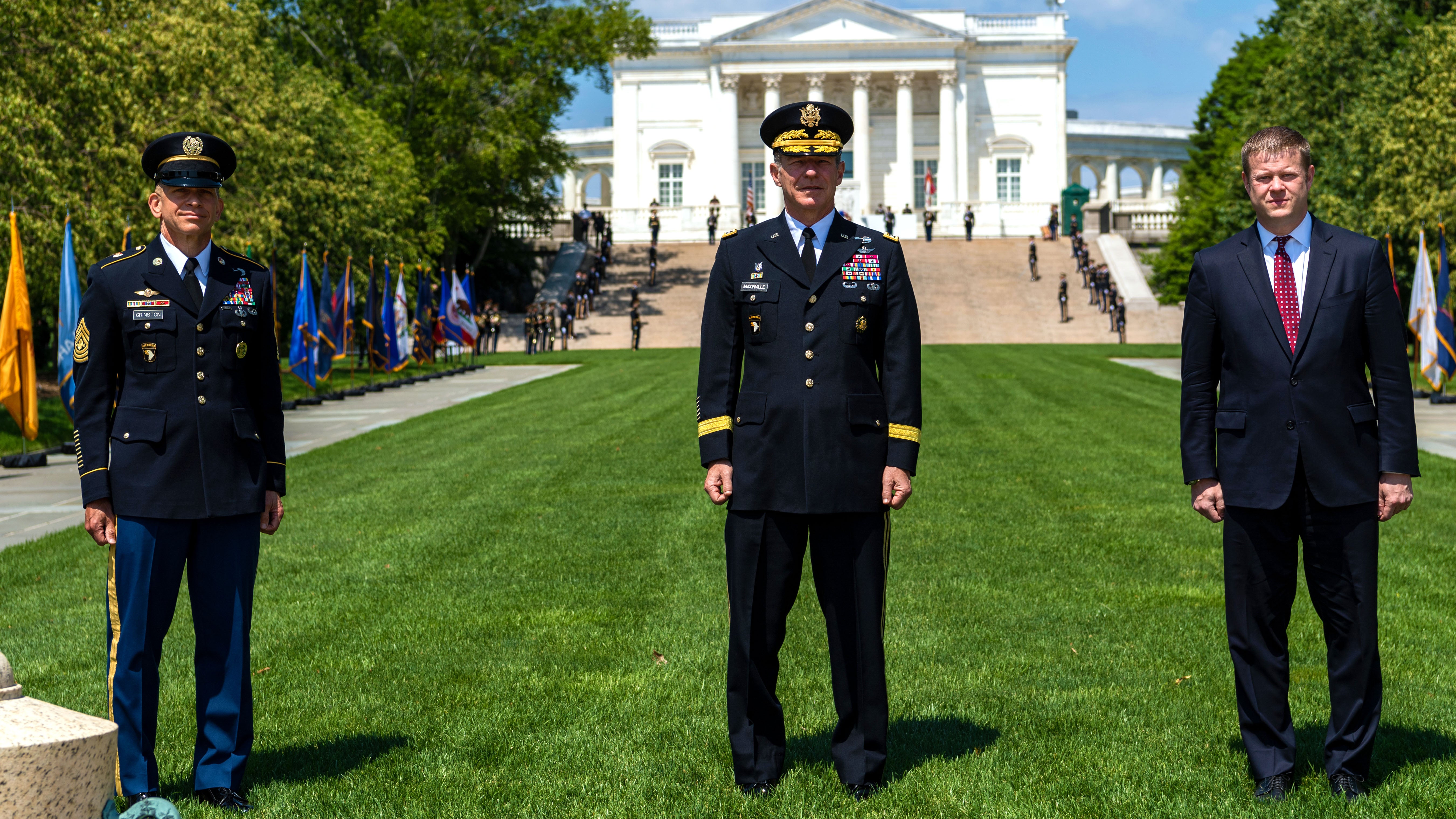 When it comes to diversity, equality and soldiers’ safety, Army senior leaders want soldiers to know that they’re listening and learning—and, most importantly, making changes.

“That’s what makes us who we are,” McConville said. “And if we see that not happening, then every soldier, every leader has the responsibility to intervene and get it right.”

During the virtual town hall, McConville, Army Secretary Ryan McCarthy and Sgt. Maj. of the Army Michael Grinston discussed a variety of topics, but they also reinforced the Army’s efforts to build unit cohesion, protect soldiers and improve diversity and equality across the force.

Diversity is the “strength of the Army,” McConville said, noting that 20% of soldiers are African American, 14% are Hispanic and 18% are female.

Army leaders have been traveling to various installations to have discussions with soldiers about diversity, equality and inclusion as part of Project Inclusion. The new initiative aims to improve these areas “across the force and build cohesive teams,” according to the Army.

The senior leaders want soldiers in “every echelon” to have these conversations—and that’s not merely a suggestion, McConville said.

“We are directing you to do it,” he said. “We’re going to be checking to make sure this has been done at every single level.”

McConville said the Army also needs leaders to “aggressively get after” sexual assault and harassment, racism and extremism in its ranks.

“The way I want our soldiers, our leaders to look at sexual harassment [and] sexual assault is it's a deliberate fratricide,” he said. “It's one of our soldiers intentionally hurting another soldier.”

The Army doesn’t tolerate that type of behavior on the range, in training or on the battlefield, but more needs to be done so people intervene when “it comes to sexual harassment and assault,” he said.

“What I need every leader to do is to teach our soldiers, to teach our leaders, that they must intervene,” McConville said. “That needs to become part of our culture.”

Beginning in October, soldiers in the Basic Leader Course, which is for specialists and corporals preparing to become sergeants, will talk about building trust within their squads, Grinston said.

The Army is also looking at revising promotion board questions to include situational questions, such as what to do with a sexual assault claim, so soldiers “learn how to react in those areas” and promote prevention, he said.

The move follows the Army’s decision to remove official photos and data identifying a soldier’s race, ethnicity and gender from selection and promotion boards beginning Aug. 1.

“We have to listen here and then act,” Grinston said.