Leaders Focus on Quality of Life for Soldiers, Families

Leaders Focus on Quality of Life for Soldiers, Families 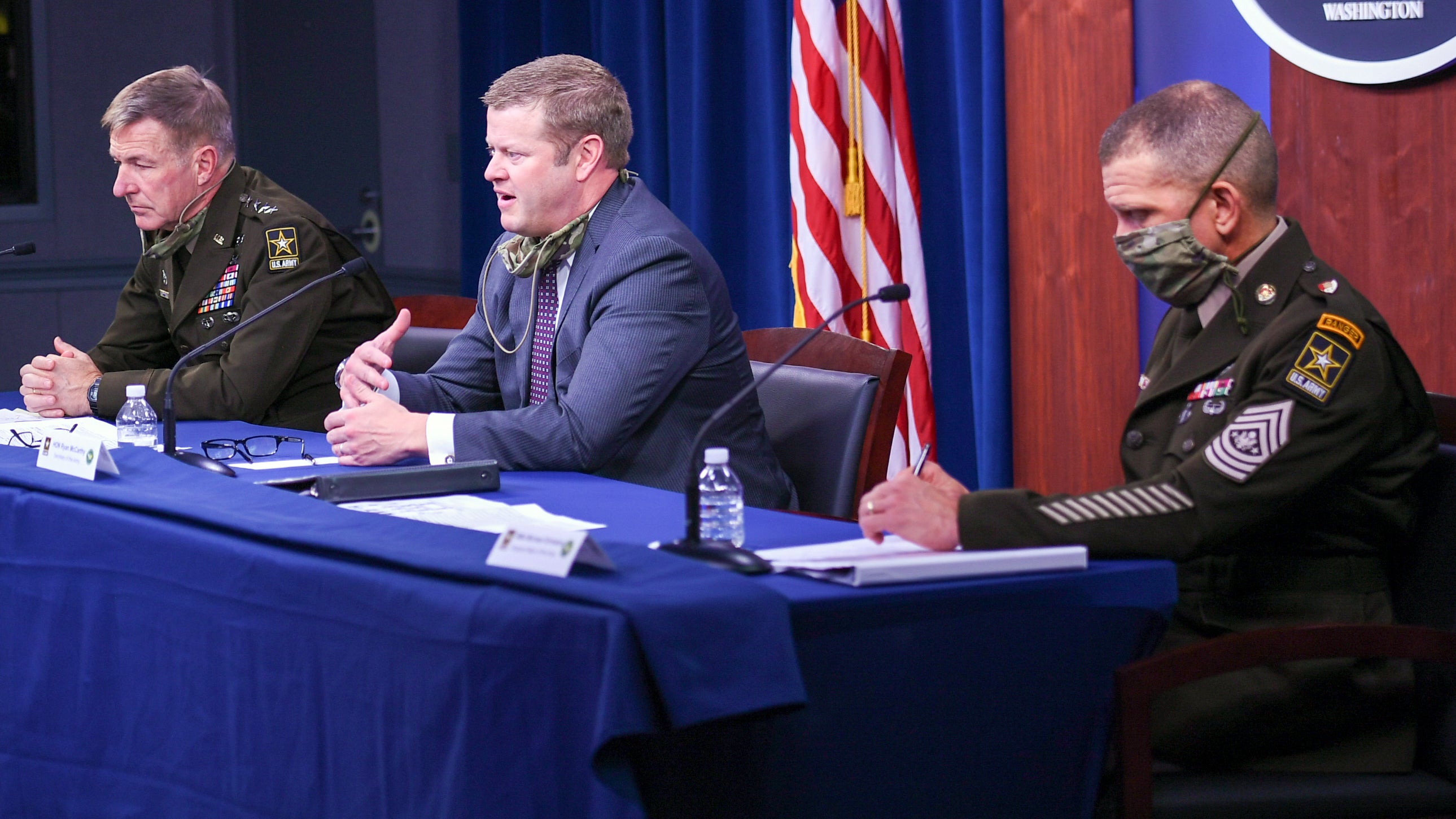 The Army is making progress—and seeing results—after rolling out several initiatives within the past year to improve quality of life for soldiers and their families.

“We listened to your feedback, understood the issues and laid out our way ahead,” Army Secretary Ryan McCarthy said Oct. 15 in a town hall meeting during AUSA Now, the Association of the U.S. Army’s virtual 2020 annual meeting.

McCarthy said the Army is focused on making sure it offers safe and affordable on-post housing while holding housing companies “accountable” and improving oversight of their efforts.

“The Army and private housing companies are on track to invest up to an additional $2.8 billion for Army housing over the next five years,” McCarthy said, which will lead to 3,800 new homes and nearly 18,000 renovations of Army homes and installations across the country.

The Army also has invested $9 billion to improve barracks between fiscal years 2020 and 2030, he said, adding that it has already executed more than $780 million in work.

McCarthy said Army leaders are reviewing “every penny” in the investment plans to ensure dollars are maximized and quality housing is provided.

“We want to make sure we have quality barracks,” Army Chief of Staff Gen. James McConville said. “It's going to take some time, but we are committed to making that happen.”

Among some of the other initiatives, earlier this year the Army announced changes to improve spousal employment opportunities. They include the expansion of hiring authority and a new “mechanism” that allows spouses to transfer their jobs from post to post, McCarthy said.

PCS moves were also made a little easier this year, despite the COVID-19 pandemic, as Army leaders implemented initiatives to increase lead time for PCS orders up to 120 days, establish a committee for moving issues, hire quality assurance inspectors and provide help with relocation expenses.

Through “trying times” in child care this year, McCarthy said the Army increased staffing by 7%, with plans to add 5,000 child care spaces and nine child development centers over the next five years.

“We have over a million soldiers, and every single one of them deserves high-quality services in those areas,” McConville said. “We’re all committed to that, and we won’t rest until that’s all taken care of.”