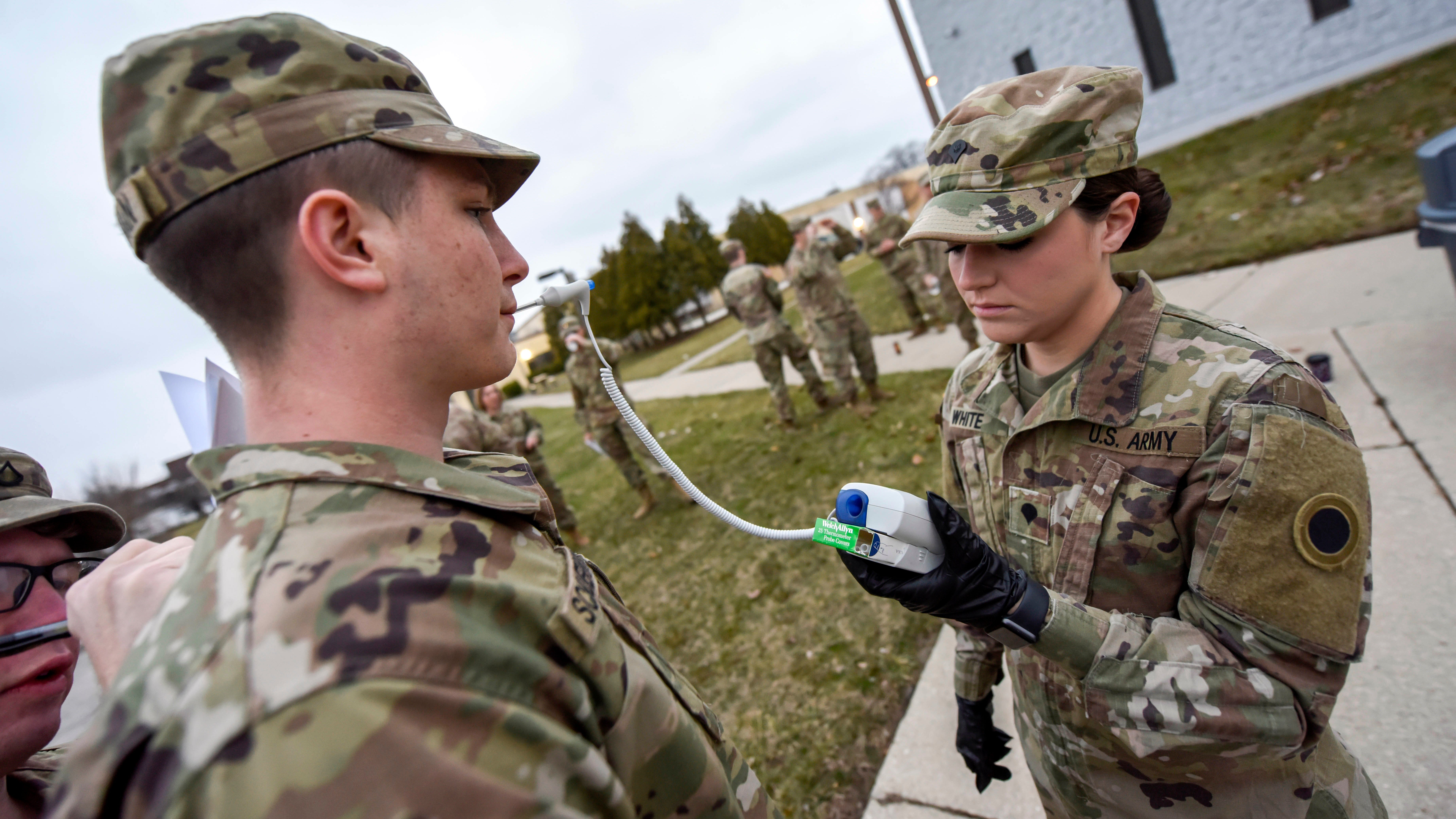 The Army is stepping up its efforts to stop the spread of the COVID-19 virus while trying to strike a balance between protecting soldiers and their families and maintaining readiness, senior Army leaders said.

“[Commanders] know they have a wartime mission that they have to train for. They also know they need to protect the force, [or] they’re not going to be ready when they’re called,” Army Chief of Staff Gen. James McConville said during a news briefing March 26.

Soldiers can still train and exercise while meeting some of the Centers for Disease Control and Prevention’s guidelines, such as social distancing. The Army is “watching the threat” and will ramp up procedures as it becomes more prevalent, McConville said.

In the meantime, the Army has raised the Health Protection Condition level to “Charlie” across all installations, which means installations will limit access to essential personnel only and limit the number of access points.

The Army, in accordance with Defense Department guidance, has also halted troop movement around the world, including for deployments, exercises and permanent change-of-station moves.

Lessons learned from Asia, specifically actions taken in South Korea, where thousands of soldiers are stationed, helped the Army shape its coronavirus response efforts in the U.S., but the lack of information and awareness early on made it challenging, Secretary of the Army Ryan McCarthy said.

Despite being “on the front end of the storm” earlier this year, affected countries didn’t have much data available, McCarthy said, and it took time for people to understand what was happening.

“Once Europe really started lighting up, that’s when you saw this is a virus. It was just morphing very quickly,” McCarthy said. “It’s just it has been a very, very complex issue.”

McConville said the Army isn’t shutting down installations to contain the virus’ spread, but it is taking steps to limit exposure, which can be challenging because about 70% of soldiers live off-post.

Lt. Gen. R. Scott Dingle, the Army surgeon general, said the number of cases will continue to rise if cautionary measures aren’t practiced. Social distancing, he said, will be a “key factor.”

Right now, the Army has 19,000 test kits, but just how many it will need to use or whether that will be enough is unknown, he said.

“This is new territory,” Dingle said.