Last of West Point Class of 1976 is Retiring

Last of West Point Class of 1976 is Retiring 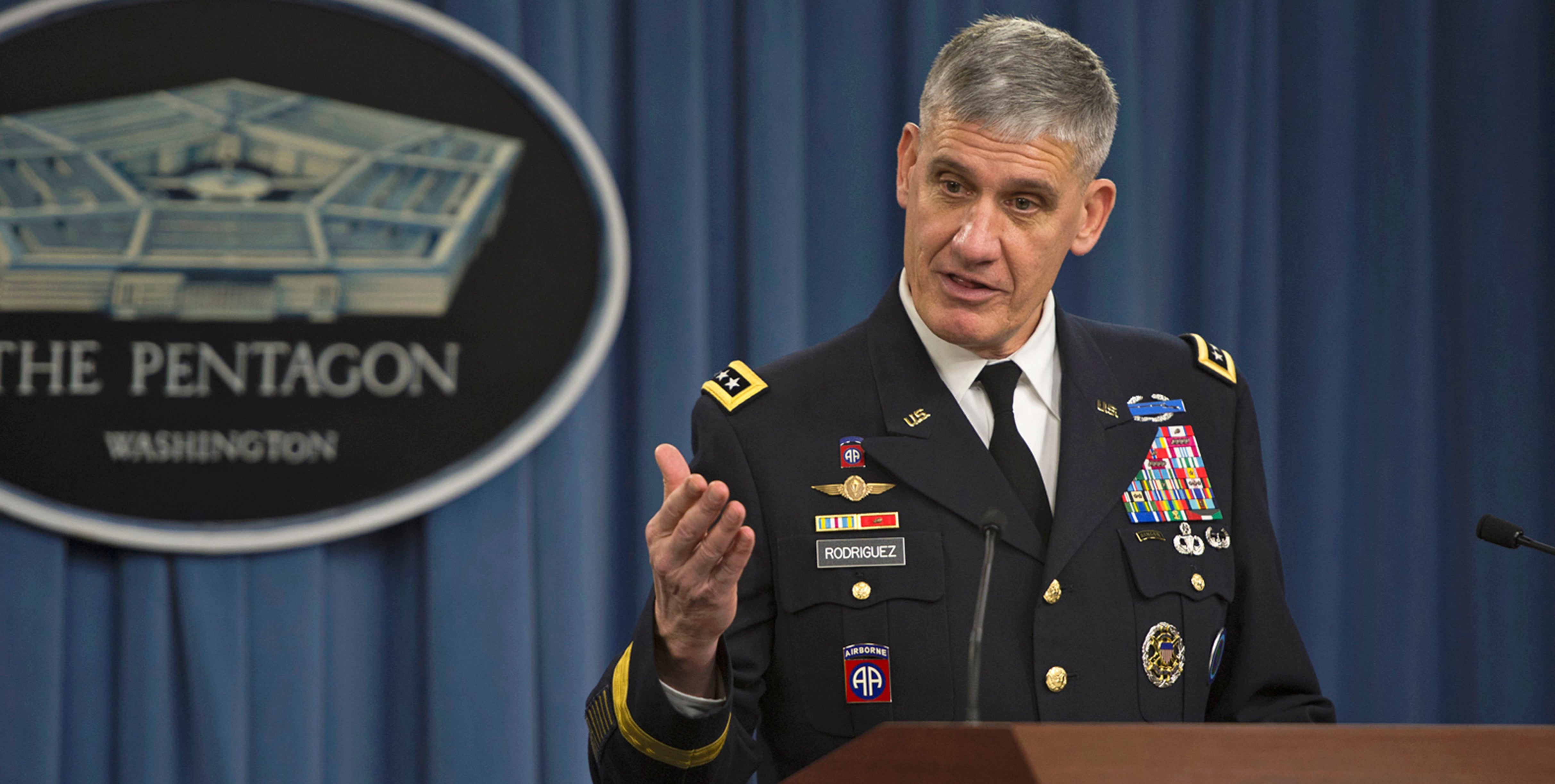 An era is ending as Army Gen. David M. Rodriguez, the last member of the West Point Class of 1976 on active duty, has relinquished command and is retiring.

The 62-year-old general, recruited to the U.S. Military Academy at West Point, N.Y., to play football, was part of what The Wall Street Journal called “A Class of Generals” because in 2009, the top generals in charge of the operations in Iraq and Afghanistan—and their deputies—were graduates from that year. There were at least 33 general officers produced from the Class of 1976.

This includes Gen.  Raymond T. Odierno, who went on to be Army Chief of Staff, and Army Gen. Stanley A. McChrystal, whose last assignment was as commander, International Security Assistance Force and commander, U.S. Forces Afghanistan.

Rodriquez commanded at every level of the Army during a 40-year career. His last assignment was as commander of U.S. Africa Command.

At the July 18 change of command ceremony, Chairman of the Joint Chiefs Marine Gen. Joe Dunford praised Rodriquez, saying he had done a “superb job leading AfriCom, and in particular making great strides in building relationships with African partners.”

Rodriguez previously was commanding general of the U.S. Army Forces Command, the 82nd Airborne Division, and the joint assignment as International Security Assistance Force Joint Command and U.S. Forces, Afghanistan. As a three-star, he served as military assistant to then-Secretary of Defense Robert Gates.

In a 2011 interview, shortly after receiving the Abraham Lincoln Award from the Union League of Philadelphia, Rodriguez said, “I travel around the world, to many, many places and talk with soldiers, sailors, airmen and Marines,” he said. “I tell them all there are 300 million people in the United States of America, living a pretty good life—and what they do every day helps that out … but what these World War II veterans have given us is why we get to live so well."