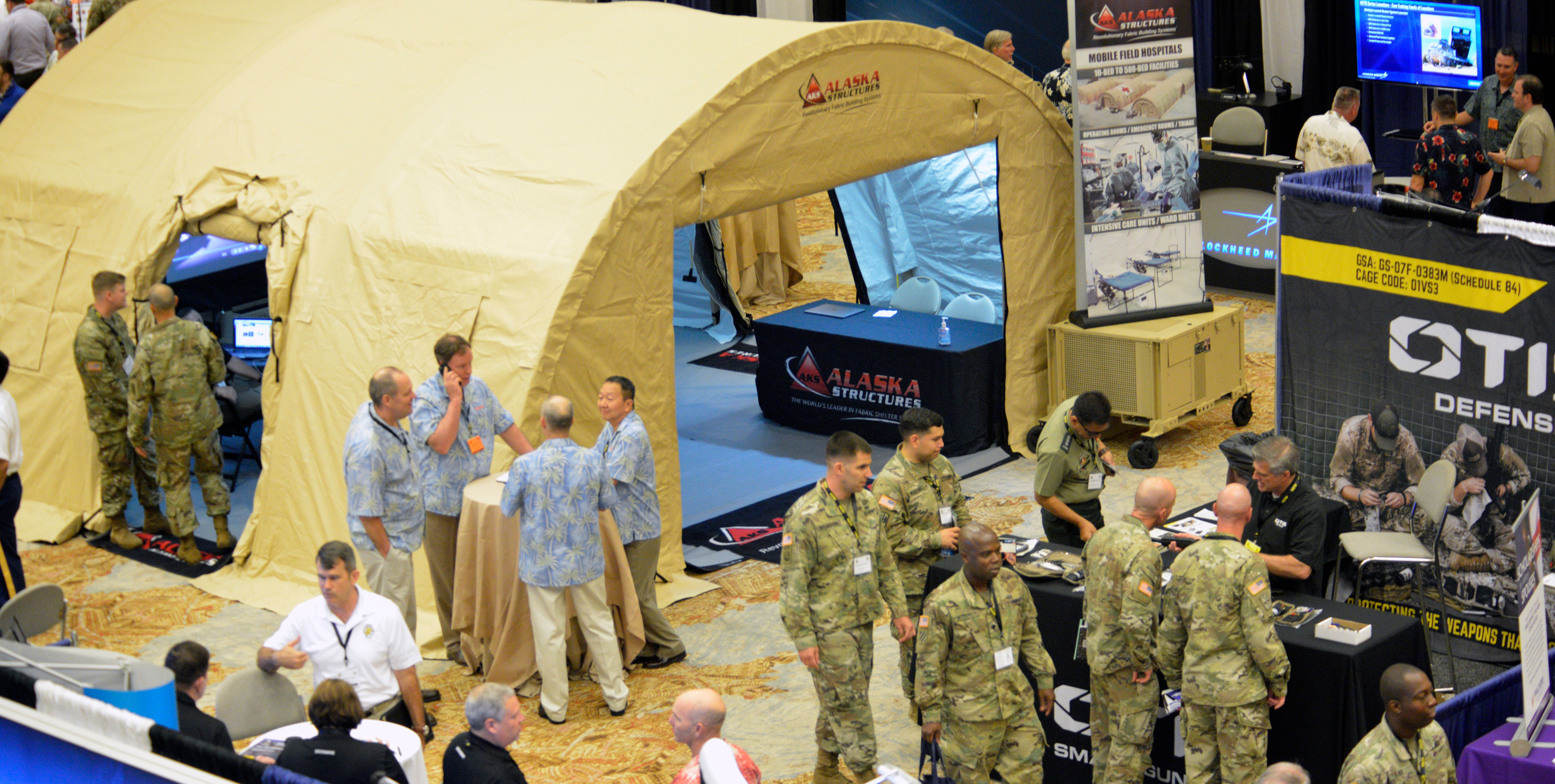 Almost 1,600 people – including 60 industry exhibitors and representatives of 26 armies – took part in LANPAC 2018, a timely discussion of landpower challenges in the Indo-Asia theater that ended just as President Donald Trump called off a June summit with North Korea.

This was the sixth LANPAC event hosted by the Association of the U.S. Army’s Institute of Land Warfare. Retired Gen. Carter F. Ham, AUSA president and CEO, said he was especially thankful to AUSA sponsors and exhibitors who were part of the professional development platform. “Thanks for your participation, thanks for your support,” Ham said.

“What a phenomenal week here,” said Gen. Robert B. Brown, U.S Army Pacific commanding general. “It was an extremely successful LANPAC, no doubt about it.”

“This was the best LANPAC ever,” said Brown, who said he has attended every year. “It is events like LANPAC that really give us hope in this world.”

The symposium and exposition in Honolulu included three days of speeches and panel discussions focused on professional development, training, strategy and operations. Much of the conversation centered on regional partnership and joint operations.

In a May 24 letter to North Korean leader Kim Jung Un, President Donald Trump said the “tremendous anger and open hostility” of recent North Korean statements led him to call off planned June 12 talks. Trump said called this a “missed opportunity,” and wrote that he still hoped a summit could be arranged.

The discussions at LANPAC were much larger than just talking about North Korea. Panels talked about multilateral responses to regional threats, planning for megacity warfare, non-kinetic power projection and expanding global partnerships. Panels also discussed leadership development, with one panel concentrating on non-commissioned officers. A financial planning and readiness seminar aimed at military spouses was also held in conjunction with the event. The final panel looked at multilateral approaches to humanitarian assistance and disaster relief missions.