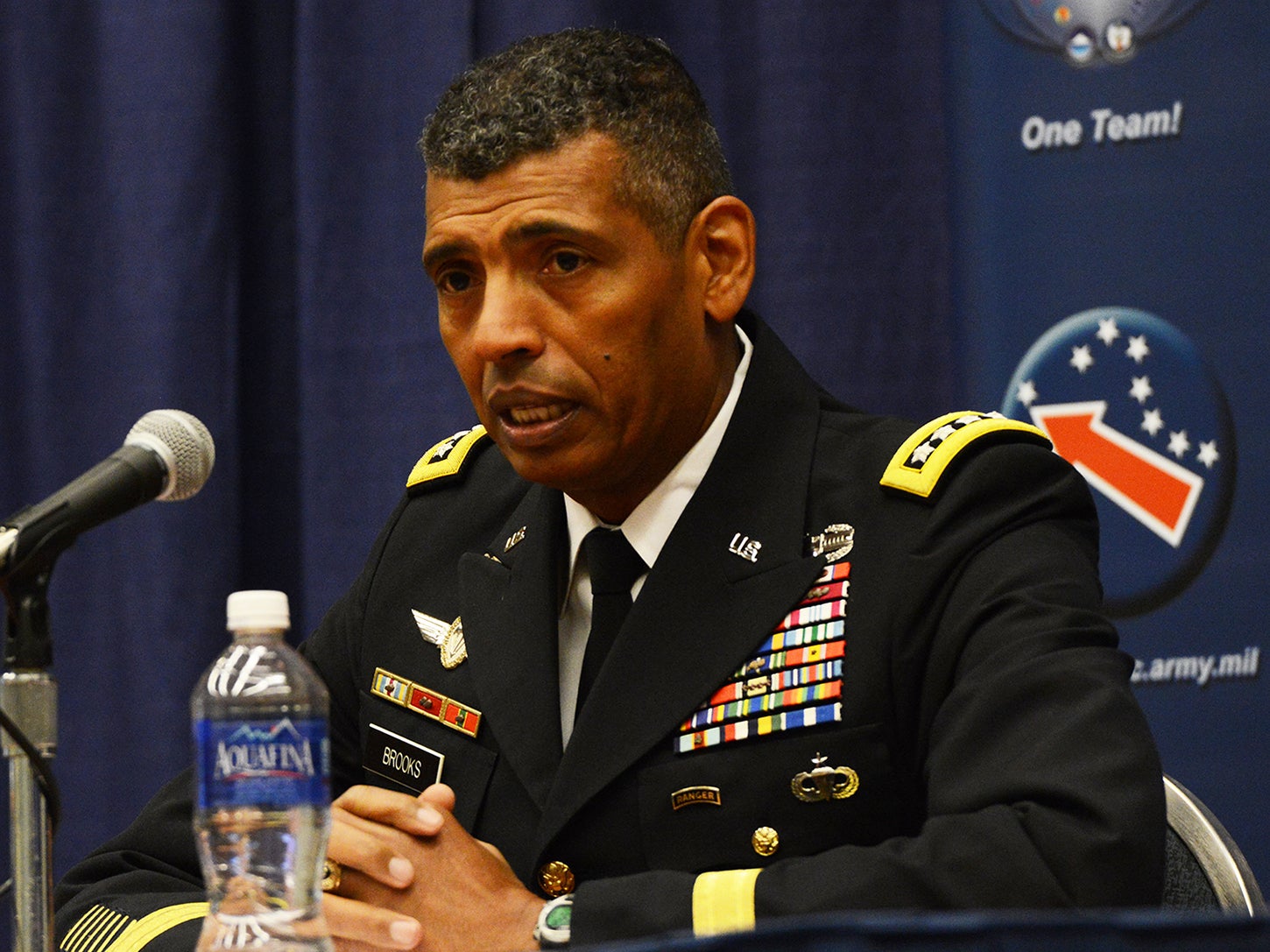 The Army’s top commander in the Pacific launched a three-day symposium in Honolulu saying much progress has been made building new and enhanced partnerships across the Indo-Asia-Pacific theater but “significant hazards remain.”Gen. Vincent Brooks, the U.S. Army Pacific commanding general, said there is still a risk of miscalculation and misunderstanding leading to conflict, there is always a risk of natural disasters requiring humanitarian assistance delivered by land forces. Army, Marine Corps and Special Operations forces have been involved, more than ever, in bilateral and multilateral exercises and training to build trust and “collective readiness to respond to unforeseen requirements,” Brooks said in the opening address for the LANPAC Symposium and Exposition, sponsored by the Association of the U.S. Army’s Institute of Land Warfare.The event is being held at the Sheraton Waikiki in Honolulu from Tuesday through Thursday.The U.S. Army has used combined exercises under the umbrella of the Pacific Pathways program to get more experience with other nations and also having an extended U.S. presence. Military-to-military connections are helping, in some cases, “keep together what has been strained relationships between countries,” he said. “It is opening doors.”Disaster exercises, for example, build multi-national coordination that can speed response when disasters such as the recent Nepal earthquakes devastate a country. There were already U.S. forces in Nepal, and were able to quickly help.Retired Army Gen. Gordon R. Sullivan, the former Army chief of staff who is president and CEO of the Association of the U.S. Army, said LANPAC was launched as an annual conference three years ago to emphasize the importance of landpower in the Indo-Asia-Pacific theater. The U.S. Army has been in the Pacific for more than 100 years, and “I think we intend to stay,” Sullivan said.On the eve of the event, an Asia-related National Security Watch paper was released by AUSA’s Institute of Land Warfare that related to the Pacific. Titled “Malaysia, Singapore and the United States: Harmony or Hegemony?”, the paper by Richard Lim, a national security analyst at the institute, outlines three factors why the U.S. is interested in relationship between the two nations: shipping lanes, the large Muslim population of both nations and the key role Singapore plays in balancing the interests between the U.S. and China.Lim says the partnership between Malaysia and Singapore is a triumph of pragmatism and cooperation in spite of ethnic divisions, long-running resentments and the presence of religious extremism and is a model for productive collaboration between countries around the world. He suggests that to leverage strong trade relationships, collaborate with Muslim communities, combat Islamic extremism and forge a more productive relationship with China, it is critical that the U.S. maintain separate, bilateral and tailored relationships with Malaysia and Singapore.In addition to expanded diplomatic efforts, Lin say the U.S. Pacific Command and U.S. Army Pacific should “forge closer and more comprehensive relations with both nations. Military cooperation should include continued exercises and joint operations—like those included in Pacific Pathways—to enhance capacity and interoperability between the U.S. Army and its counterparts in both nations. Only through collaboration can the United States pursue mutual interests with both Malaysia and Singapore and enhance regional security in a complex world.”A copy of the paper is available here: Malaysia, Singapore and the United States: Harmony or Hegemony?