Land Navigation is Coming Back

Land Navigation is Coming Back 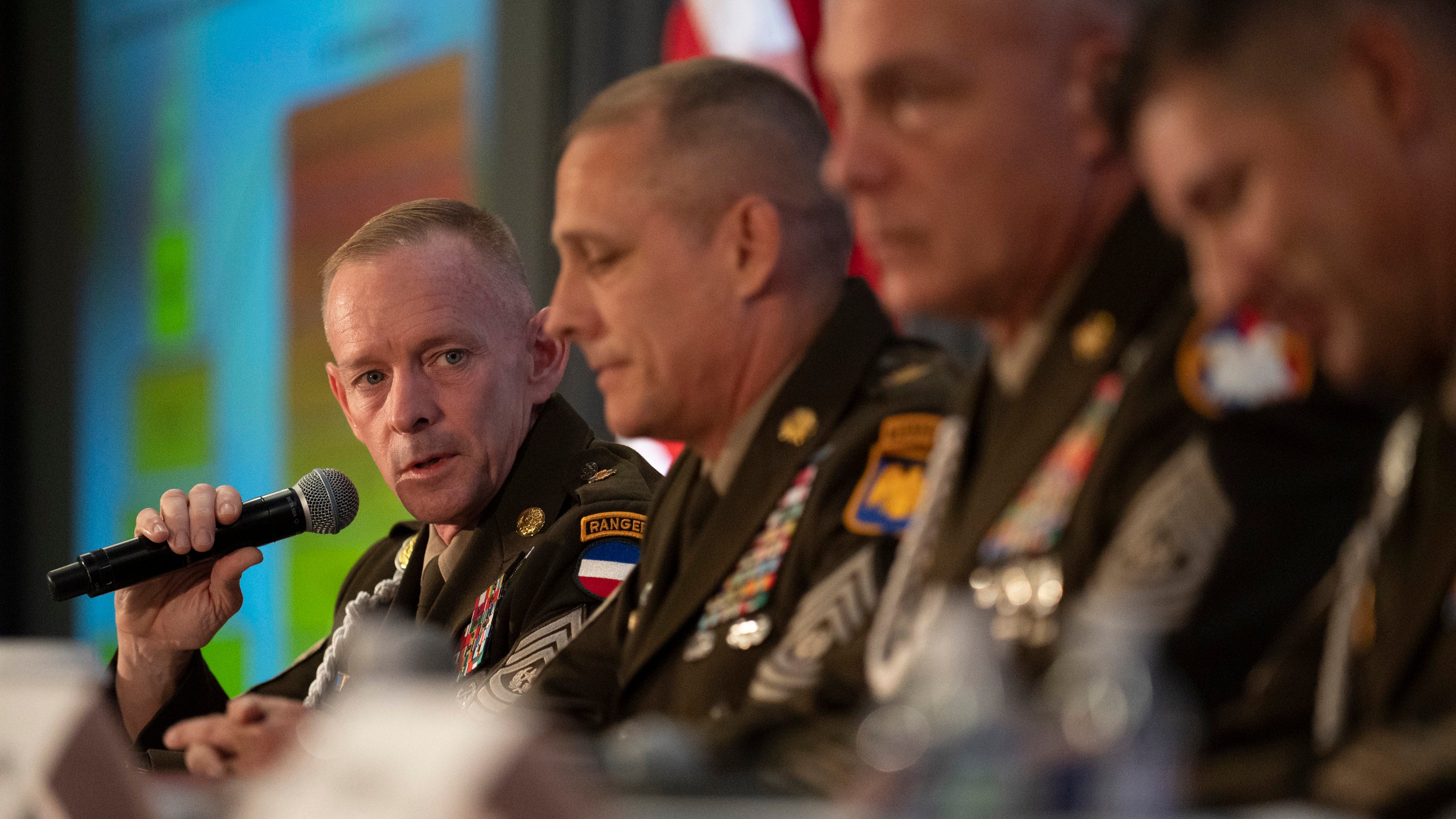 It’s time for a return to land navigation training, said some of the Army’s top enlisted leaders, who agree that despite advances in technology, soldiers must master the most basic task: how to get where they’re going.

Technology such as GPS is useful, “until you don’t have it, which we fully expect to happen,” said Command Sgt. Major Daniel Hendrex, senior enlisted leader for Army Training and Doctrine Command. Hendrex predicted that in the future, “No matter what we’re going to do, where you’re going to go, you’re going be back to some old simple things like protractor and a compass.”

The pilots will continue until enough data is gathered, but so far, Hendrex said, “on average there’s been a 40% to 60% failure rate on the basic skill of land navigation.”

Hendrex made his remarks at the Association of the U.S. Army’s Annual Meeting and Exposition in Washington, D.C., during a panel discussion on NCO training hosted by Sgt. Maj. of the Army Michael Grinston.

Soldiers who fail land navigation during the pilot will not fail the overall Basic Leader Course, but when land navigation becomes a test of record, failing it means failing the course.

“It’s about excellence, it’s about getting us back to the reps and sets of this thing that is critical to the professional soldier that we need to have,” Hendrex said.

Command Sgt. Maj. Todd Sims, senior enlisted adviser at Army Forces Command, pointed out that land navigation is a “skill level one task” that is critical to enabling mission command.

Testing on it to earn the Expert Infantry Badge, Expert Soldier Badge or Expert Field Medical Badge is great, he said, but it’s important to make it part of all soldiers’ professional military education.

“We have to be able to move from one point right around to another and be there on time,” he said. “NCOs inside [Forces Command] formations or whatever formation you’re in are supposed to teach soldiers land navigation. There’s nothing worse than when the commander gives you a time and a place to be with a grid on a map, and you don’t show up.”

During the discussion, Grinston described a scenario in which a tank crew has a mission to travel to a point to accomplish a task, but their platoon leader has been killed, communications are gone, the radio is down, there is no GPS and no way to call higher headquarters.

Asking the audience if the NCOs in the scenario could accomplish the mission, a staff sergeant in the front row told Grinston, “Roger that, sergeant major.”

“That’s what makes us the greatest Army in the world,” Grinston bellowed. “When the mission has been given and everything is bad, this staff sergeant up here said, ‘I will complete that mission because I know where to go, I don’t need GPS, I know how to read a map, and I can get there, and I will accomplish the task.’ That’s what makes our Army great.”

“When you ask me, do we need land nav? I say absolutely, yes,” Grinston said.