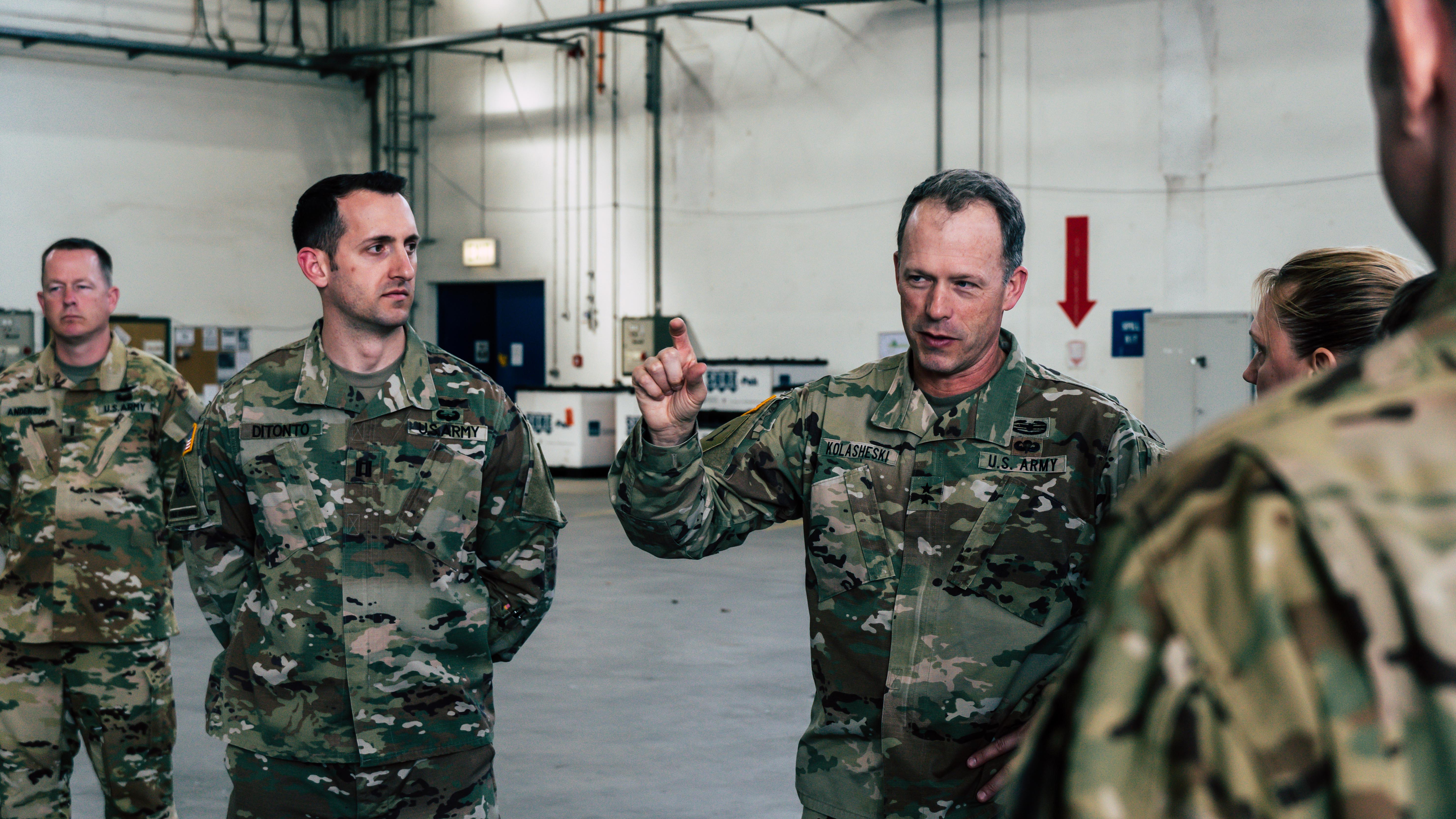 If confirmed by the Senate, Kolasheski will receive his third star.

The Army announced in February that it is bringing back Fifth Corps, also known as V Corps, almost seven years after it was inactivated. The corps is expected to be operational later this year at Fort Knox, Kentucky, and will have about 635 soldiers.

Once the unit is stood up, about 200 of its soldiers will support an operational command post in Europe on a rotational basis, the Army said. Most recently, V Corps had its headquarters in Germany. It was inactivated in 2013 as part of a larger restructuring of Army forces in Europe.

Kolasheski, who commissioned as an armor officer after graduating from Bucknell University, Pennsylvania, has commanded the 1st Infantry Division and Fort Riley, Kansas, since June 2018. He previously was deputy chief of staff for operations at Army Forces Command.

He has deployed to Iraq and Afghanistan and served assignments in Germany, Turkey and Kuwait.

In addition, Maj. Gen. Scott McKean, chief of staff for U.S. Central Command, has been nominated to lead Army Futures Command’s Futures and Concepts Center. If confirmed, he would receive his third star and succeed Lt. Gen. Eric Wesley.

The Futures and Concepts Center, formerly known as the Army Capabilities Integration Center, assesses the threat and future operational environment and develops concepts and requirements to help the Army deploy, fight and win future wars.

McKean, a 1990 West Point graduate, has been CENTCOM’s chief of staff since August 2019. He previously commanded the 2nd Infantry Division/Republic of Korea-U.S. Combined Division in South Korea and was chief of the Office of Security Cooperation-Iraq.

His other assignments included chief of armor at Fort Benning, Georgia, and deputy commanding general for operations for the 1st Armored Division at Fort Bliss, Texas.

He has deployed multiple times to Iraq and has served in Korea and Jordan.