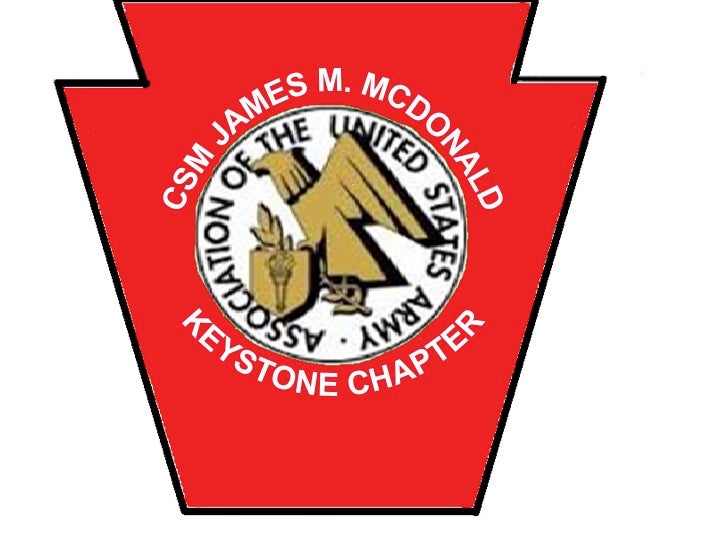 he Keystone Chapter of the Association of the U.S. Army has adopted a new name in recognition of a former Pennsylvania Army National Guard State command sergeant major and Korean War-era veteran.Located in South Central Pennsylvania and centered at Fort Indiantown Gap, in Annville, Penn., the chapter is now named CSM James M. McDonald - Keystone Chapter.McDonald, who died in 2008, had more than 39 years in the Army and Pennsylvania Guard, serving as the state's senior enlisted soldier from 1985 to 1993. One of his proudest accomplishments was his graduation in 1985 from the U.S. Army Sergeants Major Academy at Fort Bliss, Texas. He was extremely active in chapter, region, and national level AUSA activities and was a life member.Some of McDonald's military uniforms and other items are on display at the Pennsylvania National Guard Museum at Fort Indiantown Gap, PA. AUSA's First Region, which includes Northeastern states, gives an annual award named for McDonald to an outstanding noncommissioned officer who exhibits exemplary attributes, character and support to AUSA.