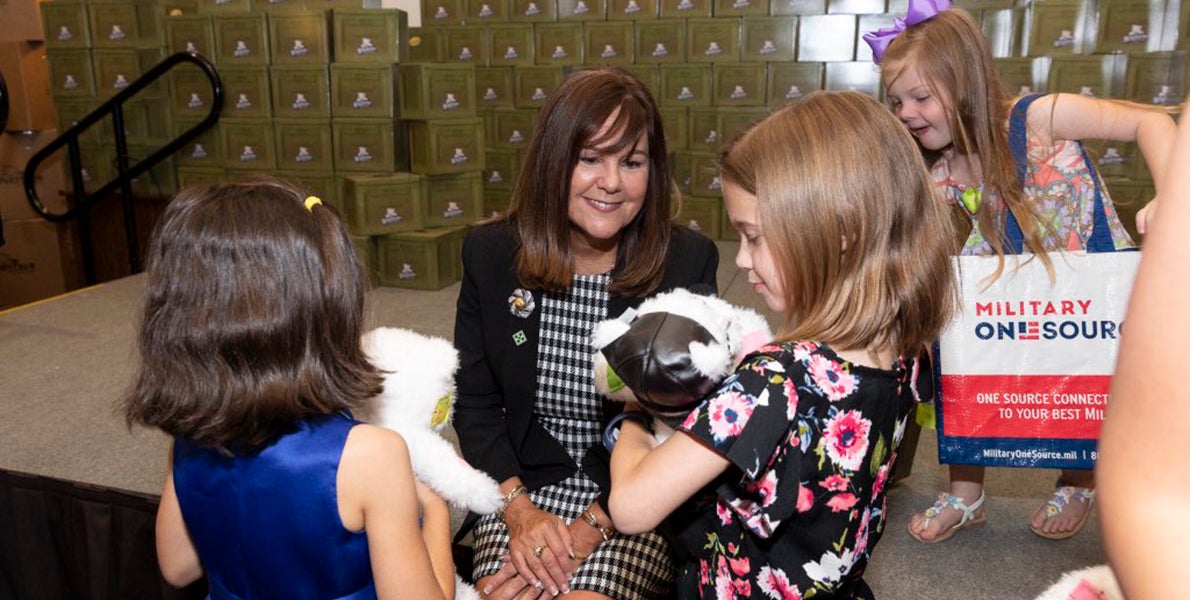 Photo by: Second Lady of the United States Twitter

Speaking as the mother of a Marine officer, daughter of a former Air Force airman and daughter-in-law of a former soldier who served in the Korean War, Pence said she is familiar with the challenges of military life. She said spouses have shared their stories with her about “the difficulties of being hired, the inconsistent professional licensing requirements in each state, and child care” and promised the town hall audience that steps are being taken to address those issues.

“We are listening, and the Trump administration is addressing your challenges,” she said during her recent visit to the post.

Pence pointed out that the 2018 National Defense Authorization Act requires DoD to reimburse service members for relicensing and recertification costs up to $500 incurred by a spouse when their soldier has a permanent change of station.

In May, she noted, President Donald Trump signed an executive order that directs federal agencies to recommend ways to improve license portability and remove barriers to the employment of military spouses. Further, she said, DoD has teamed up with private companies that can help with employment opportunities and is working through the Defense State Liaison Office to develop ways to expedite licensure requirements in states.

“Our service members are fulfilling their jobs, but we want our military spouses to experience fulfillment as well. Whether you decide to be a stay-at-home mom, volunteer, work in your career field, we are working hard to improve employment opportunities for you,” Pence said.

Pence acknowledged that at the time of her visit, soldiers with the 4th Infantry Division, the 10th Field Hospital and members of the special operations community were deployed, and more soldiers would deploy later this year. She praised the family readiness groups and liaisons that set up deployment preparedness training and make available resources that can help mitigate stress while family members are deployed.

“Military families hold a special place in my heart,” Pence said, who is scheduled to speak Oct. 9 during a family forum at the Association of the U.S. Army Annual Meeting and Exposition in Washington, D.C.