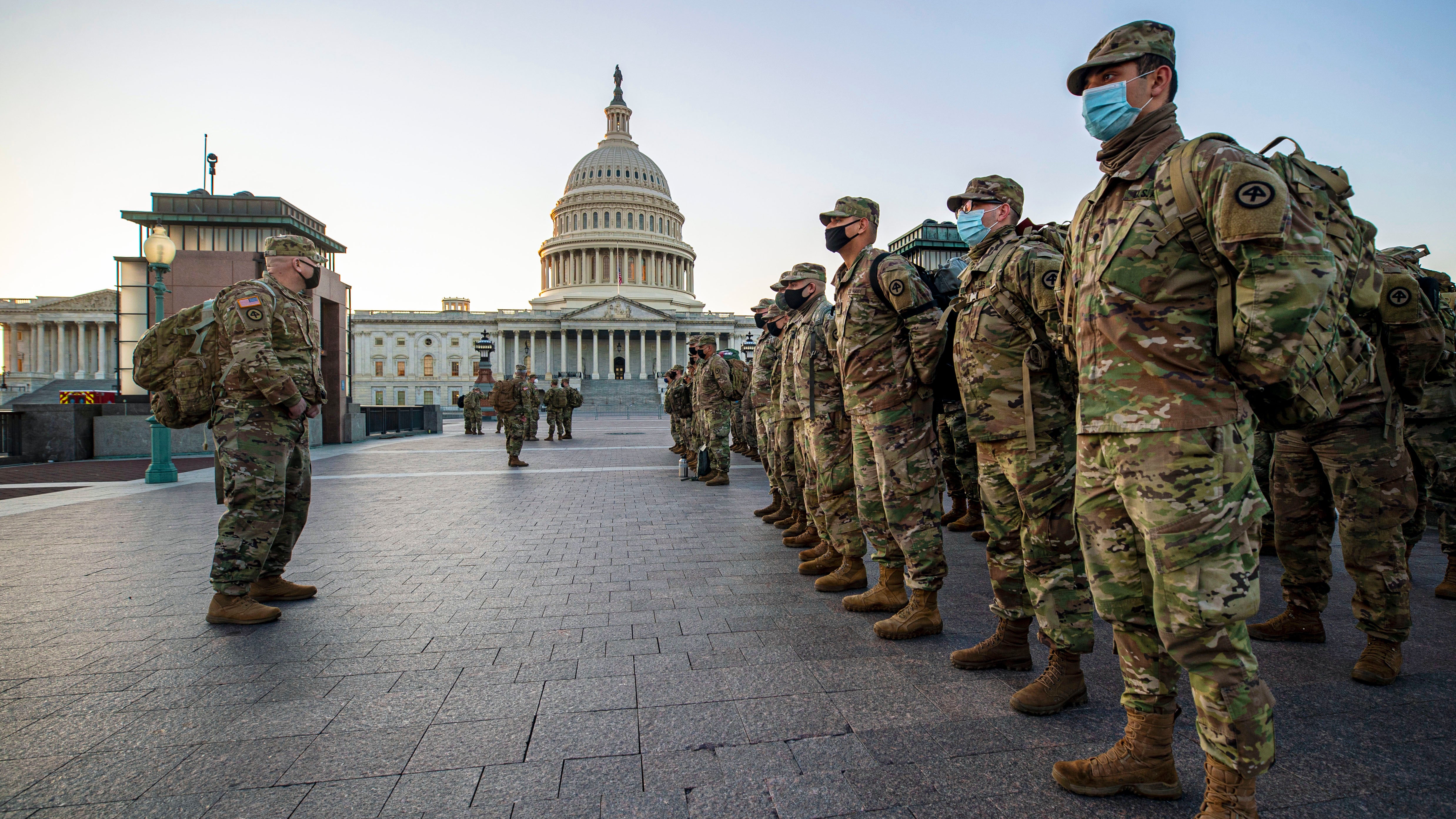 In extraordinary action, the Joint Chiefs of Staff have issued a statement condemning the Jan. 6 violent protest at the U.S. Capitol while reminding service members of military rules.

Describing the riot as a “direct assault” on Congress and the constitutional process, the military leaders said these were illegal acts. “The rights of freedom of speech and assembly do not give anyone the right to resort to violence, sedition and insurrection,” they write. “As Service Members, we must embody the values and ideals of the Nation. We support and defend the Constitution. Any act to disrupt the Constitutional process is not only against our traditions, values, and oath; it is against the law.”

Senior Army leaders—Army Secretary Ryan McCarthy, Army Chief of Staff Gen. James McConville and Sgt. Maj. of the Army Michael Grinston—issued their own message to the force, condemning the “violent riot” as an attack on Congress and “our Constitutional democracy.”

“We defend the rights of every American, and we protect the roles of our institutions of democracy,” the leaders write. “We remind all Soldiers and Civilians to uphold the Army’s apolitical standards.”

In separate guidance, Lt. Gen. Walt Piatt, director of the Army Staff, describes violence at the Capitol as “reprehensible and contrary to the tenets of the United States Constitution.”

“The Army strongly condemns these acts of violence against our democracy and we will continue to perform our duties in accordance with our oath of office and will execute the peaceful transition of power on January 20,” Piatt writes.

Piatt’s memo reminds soldiers of the rules of conduct. Soldiers are prohibited from participating in rallies, demonstrations and vigils when in uniform, while on duty, if violence is likely or in a foreign country.

“Any type of activity that involves violence, civil disobedience or a breach of peace may be punishable under the UCMJ or under state or federal law,” he writes, referring to the Uniform Code of Military Justice. He also reminds soldiers they are prohibited from membership in extremist organizations or from participating in the activities of such organizations.

“Soldiers should only post messages on social media that are consistent with Army Values and demonstrate dignity and respect for self and others. Think before you type and post,” Piatt wrote.