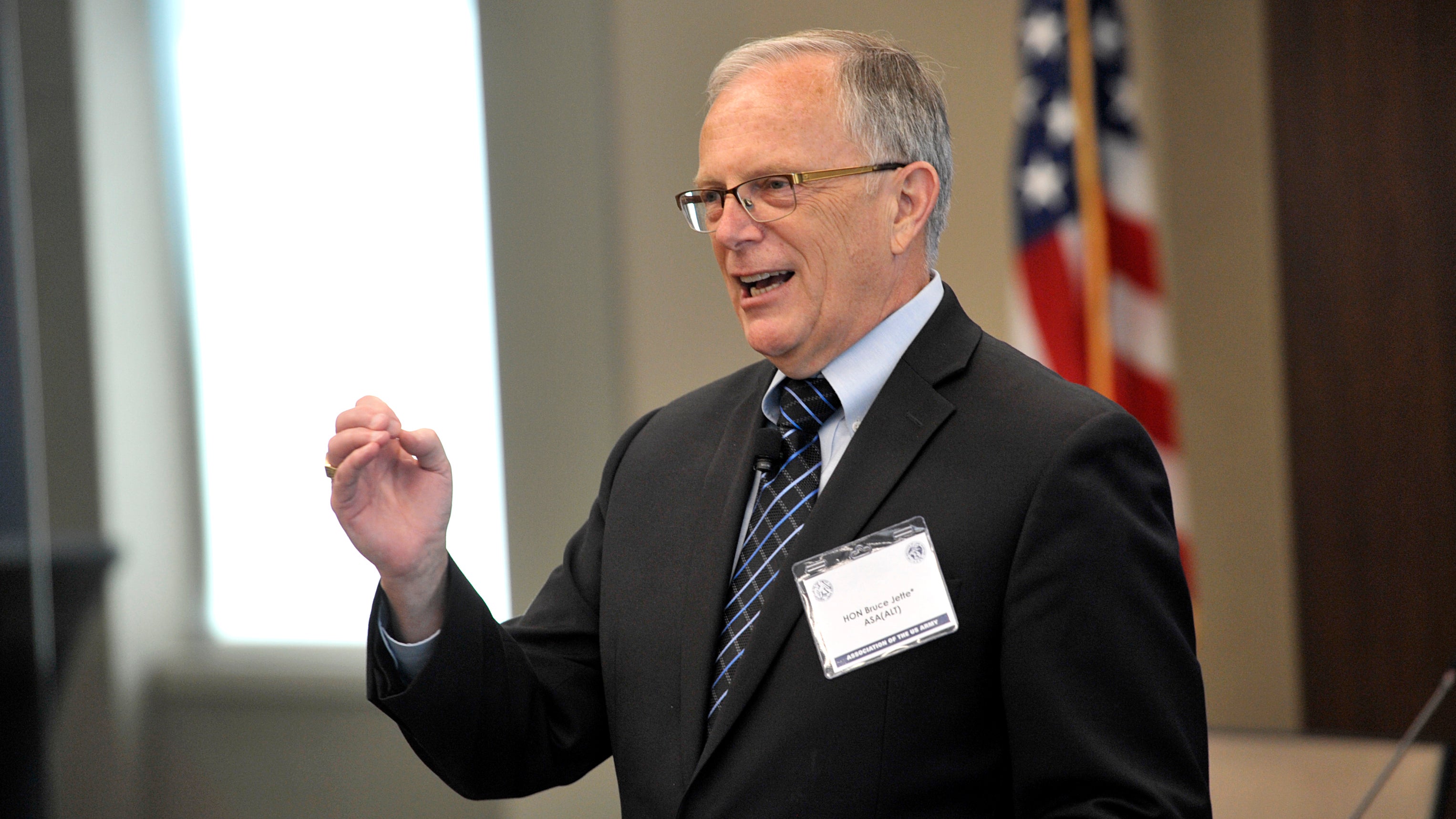 The Army’s top acquisition official said the service is pressing ahead on modernization priorities but having a safe and healthy workforce is the highest priority.

Speaking June 8 during The AUSA Noon Report, an Association of the U.S. Army webcast, Bruce Jette, assistant Army secretary for acquisition, logistics and technology and a retired Army officer, said working closely with industry has been key to keeping Army modernization on track during a global pandemic that has interrupted and complicated work.

“Everybody really did line up to try to take care of things,” he said of dealing with COVID-19. Small companies had some of the biggest challenges, where losing even a few key employees could stall work.

Fiscal year 2021 is a critical year for funding these priority programs, with the Army making a $3 billion commitment by shifting money from other programs. However, that funding is not assured because of expanding governmentwide financial needs that could result in a flat or declining defense budget that trims Army requests.

Retired Gen. Carter Ham, AUSA’s president and CEO, called Jette “a highly experienced, dedicated soldier for life” and credited him with improving relations between the Army and the defense industry. Ham said Jette has shown willingness to meet with industry partners, “big and small.”