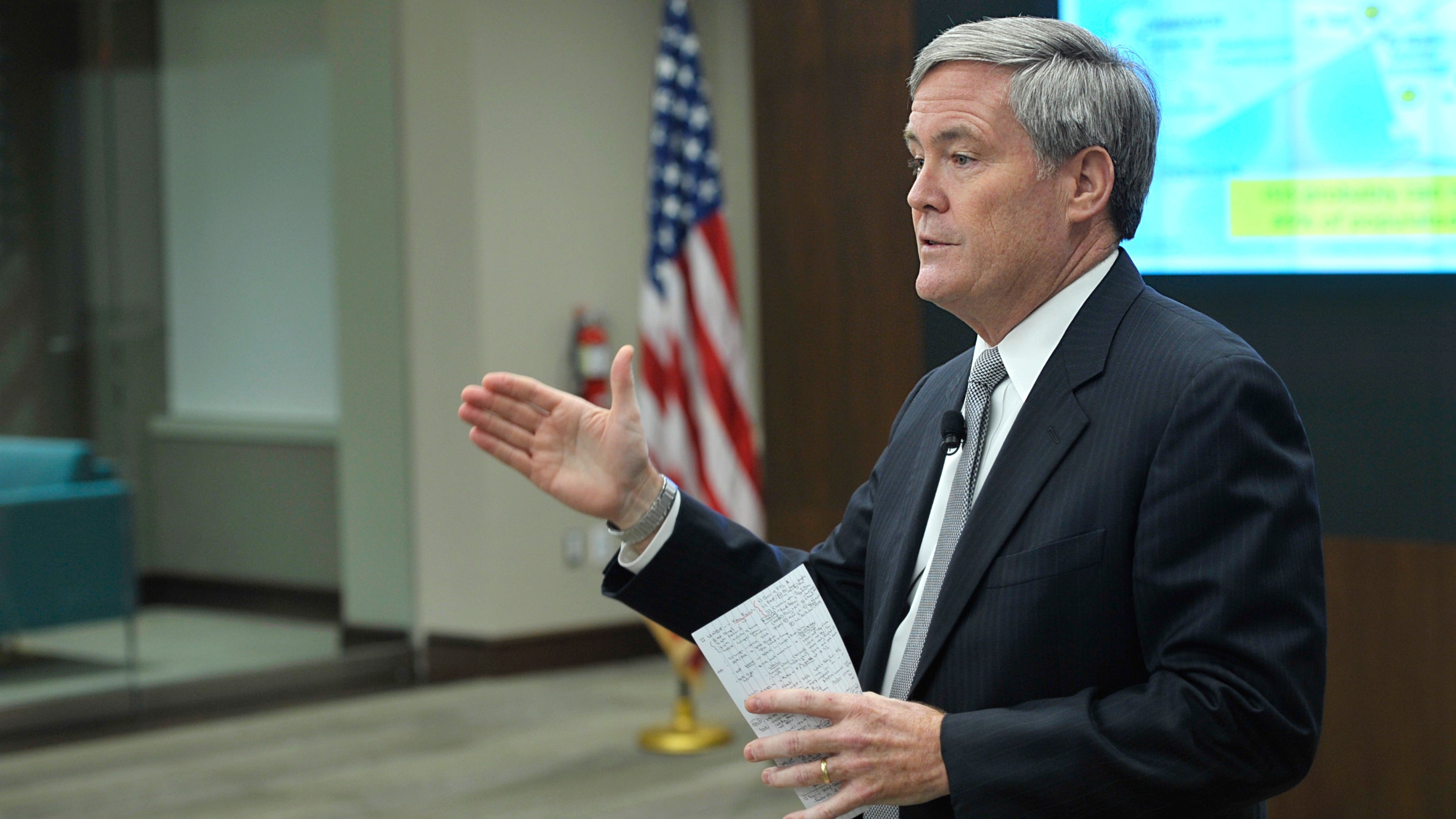 The fight against the Islamic State in Iraq and Syria has been enormously successful and has dealt a blow to the organization and its fighters, but some observers are concerned the adaptable adversary will regroup somewhere else.

In remarks at the Association of the U.S. Army on Nov. 28, retired Lt. Gen. Terry A. Wolff, director of the Near East South Asia Center for Strategic Studies, outlined the successes of a coalition effort and put forth the challenges that remain.

“The physical caliphate of Daesh is absolutely crumbling,” Wolff said, using the Arabic language term for the Islamic State, also known as ISIS, during his presentation at a Gen. Bernard W. Rogers Strategic Issues Forum hosted by AUSA’s Institute of Land Warfare. “They’ve lost enormous amounts of terrain, and thousands and thousands and thousands of fighters.”

Gains over the Islamic State movement were achieved with a coalition of 70 nations and four international organizations, including NATO and Interpol. Wolff said this signals that this is more than a military campaign. “It should be because our opponent has effectively said they’re a global entity with aspirations to have a global caliphate, so the first phase of this is to defeat their caliphate, which is what we’re doing in Iraq and Syria,” he said.

Wolff is a U.S. Military Academy graduate who retired in 2014 after 34 years in uniform, including three Iraq deployments, one as commander of the 2nd Armored Cavalry Regiment and later as commander of 1st Armored Division. He served in the Obama administration on the National Security Council staff and as deputy special presidential envoy for the Global Coalition to Counter ISIL.

The coalition has trained about 120,000 Iraqi security forces, an effort supported by about 8,000 U.S. and some 6,000 coalition troops in Iraq. In Syria, the U.S. has a small footprint of about 500-plus personnel on the ground, a number that is expected to be revised upward this week by the Pentagon, Wolff said.

“Over time, we’ve partnered with not only a coalition, but with the Iraqi security forces, and in that partnership in Iraq we are the minority shareholder,” Wolff said, explaining that the Iraqis are “making decisions, they are calling the shots and we have agreed to do that as part of coalition warfare. In Syria, it’s a little more difficult,” but Syrian forces are being supported by special operations forces and enabled by fires, indirect close air support and a robust intelligence, surveillance and reconnaissance effort.

Wolff warned that while ISIS is faltering now, there is “fear that the tactics, techniques and procedures are going to move with some of their leadership to other places.”

“It's a pretty capable enemy. They’re much different than al-Qaida in Iraq that Gen. Ham and I remember when we were in Iraq a decade ago,” Wolff said, referring to retired Gen. Carter F. Ham, president and CEO of AUSA. “These guys are much better, they’re a learning organization, they fight conventionally, they employ obstacle systems as well as any of us were trained to do, they have their own air force made up of commercially purchased rotary-winged drones, they’re capable of dropping grenades with chemical munitions, they’re able to put full-motion video cameras on these drones, and they also have fixed-wing drones, they’re able to vector in car bombs. They are very good at what they do and they have learned from their predecessors.”