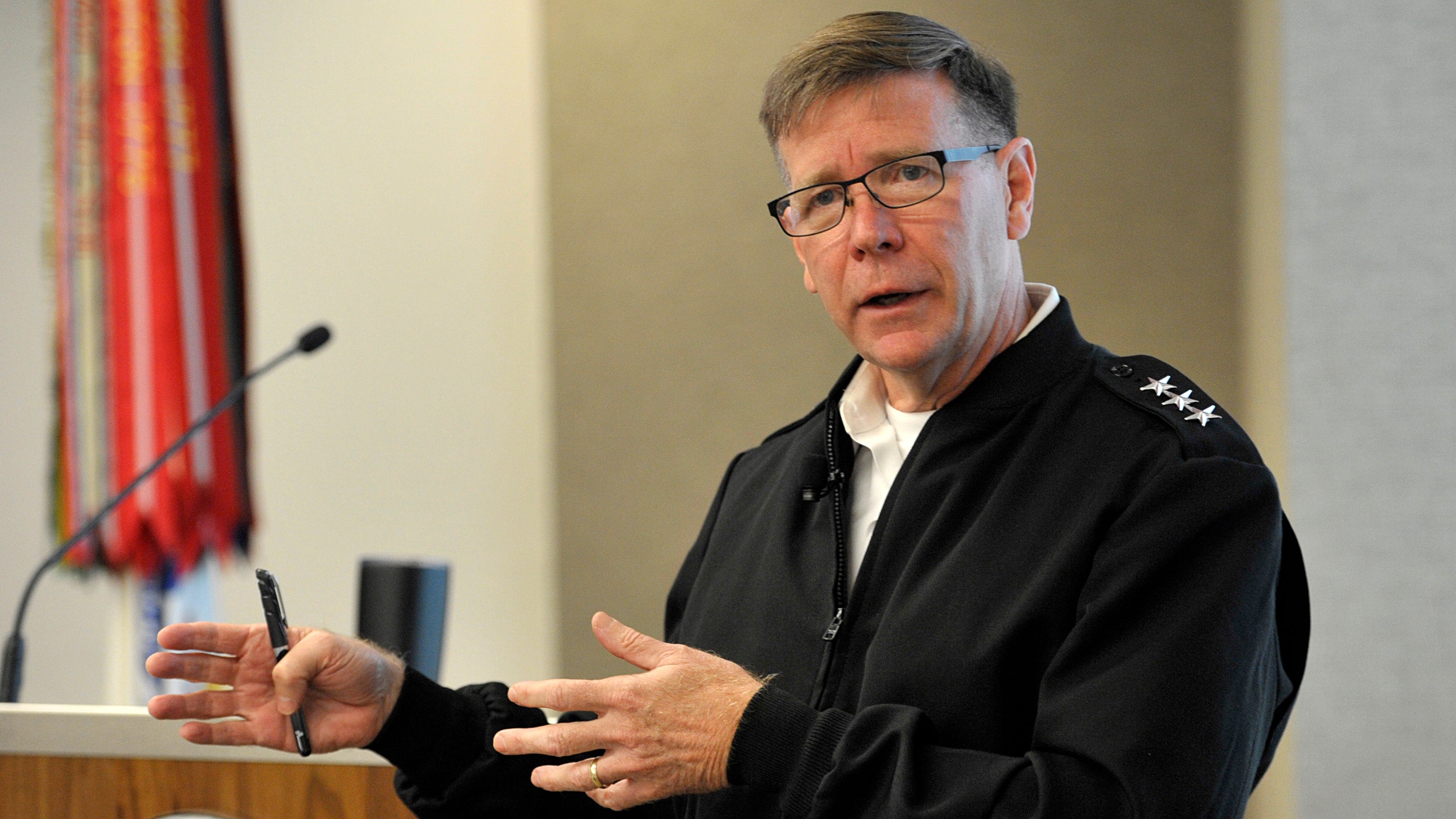 As it conducts daily operations that are “short of war,” the U.S. Army Cyber Command is tackling the challenge of improving commanders’ understanding of an invisible enemy that is active in all domains.

“We do a pretty good job of being able to visualize the adversary’s course of action, capabilities, limitations, how they’re likely to conduct business, but sometimes we have a difficult time seeing ourselves in this environment, in this space,” said Lt. Gen. Stephen Fogarty, commander of Army Cyber Command, in opening remarks at a Cyber and Networks Hot Topic forum hosted by the Association of the U.S. Army’s Institute of Land Warfare.

Army Cyber Command operations “are short of war, we are in a competition every single day, we are maneuvering in the information environment every single day,” Fogarty said, explaining that “the toughest challenge is getting the commander to visualize something he can’t see.”

Fogarty emphasized the importance of getting “the right players” involved in the effort to deny adversaries territory and freedom of maneuver to attack the foundational network that runs almost everything in the Army.

This means partnering with academia and industry, as well as bringing together the Army’s “tribes” in signal, cyber, information operations, electronic warfare, psychological operations, intelligence, public affairs, space and the fires community, he said.

“These multiple tribes, as we call them, … have to come together to be able to integrate what can be disparate activities so we can reduce the amount of seams that an adversary can take advantage of,” Fogarty said.

The daylong Hot Topic forum was hosted at AUSA’s Arlington, Virginia, headquarters and included a keynote address by Gen. Paul Nakasone, commander of U.S. Cyber Command, director of the National Security Agency and chief of Central Security Services. The next Hot Topic is scheduled for Oct. 30 and will focus on Russia and China.  Learn more and register here.