Interoperability in a New Era of Nation-State Conflict

Interoperability in a New Era of Nation-State Conflict 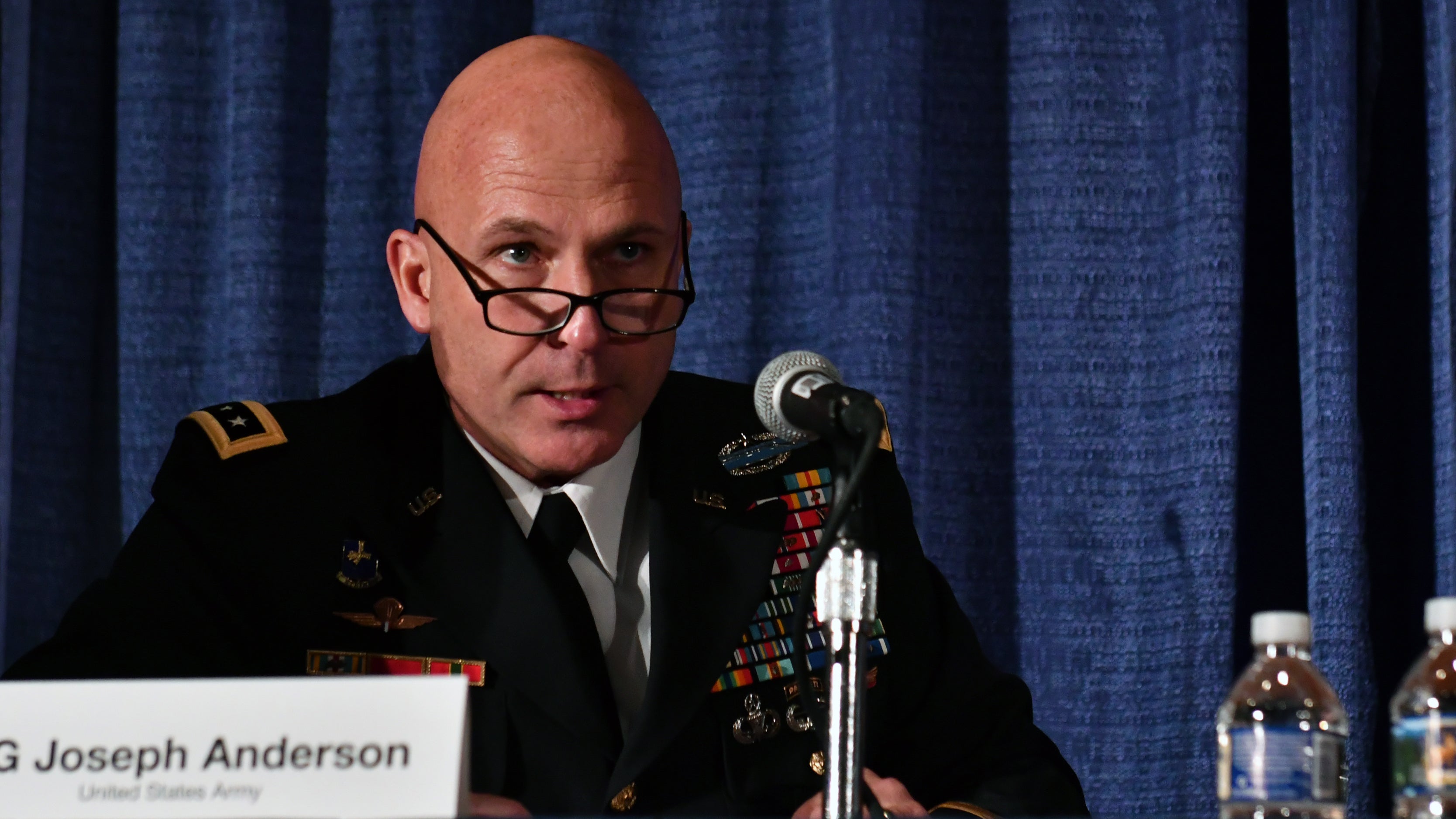 Coalition warfare was the central theme of The Institute of Land Warfare’s Contemporary Military Forum, “Working towards Interoperability in a New Era of Nation-State Conflict” at the AUSA Annual Meeting and Exposition in Washington, D.C., on Oct. 10. In a year marking the centennial of the U.S. Army’s role in the battlefield coalition that won the great battles leading to the Armistice in November 1918, this panel saw U.S., British and Australian generals, together, looking at coalition warfare, as it is being done today in Syria and Afghanistan, and in the future, when it may involve, as it did a century ago, a tough, highly competent and technically proficient enemy.

Lt. Gen. Joseph Anderson, deputy chief of staff, G-3/5/7, set out the Army’s objective as having interoperability that is “effective expeditionary command.” This requires the use of “human, procedural and technological means,” he said. Anderson put up a slide citing the official definition of interoperability. This reflected, he said, a “lot of work this past year to define the problem.”

Anderson said the Army has defined “four levels of interoperability, ranging from not interoperable to integrated.” The technological means to achieve interoperability, covering the establishment of network hardware, services, applications and communication information systems are “the sexy part of Mission Command” in coalition operations, but only part of the solution.

Organizations have evolved to enable interoperability as well.

Anderson pointed out that these included the establishment of the Multination Fusion Cell as a standing capability, linking U.S. forces with the other nations (U.S., United Kingdom, Australia, Canada, New Zealand), Germany and the Republic of Korea.

Lt. Gen. Paul E. Funk II, commander of III Corps and Fort Hood, Texas, is just back from being the commanding general of the Operation Inherent Resolve (OIR) Joint Task Force (JTF), carrying out coalition warfare in Syria and Iraq.

To answer the question, “why interoperability matters?” he showed a photograph taken on the day Raqqa in Syria was liberated from Islamic State group insurgents, showing young girls in festive dresses they previously had to conceal from the insurgents. The success at Raqqa he witnessed, was one of an interoperable coalition, he said. Success there, “meant applying resources of our great nations.” We “all rallied around a common, very simple, mission statement: Defeat ISIS.”

“Coalitions give us the prize of legitimacy, more important in the information age than in the past,” Funk said, “The bottom line is that we have got to the take the strengths and opportunities that each partner brings and where each partner’s capabilities can cover the gaps in others.”

Lt. Gen. Nick Pope, CBE, deputy chief of the general staff of the British Army, started his presentation by reviewing history, “One hundred years ago today, the Hundred Days Offensive was still underway.”

The events in that campaign, including the crossing of the St. Quentin Canal, showed how the “three nations on this panel” fought together, demonstrating “we have a history of interoperating,” he said.

Yet despite this heritage, institutional partnerships to enable interoperability, on the organization charts, often appear to soldiers as, “spaghetti that we have to untangle.” Operational partnerships are even more so, Pope said. “It is a complicated battlespace that we find ourselves inheriting. It brings in an array of political-level agreements,” he said.

Pope reminded the audience that, “Successful interoperability requires techniques that work with both peers and less developed” military forces. “NATO interoperability policy is being rewritten,” he said, by a multilateral team, “exporting bilateral capabilities.” But the “good news is that recent operational experience in Iraq, Syria and Afghanistan” shows that interoperability can work, although “integration skills are perishable.”

“The human dimension of interoperability” was the title of the presentation by Maj. Gen. Kathryn Toohey, head of land capability, Australian Army, whose job concerns concept-and-need definitions.

The Australian Army, she said, considers “interoperability key to our future operational success.” From this, she said that “of all the aspects of interoperability, I believe that the human dimension has the potential to address shortcomings in other areas,” reflecting that, “Despite all our technical advances, the profession of arms remains an inherently human one.”

Maj. Gen. Douglas C. Crissman, director, Mission Command Center of Excellence, U.S. Army Combined Arms Center, said that too often, “We make it difficult to partner with us,” although the Army has “taken steps to factor interoperability into our technical approach.”

Crissman has direct experience through having served as deputy commanding general of the British 3rd Infantry Division. He accompanied the division to two exercises at Fort Bragg, N.C. The first, in June 2017, was marked by “no common network and incompatible U.S. and U.K. systems,” he said. In response he “flooded U.S. headquarters with liaison officers.” The exercise was, he said, a “great training environment, but left many of my British mates, and me, feeling we could have contributed much more to the fight.”

The U.S. Mission Partner Environment (MPE) to enable Allied participation in operational networks was set up as a result. When Crissman returned to Ft. Bragg on exercise the next year, “The difference between the two training experiences was massive,” he said.

“Just six months were needed to convince the U.S. that we could fight with a network other than SIPR [the U.S. classified network], using MPE.”