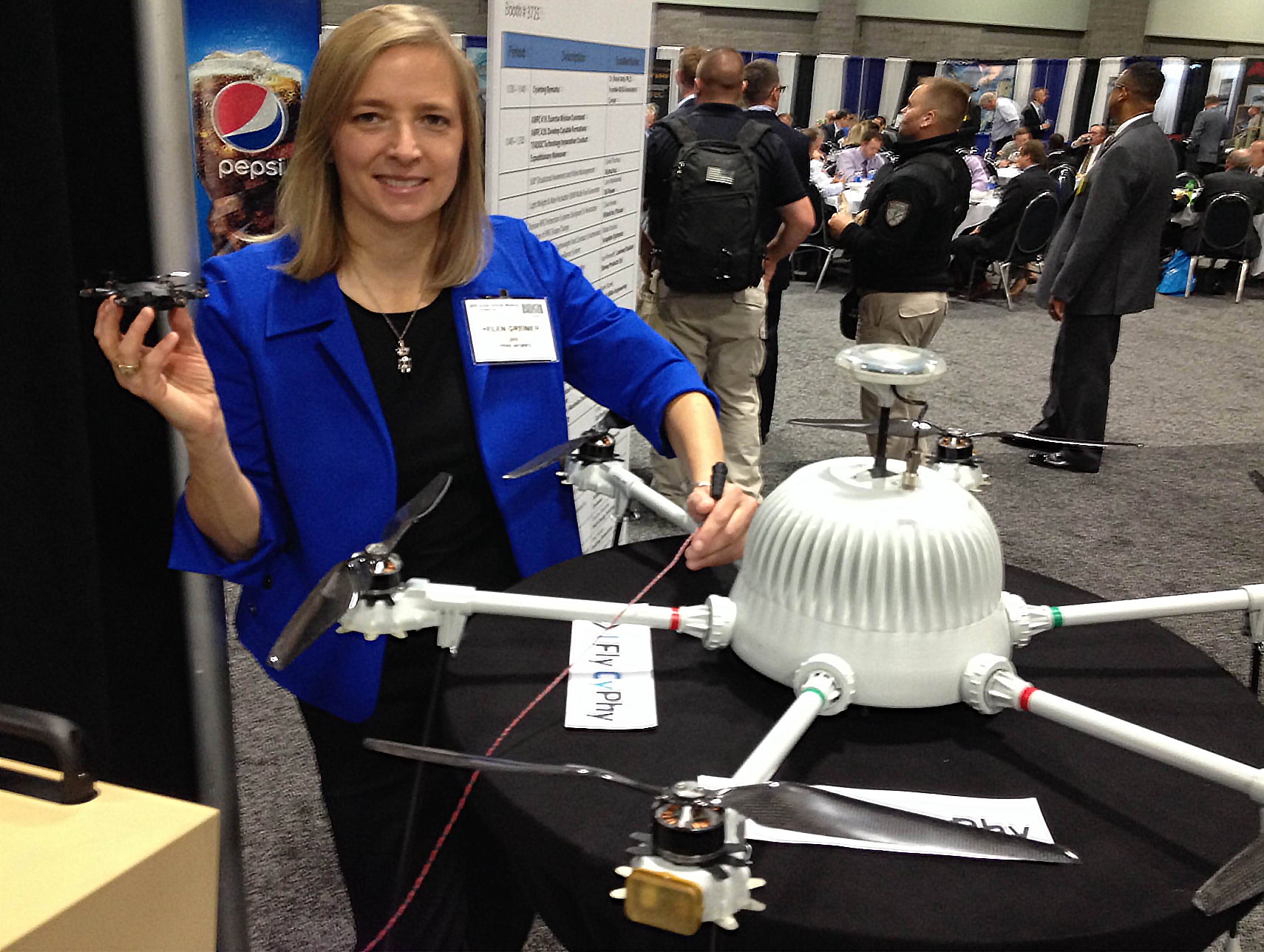 Small companies with a unique product or service that can meet the needs of the warfighter have their own showcase at the Association of the United States Army’s 2015 Annual Meeting and Exposition.Located in Booth 3725, Hall C, of the Exhibit Hall at the Walter E. Washington Convention Center in Washington, D.C., the Innovator’s Corner serves as both exhibitor showcase and panel presentation venue for firms that, in some cases, have not been traditional exhibitors at AUSA. The Innovator’s Corner also offers presentations by Army officials who oversee programs that might benefit from the forward-looking technologies and services.Helen Greiner, with Cyphy Works in Boston, said her firm has developed technology that allows unmanned aerial vehicles to be powered from the ground.“The Innovator’s Corner really showcases the new and exciting products in military innovation, and we want to be here to show off our products,” she said. Greiner adds that her company’s display has been visited by Army officials involved in robotics and system acquisitions.Albert Vega, president of Building Momentum in Alexandria, Va., said he believes the Innovator’s Corner is an ideal venue to talk about his company’s services.“We’re selling education, empowerment and confidence in technology, and the ability to go beyond that,” he said.Larry Markowski, president of INI-Power in Morrisville, N.C., is demonstrating a line of small electric generators.“In the absence of Innovator’s Corner, we probably would not be able to afford to present here,” he says, adding that his company also exhibited and presented at the AUSA Winter meeting in Huntsville, Ala., last year.