Indo-Pacific Conflict Would be ‘Catastrophic’

Indo-Pacific Conflict Would be ‘Catastrophic’ 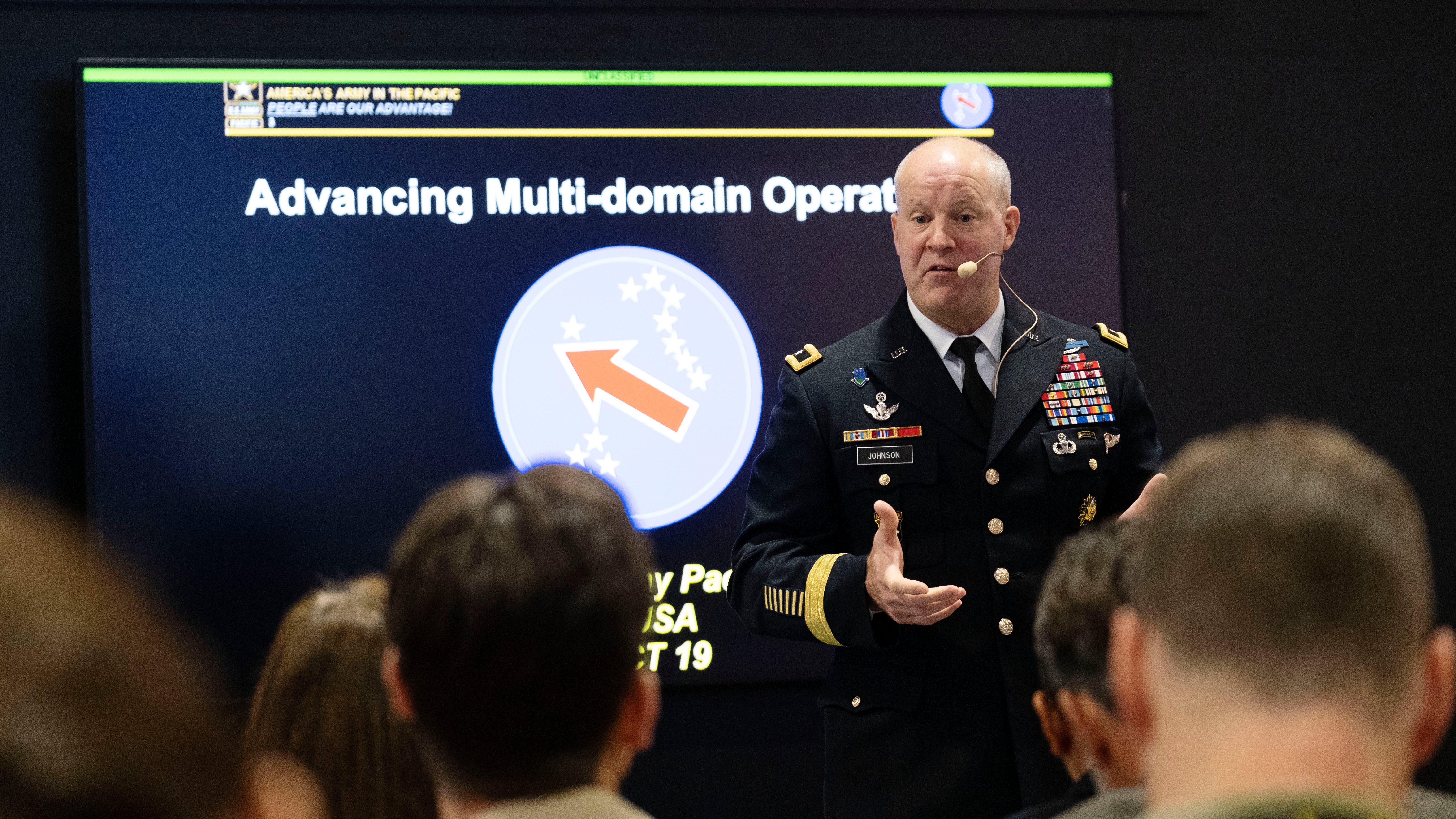 The Army’s Multi-Domain Operations concept “is the way forward” in the Indo-Pacific as the service competes in the increasingly contested environment, a senior leader said.

“We do not want to have conflict in the Indo-Pacific region,” Maj. Gen. John “Pete” Johnson, acting commanding general of U.S. Army Pacific, said Oct. 16 during the Association of the U.S. Army’s Annual Meeting and Exposition. “It would be catastrophic for the globe if we did that.”

Johnson said the U.S. cannot guarantee its superiority in any single domain right now—a point reiterated by other senior leaders. Through multidomain operations, the Army will be competing to create positional advantage in the region—and it will be reliant on the help of Indo-Pacific allies and partners, he said.

“We can’t do this alone,” Johnson said. “It’s through our partnership, our training together, building interoperability, that’s going to be essential in any crisis or conflict in the region.”

The Army has already embraced the key principles of the multidomain operations concept and exercised them at the theater, operational and tactical levels, he said.

“The ability of any single service to accomplish the mission in the Pacific is just not reality,” Johnson said. “We’re going to have to do operations in a way that I think we’ve never done before. … We’ve got to get to a place now where we can really fully, jointly integrate.”