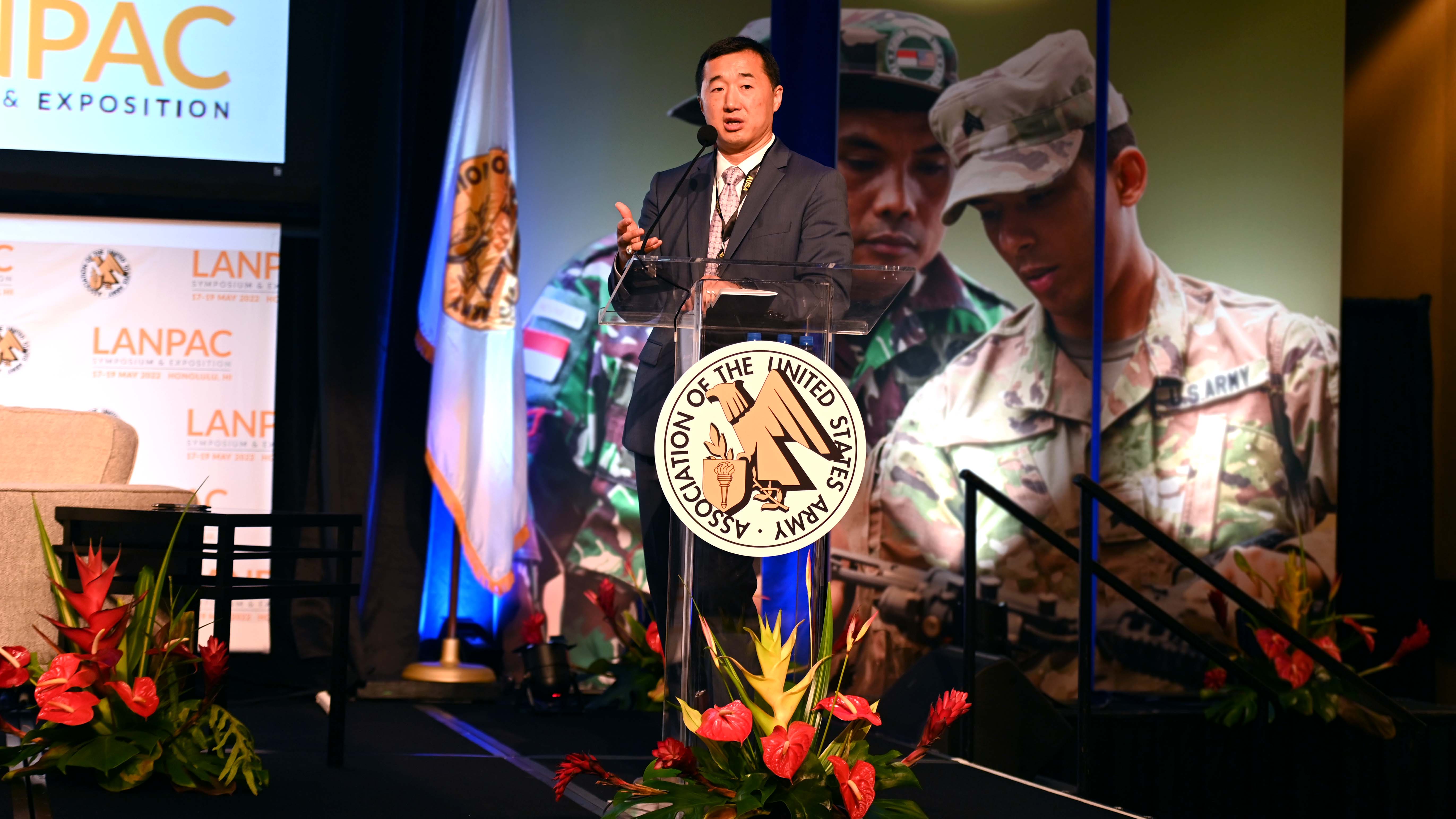 Facing challenges of the vast Indo-Pacific theater, the Army is accelerating its work to develop and provide advanced capabilities to soldiers, a senior leader said.

“We’re accelerating everything as fast as we can. It’s not going to take 15 years,” said Young Bang, principal deputy assistant Army secretary for acquisition, logistics and technology. “We’re changing the whole mindset. We’re changing how we do acquisition.”

Speaking May 19 during the Association of the U.S. Army’s LANPAC Symposium and Exposition in Honolulu, Bang said power projection is key in the Indo-Pacific, and the Army must be able to project its capabilities across long distances.

A critical piece of the Army’s modernization efforts is balancing lethality with survivability, Bang said, using as an example reports of turrets being blown off Russian tanks in Ukraine.

“The Russians made a tradeoff on lethality and survivability,” he said. “They wanted to make things cheaper but more lethal. What’s the implication of that? All of their soldiers died in those tanks.”

For the U.S. Army, “soldiers and people are everything,” Bang said.

“We balance lethality with survivability,” he said. “You don’t see turrets blown off of our M1s. We intentionally look at lethality but also survivability … so we have time and protection for our soldiers to crawl out if they get hit.”

This priority is something the Army must keep in mind as it builds partnerships with like-minded partners and allies, Bang said. “That’s a critical underpinning,” he said, “[and] I wanted to highlight that because I think it’s important in [this] theater.”

Sustainment is another consideration in the Indo-Pacific, Bang said. The U.S. military has gotten so good at supporting Ukraine with weapons and other materiel that “we’ve got it down to a couple days,” he said. “But if you think about this theater, it’s going to be a very different scenario.”

As a soldier stationed in the Indo-Pacific, Bang said he remembers waiting “months” for supply parts. “We have to think about the sustainment and industrial base,” he said. “That’s critical because our partners in this theater are going to be critical allies to work with us on that.”

In coming months, the Army is preparing to field several new capabilities to soldiers as part of its sweeping modernization and transformation effort. This includes new capabilities in long-range precision fires, next-generation combat vehicles and new rifles and caliber ammunition for the close-combat force.

Moving forward, the Army must continue to work with its partners—and look for new ways to strengthen those relationships, Bang said.

“You have to build relationships with people and countries to build that trust,” he said. “Maybe you’re not ready to go right into foreign military sales. That’s OK, you don’t have to. Maybe we can do information sharing, data sharing. Maybe we can do things around research and development.”

Being present and engaging with partners, including at forums such as LANPAC, is crucial, Bang said.

“These types of forums are critical to get people together and countries together to develop that,” he said.