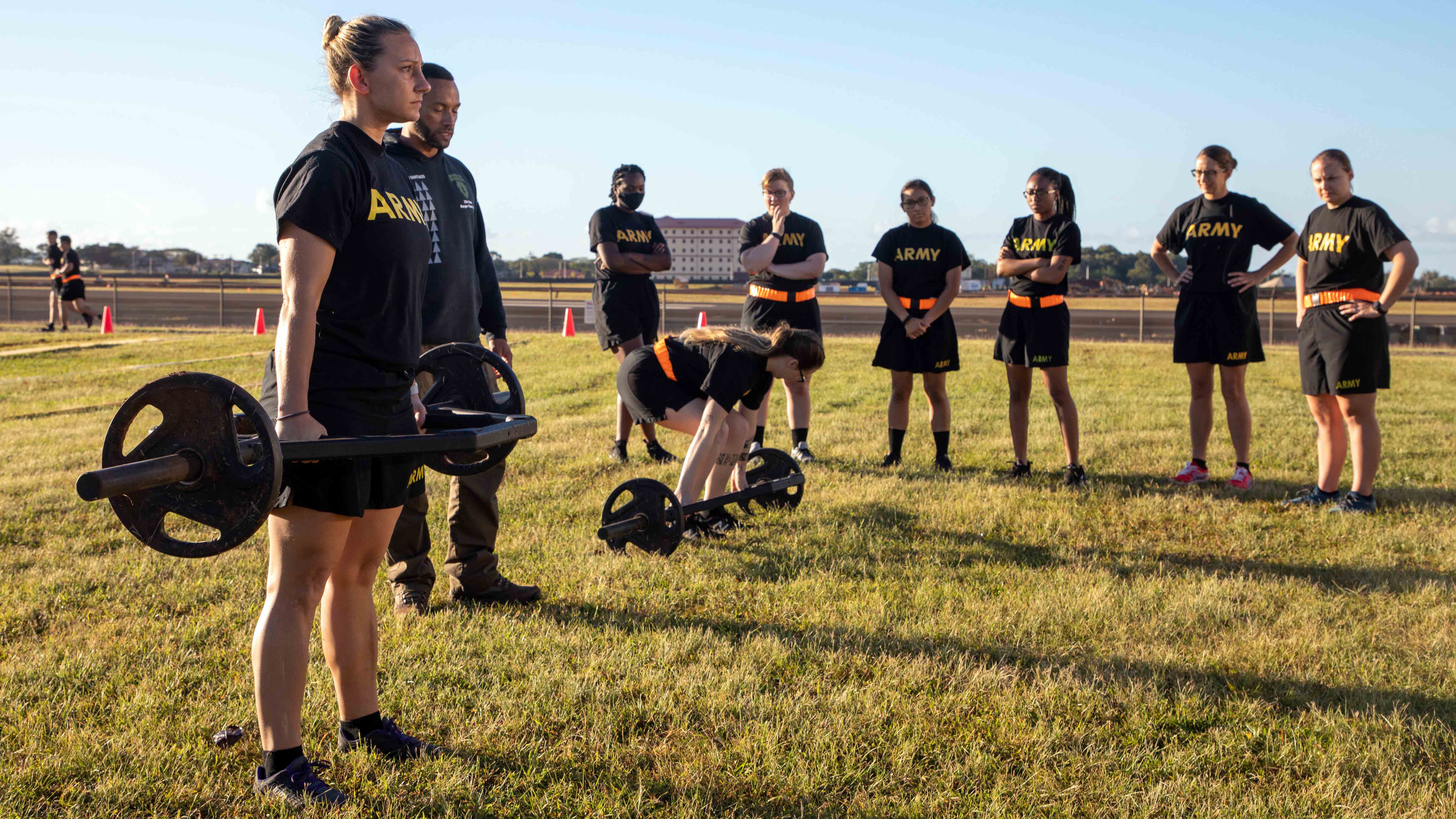 The report by Rand Corp. also showed that women and other groups, including Army National Guard and Army Reserve soldiers, were passing the gender-neutral test at “significantly lower rates.”

On March 23, the Army announced it had revised the ACFT, adding new scoring scales and eliminating the leg tuck event. The changes were made based on Rand’s findings and recommendations, as well as soldier feedback and data collected during a three-year evaluation period.

Regular Army and AGR soldiers must take their first record test by April 1, 2023, while Army Reserve and Army National Guard soldiers will take theirs before April 1, 2024.

The work by Rand, which was mandated by Congress, aimed to help the Army ensure a successful full-scale implementation of the AFCT, the Army’s first new physical fitness test in more than 40 years.

Rand’s research “uncovered gaps in the evidence base that need to be addressed for the test to meet the Army’s fitness goals,” the nonpartisan group said in a statement.

The leg tuck and plank, for example, are not well-supported for use in predicting performance on combat tasks, according to Rand. Additionally, “the leg tuck’s lack of support is especially problematic given that many women are unable to complete a single repetition,” researchers found.

“Because this test may ultimately be used for personnel actions, it is especially important that all of the test’s events and minimum standards are validated for all genders, components and occupational specialties,” Chaitra Hardison, a senior behavioral scientist at Rand and lead author of the report, said in a statement.

Researchers also questioned the Army’s policy that all soldiers must be held to the same fitness standards. “Emphasizing physical skills that aren’t necessary for all occupations could negatively affect recruiting for some specialties such as cyber or medical personnel that are already facing challenges from the private sector,” they said.

During testing, passing rates for enlisted women ranged from 41% to 52%, compared with 83% to 92% for men, depending on component, according to Rand.

Pass rates were higher among officers—49% to 72% for women, compared with 86% to 96% for men. Pass rates were also lower for members of the Guard and Reserve and soldiers over 45 years old, according to Rand.

Researchers recommend providing access to coaching, equipment and training tailored to specific ACFT events and soldiers’ individual needs to help increase pass rates across the force. They also asked the Army to consider changing how the test is scored, such as establishing different standards based on gender, age or job-specific demands.

“The Army has done a great deal of research and work in support of the ACFT, but this is the most substantial and significant overhaul of its fitness training program in 40 years, and the need for a dedicated management structure of sufficient stature to institutionalize, guide, monitor and support the ACFT cannot be overstated,” Hardison said.

In its March 23 announcement, the Army said the revised ACFT now features performance-normed scoring standards that are scaled to age and gender. It will still feature six events, but the leg tuck has been replaced with the plank, and a 2.5-mile walk is allowed as an alternate aerobic event.

Soldiers with a permanent profile that prohibits the 2-mile run are authorized to perform alternate aerobic events, including the 5,000-meter row, 12,000-meter stationary bike, 1,000-meter swim or the 2.5-mile walk.

Soldiers will still need to score at least 60 points in each event to earn a passing score. The updated scoring chart and more information on the revised test are available here.

The Rand report is available here.