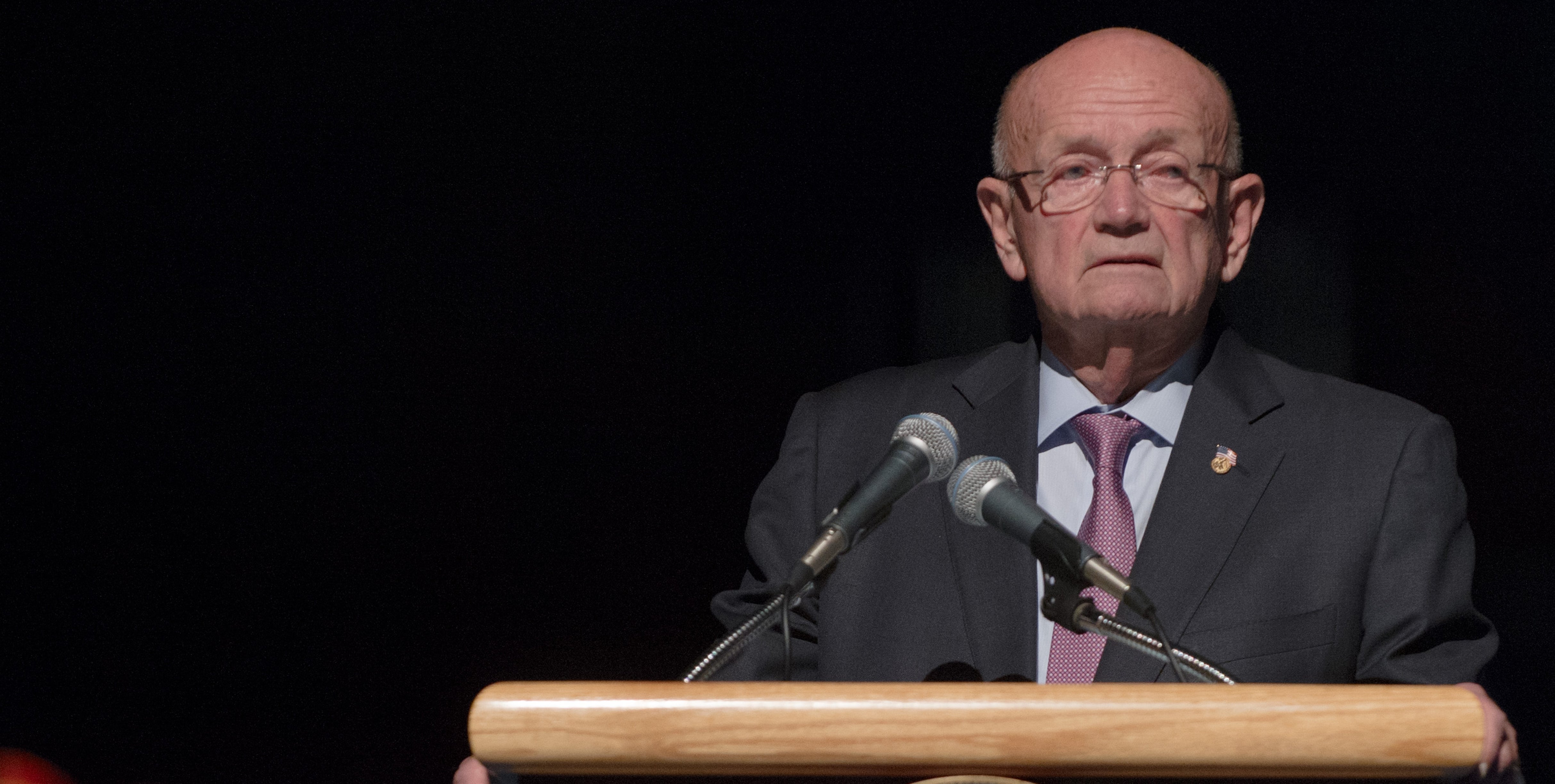 Retired Army Gen. Gordon R. Sullivan was honored June 9 during a speech in the House of Representatives as he prepares to step down after more than 18 years as president and CEO of the Association of the U.S. Army.

“I rise today on behalf of a grateful nation to thank Gen. Gordon Sullivan and his family for their over five decades of service to our Army,” said Rep. Chris Gibson, R-N.Y. “His tireless efforts, ensuring our soldiers and their families had the best training and resources and that our veterans returning from combat received the best care, have been unmatched and are a true testament to this great man of character and conviction.”

Sullivan, 78, spent more than 36 years in uniform, rising to become the 32nd Army chief of staff before retiring in 1995. He has served as the 18th president of AUSA, an educational nonprofit dedicated to being a voice for the Army and its soldiers, since 1998.

Gibson, who served 24 years in the Army and retired as a colonel in 2010, noted that under Sullivan’s leadership, AUSA has broadly expanded support and outreach to Army families through the promotion, establishment and support of countless programs and events at the national and local levels. In addition, Gibson said, AUSA has contributed millions of dollars to veteran and soldier support programs such as the Fisher House, the Center for the Intrepid, and Army Emergency Relief.

Sullivan’s leadership “has directly enhanced the readiness of the United States Army,” Gibson said. “I ask my colleagues to join me in saluting him and wishing him well in retirement.”

Sullivan will step down from AUSA on June 30. Retired Army Gen. Carter F. Ham will succeed him as president and CEO.