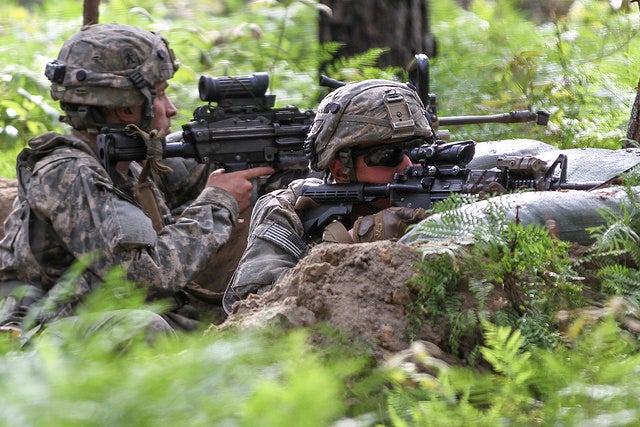 A House subcommittee is poised to roll back Army troop cuts. Under draft legislation that will come to a vote April 20, the armed services committee panel would authorize 480,000 active-duty soldiers in 2017, a level 20,000 more than the Army requested and a 5,000 increase over 2016 levels. The personnel subcommittee of the House Armed Services Committee also is prepared to authorize 350,000 Army National Guard soldiers, 8,000 more than authorized this year and 15,000 above the White House’s request, when it takes up its portion of the 2017 National Defense Authorization Act. Army Reserve end strength would be set at 205,000 soldiers under the panel’s proposal, 7,000 more than authorized this year and 10,000 above the White House request. The troop levels are contained in a draft bill released April 19. Altogether, the subcommittee is proposing a total Army end strength next year of 1,035,000 soldiers, 45,000 more than the White House request. Army leaders, and the Association of the U.S. Army, have called for a halt to the drawdown, which the panel appears ready to do. It remains unclear whether lawmakers are prepared to give the Army the estimated $2 billion needed to cover the added costs of having more soldiers.