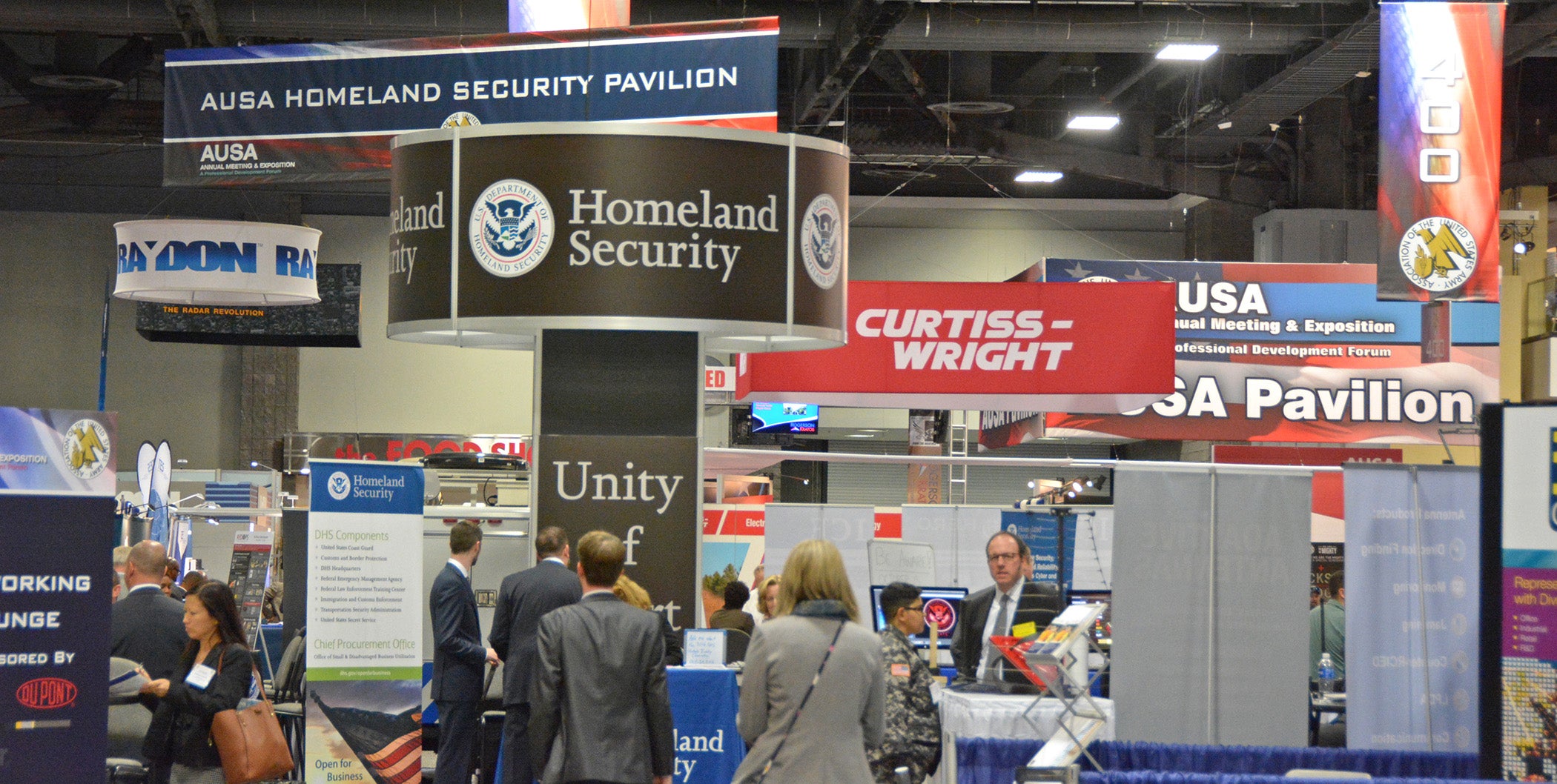 The Department of Homeland Security is returning to the Association of the U.S. Army’s Annual Meeting and Exposition in October with plans for a large pavilion in Hall A of the Walter E. Washington Convention Center in Washington, D.C., that will showcase the agency’s many missions.

The 2017 exhibit space will be about one-third larger than in 2016, and the agency also plans to have demonstrations and so-called tech talks during the three-day conference. DHS human-capital officers will also be on hand to talk about job opportunities at the agency.

The Homeland Security Pavilion will include exhibits from the many divisions within the department. They include: