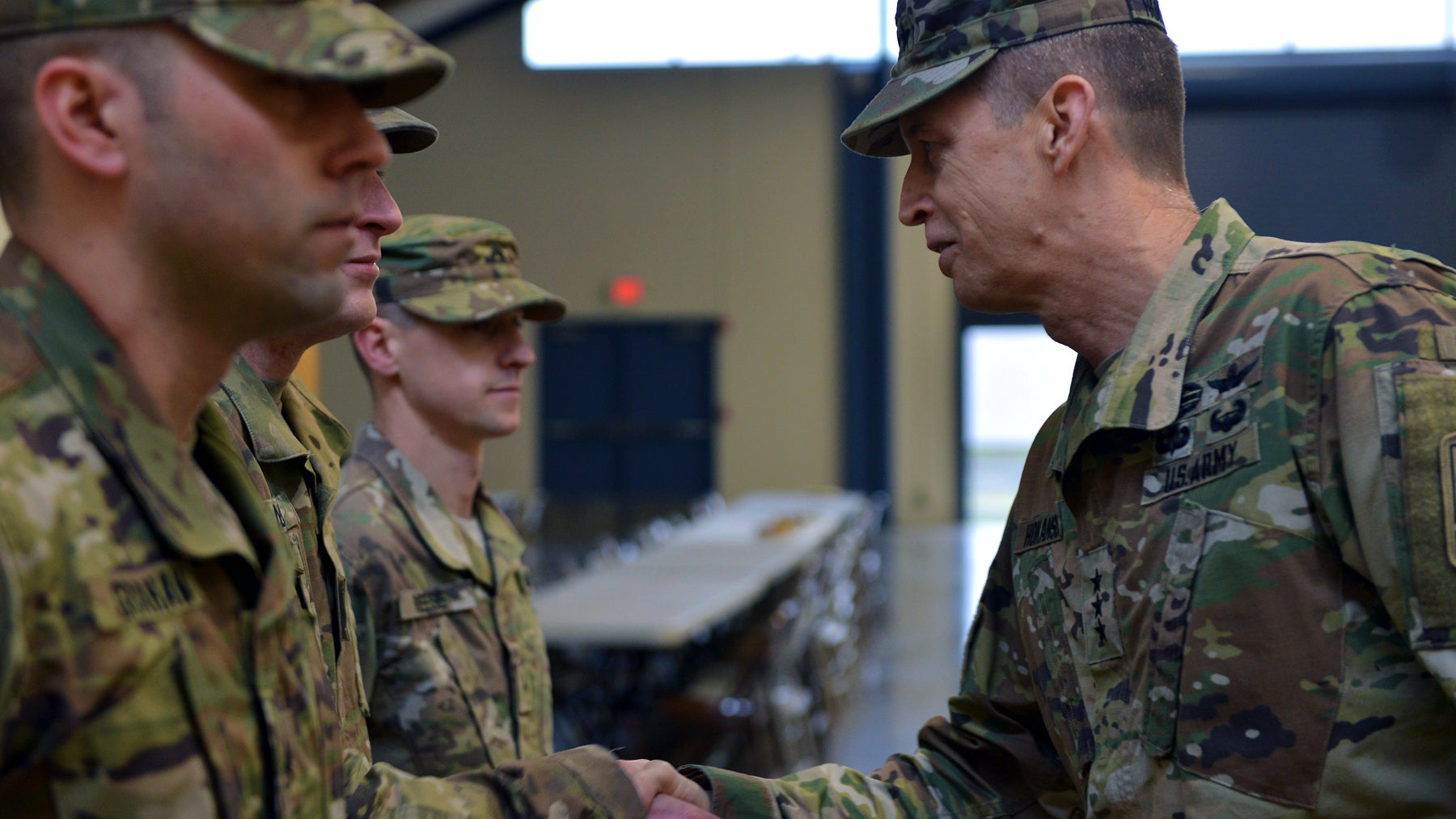 The National Guard could have a more prominent role in supporting local authorities during events such as the recent protests against racial inequality, but any decisions about the use of military force should strictly follow legal principles, Lt. Gen. Daniel Hokanson told a Senate panel June 18.

In his confirmation hearing to be the next chief of the National Guard Bureau, Hokanson said the use of military force domestically should follow constitutional requirements, federal statutes and policies established by DoD.

“Given the magnitude of recent domestic events, I anticipate a larger role for the National Guard in supporting civil authorities in the homeland,” Hokanson said in response to questions from the Senate Armed Services Committee before the hearing. He added that he foresees a “potential increased role for me, if confirmed, in the interagency in planning for and reacting to events in the homeland.”

Two weeks ago, 43,000 National Guard troops were mobilized across the country to support local law enforcement and other civilian authorities in response to protests and violent demonstrations, Hokanson said. As of June 18, fewer than 4,000 were mobilized, he said. “This shows our ability to help de-escalate situations. We will always operate in accordance with laws and policies to, frankly, the expectations of our citizens.”

Use of military force in domestic operations, he said, should consider National Guard members’ rights to self-defense. Other considerations include coordination with civilian law enforcement and clear limitations on the use of deadly force.

Hokanson pointed out that the National Guard has also been on the front lines of COVID-19 response efforts in every state, territory and the District of Columbia.

He noted that in the past month, more than 120,000 soldiers and airmen were mobilized at home and overseas, a new peak in National Guard mobilizations.

The chief of the National Guard Bureau, a member of the Joint Chiefs of Staff, is responsible for ensuring the more than 450,000 Army and Air National Guard soldiers and airmen are ready to protect the homeland and provide combat forces to the Army and the Air Force.