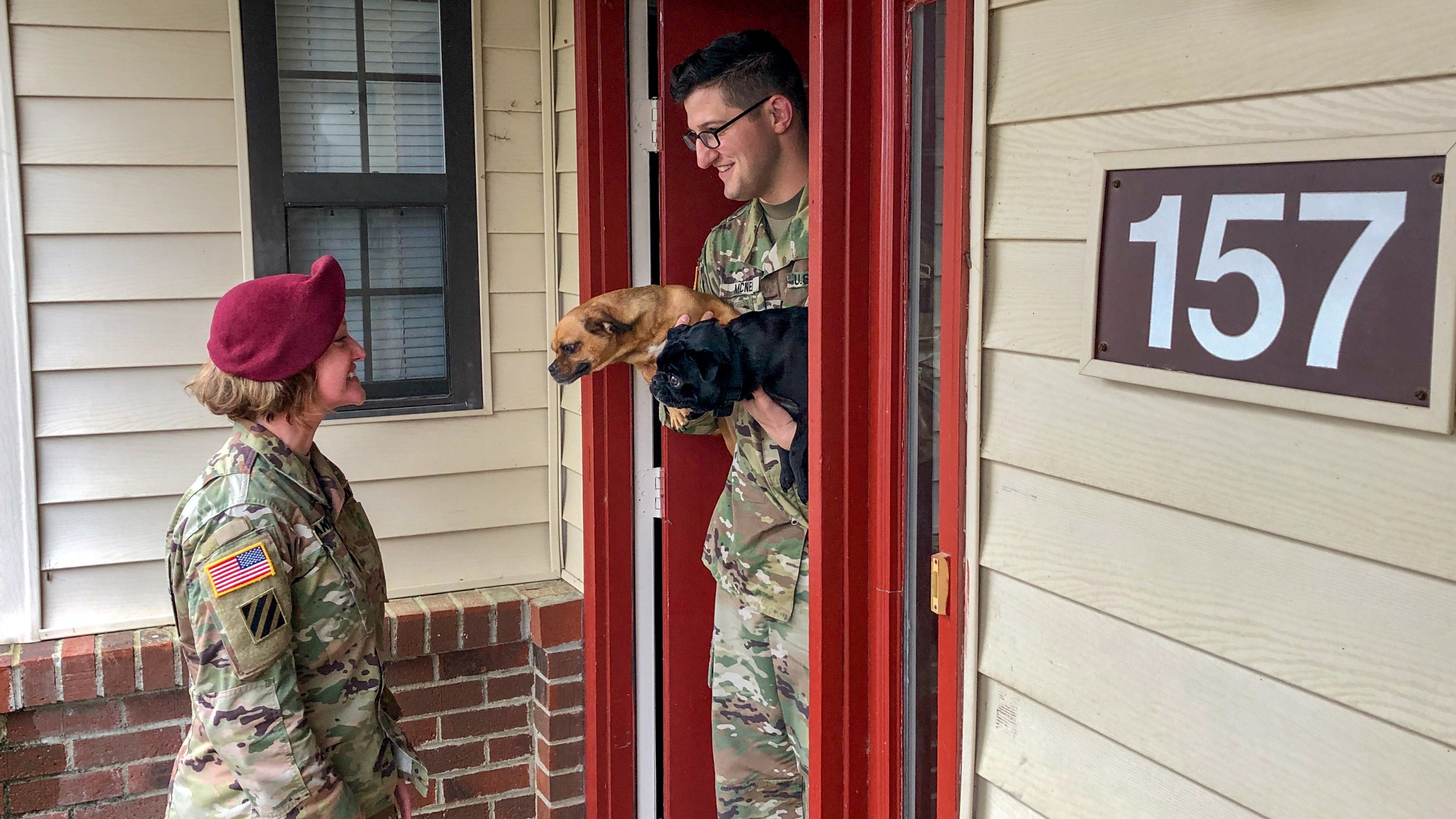 Problems with scores of homes at some of the Army’s oldest installations are likely to take longer to repair because of their historic designation, Army Secretary Mark T. Esper said following a walk-through of several houses at the U.S. Military Academy at West Point, New York.

Dozens of work orders are underway but work on some homes is slower because of a historic designation that requires repairs be made with original materials that are not readily available.

“Any older home experiences more problems, and when you have historic homes it takes a few more hoops to jump through to get them fixed through the state historical preservation society,” Esper said, pointing out that there are similar challenges at historic homes at Fort Leavenworth, Kansas, and Fort Myer, Virginia.

During his tour of the West Point homes on April 12, Esper, a 1986 West Point graduate, held a “sensing session” with about a dozen families to learn firsthand what they were experiencing with their housing.

Esper’s personal attention to the housing problem is in response to reports of widespread problems like the ones at West Point. The problems drew the attention of Congress, and lawmakers have conducted several hearings on the matter.

“We’re getting there. We’re making a lot of good progress. The chain of command is on it,” Esper said. “It will take time. This didn’t happen overnight and it’s not going to be resolved overnight, but I think we’ve got a lot of energy and focus on it.”