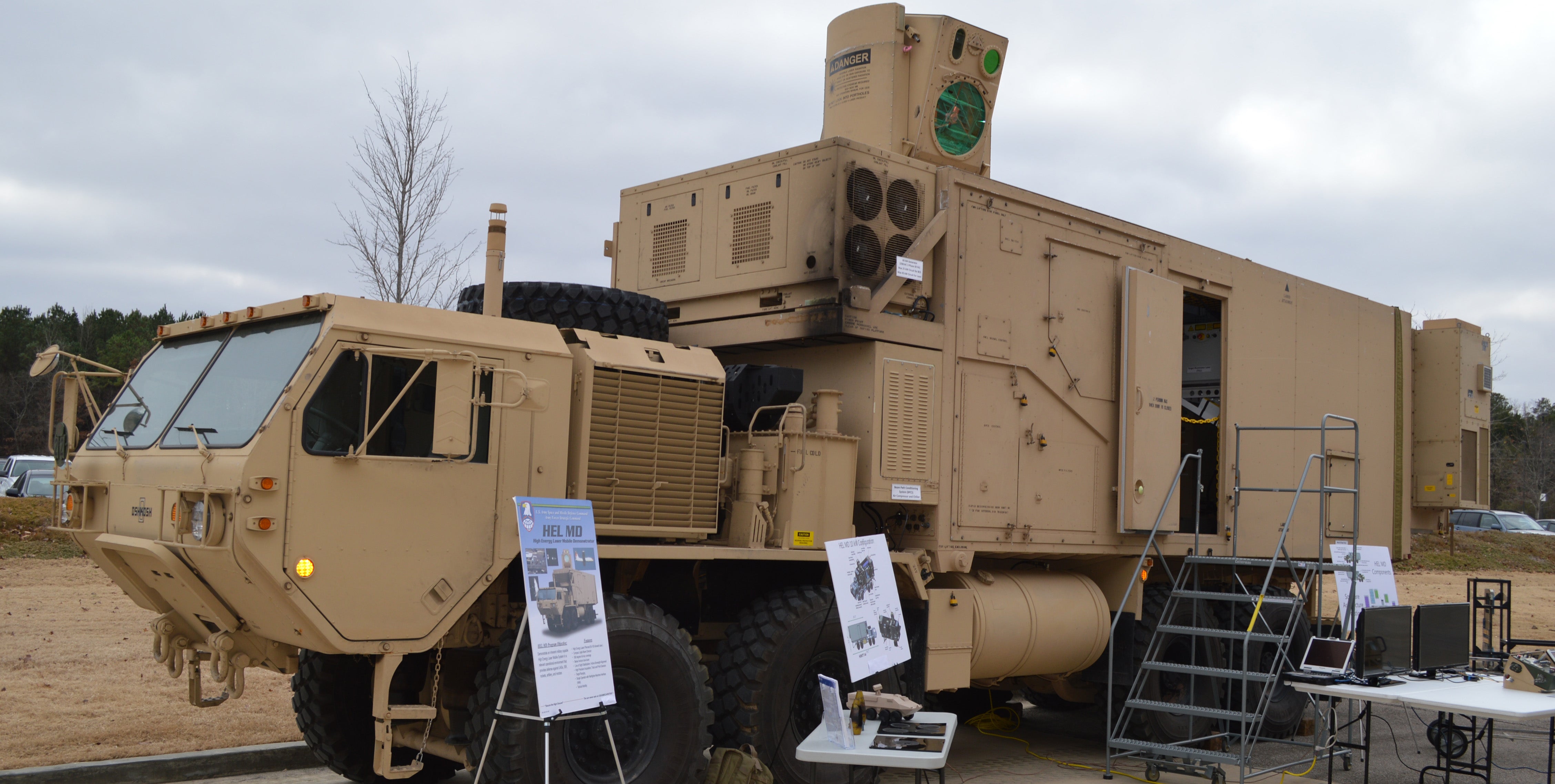 Thomas Webber, director of the U.S. Army Space and Missile Defense Command/Army Forces Strategic Command, provided an overview of the Army’s progress in developing and deploying high-energy laser (HEL) defense, at a briefing this week at the Association of the U.S. Army Annual Meeting & Exposition

“Air and missile defense is a priority,” Webber said. “As the asymmetric threat is overwhelming, we have to [determine] how we deal with those threats. Our challenge is to develop disruptive solution capability. High-energy laser is what we’re focusing on. We are the Army’s lead working across Army efforts.”

“The Army has been working on lasers since the 1970s,” Webber noted, but as technologies have developed in recent years, a high-energy laser program was put into motion in fiscal 2014, with a goal of September 2018 to implement a systems demonstration for taking down kinetic weapons such as drones.

According to Webber, HEL offers a number of benefits, including low cost per kill—“just a few dollars’ worth of diesel fuel”— magazine depth, speed-of-light engagements, precision application of energy and graduated response. Its applications include defeating weapons in flight, destroying unmanned aerial systems, defeating soft targets and materiel, and situational awareness/intelligence, surveillance and reconnaissance.

Since 2014, when the Army began its HEL development with a 10 kW system demonstration, a 60 kW HEL was recently delivered. This system, in part because of the tremendous heat HEL generates, was mounted on a modified version of the Army’s largest truck. Ultimately the goal is to mount a 100 kW HEL on the truck.

There are also plans to put HELs in the hands of the warfighter. A 5 kW off-the-shelf HEL is in the works. Webber’s team has also been collaborating with the Air Force, Navy and Marines, as well as with the United Kingdom.