Ham: Use Caution in Changing Goldwater-Nichols

Ham: Use Caution in Changing Goldwater-Nichols 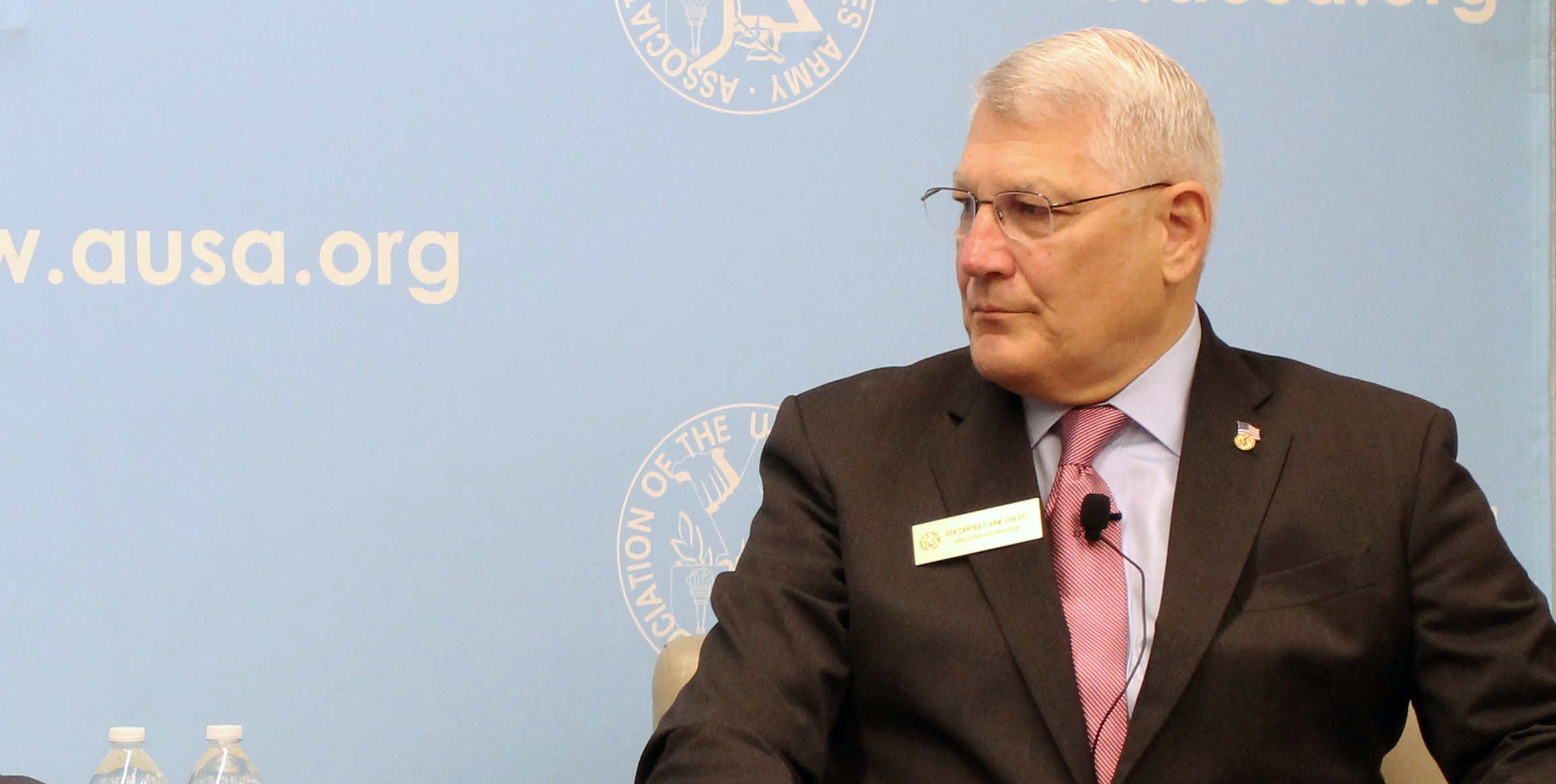 In his first week as president and CEO of the Association of the U.S. Army, retired Gen. Carter F. Ham told the House Armed Services Committee that the Goldwater-Nichols Department of Defense Reorganization Act of 1986 has had “overall significant positive effect,” and any changes to the law should be considered with ample caution.

“The old adage, ‘Measure twice, cut once,’ seems about right to me as we consider changes to this very important law,” Ham said at a July 7 committee hearing called to discuss updates proposed in both the House and Senate versions of the fiscal 2017 National Defense Authorization Act.

Ham, who assumed leadership of AUSA on July 1, repeatedly mentioned the value of the joint experience that service members gain over their careers under the tenets of the Goldwater-Nichols Act, citing himself as a prime example. He served in numerous joint assignments during his long career in uniform, including his final tour as commander of U.S. Africa Command.

“I suspect my path would have been far different had the Congress not passed Goldwater-Nichols,” he said. “It most certainly affected my own personal and professional development.”

He said comparatively minor changes to some aspects of the law probably make sense, such as trimming the size of the geographic combatant command staffs, reducing the standard length of joint tours from three years to two, and extending the normal terms of the chairman and vice chairman of the Joint Chiefs of Staff from two years to four.

But in the broader view, the level of comfort that today’s military leaders have in working in the joint environment as a result of Goldwater-Nichols “is a good thing, and we want to make sure we continue that,” he said.

Ham urged that any updates to the law be considered squarely from an operational perspective—whether they will “improve military effectiveness, and not only be changes for change’s sake.”

Ham testified alongside John Hamre, a former deputy defense secretary who now heads the Center for Strategic and International Studies, a Washington, D.C., think tank, and Dov Zakheim, a former Defense Department comptroller who is now a CSIS senior adviser.