Ham Retires After 5 Years as AUSA President and CEO

Ham Retires After 5 Years as AUSA President and CEO 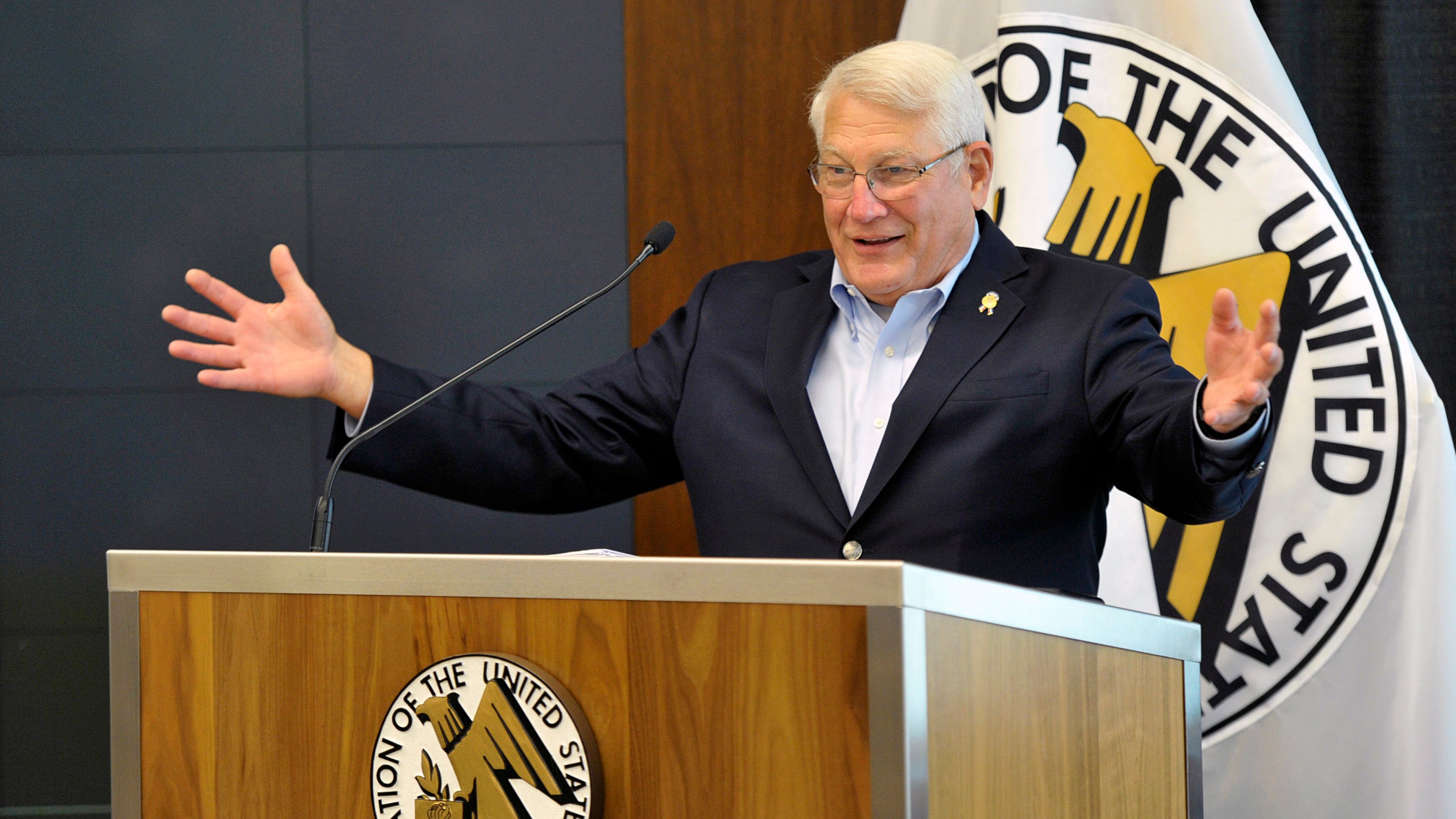 The Association of the U.S. Army on Sept. 30 bid farewell to retired Gen. Carter Ham, who served as the association’s president and CEO for five years.

“This is an amazing place. … It just feels like family,” Ham said during the farewell event at AUSA’s national headquarters in Arlington, Virginia.

He recalled memories from his time as AUSA president and CEO, including the 2016 Annual Meeting and Exposition, his first as the association’s leader. During that meeting, retired Gen. Gordon Sullivan, AUSA’s immediate past president and the 32nd Army chief of staff, was presented with the George Catlett Marshall Medal, the association’s highest award.

“I remember being exhausted and exhilarated as we draped the Marshall Medal around Gen. Sullivan's neck that Wednesday night,” Ham said.

He also noted the association’s role as principal donor for the construction of the National Museum of the United States Army, which opened in November. The museum at Fort Belvoir, Virginia, which “now houses our Army’s history,” would not exist without AUSA, he said.

“Your legacy lives on, your legacy here lives on, and across our whole Army, because of your incredible dedication and selfless service,” Brown said.

Ham enlisted in the Army and served as an infantryman in the 82nd Airborne Division before joining the ROTC at John Carroll University in Cleveland. His career as an officer included service in Italy, Germany, Kuwait, Saudi Arabia, Macedonia, Qatar and Iraq, and commanding the 1st Infantry Division and U.S. Army Europe.

In 2011, Ham became the second commander of U.S. Africa Command, where he led all U.S. military activities on the continent, from combat operations in Libya to hostage rescue operations in Somalia. He retired in 2013, and prior to joining AUSA served as the chairman of the National Commission on the Future of the Army, an eight-member panel tasked with making recommendations on the service’s size, force structure and capabilities.

“I have tried my best … and I will be forever grateful for my time with [AUSA],” Ham said. “May God bless all our soldiers at home and abroad, and may God forever bless the United States of America.”