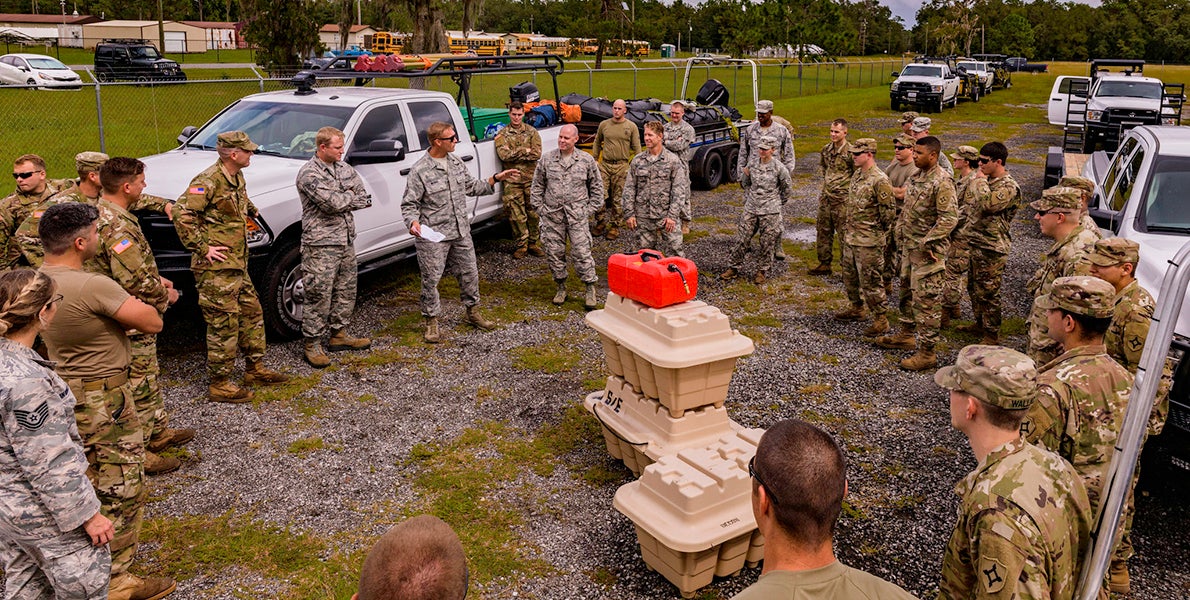 Nearly 4,500 National Guard troops are on duty in Florida and Georgia helping residents and businesses dig out from the wreckage of Hurricane Michael, which made landfall as a Category 4 storm a week ago.

In Florida, where entire towns were destroyed, more than 3,500 soldiers and airmen have been mobilized, along with more than 540 vehicles, including fuel tanker trucks and debris-clearing vehicles. In use are 16 boats, 850 generators and 13 helicopters, all engaged in various missions including humanitarian assistance, debris clearance and security operations.

Aviation assets have also joined in from the New York, Ohio, Arkansas, Minnesota, Mississippi, Louisiana and Kansas National Guard, bringing CH-47 Chinook and UH-60 Black Hawk helicopters to provide movement of personnel and goods and do reconnaissance flights. The Florida National Guard is supporting 25 points of distribution (PODs) for food and relief supplies and is providing shelter in 12 of its facilities.

The Georgia National Guard has more than 900 soldiers and airmen activated and working mostly on route clearance, operating PODs for food and medical supplies, traffic control and movement to and from locations in southwestern Georgia where most of the damage occurred in that state.

Supply distribution is also being carried out with Humvees acting as “mobile PODs,” said Carraway, noting that they’re delivering goods to rural areas where farmers, who are normally self-sufficient, are trapped by downed trees and smashed farm vehicles.

“When people can’t come to the aid, we take the aid to the people,” he said.