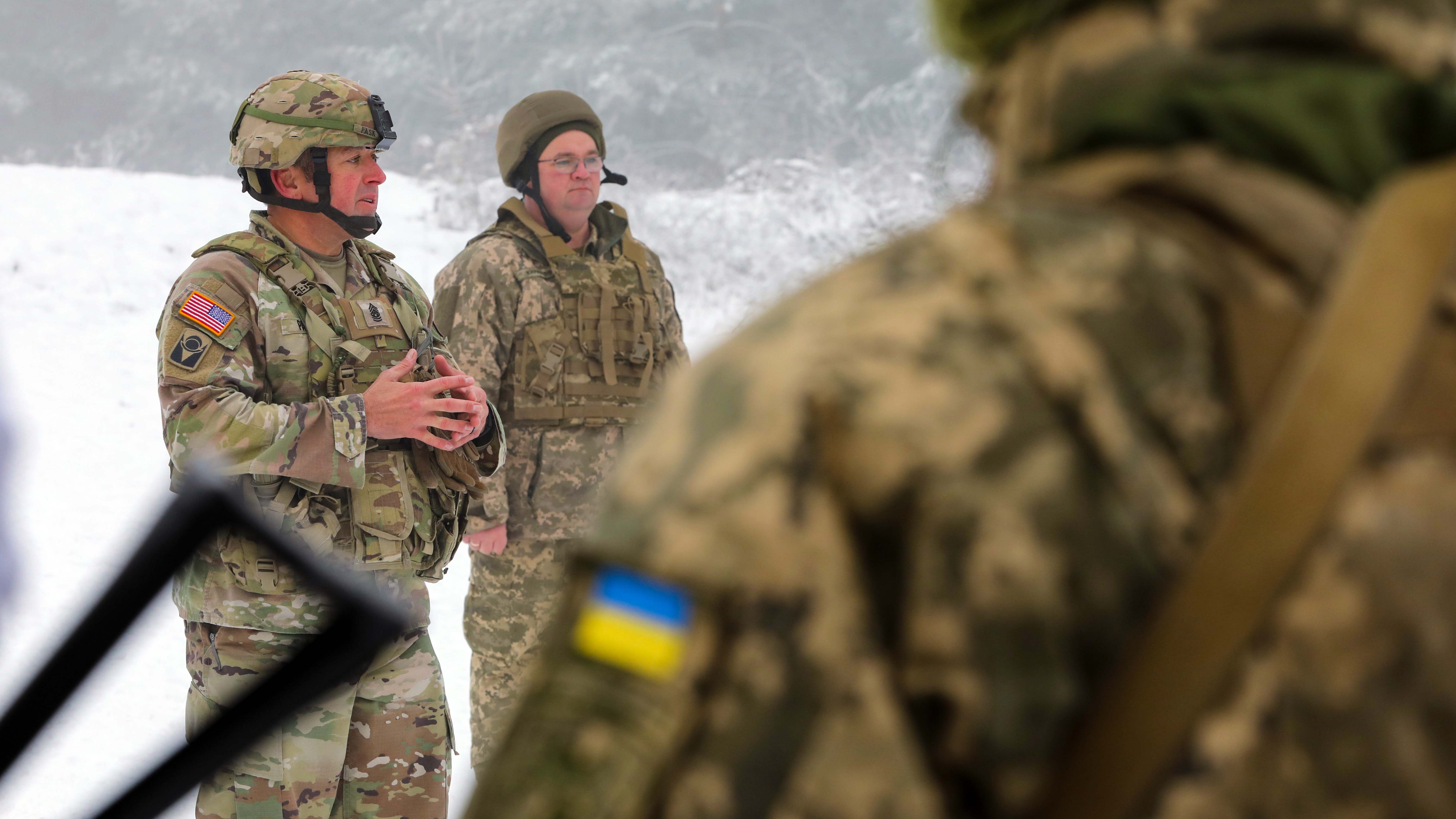 Florida National Guard soldiers evacuated from Ukraine at the start of Russia’s invasion are now training Ukrainian troops on how to use American equipment.

More than 150 members of the Florida National Guard’s 53rd Infantry Brigade Combat Team deployed to Ukraine in November for a joint training mission. In late February, the soldiers were ordered out of Ukraine before Russia launched its assault, in what the Pentagon described as an “abundance of caution” while leaving the unit close by. They’ve been at the U.S. Army Garrison Bavaria, where the Grafenwoehr Training Area is located.

“The recent reunion of these Florida National Guard members with their Ukrainian colleagues, we are told, was an emotional meeting, given the strong bonds that were formed as they were living and working together before temporarily parting ways in February,” Kirby said.

The Florida soldiers are training the Ukrainians in how to operate the M777 howitzer and radar systems. Some other American troops are also providing training, Kirby said, identifying them only as coming from U.S. forces already in the region.

Additionally, Kirby noted that the U.S. has added about 20,000 troops to the Eastern flank of NATO. That presence is being constantly evaluated, he said.