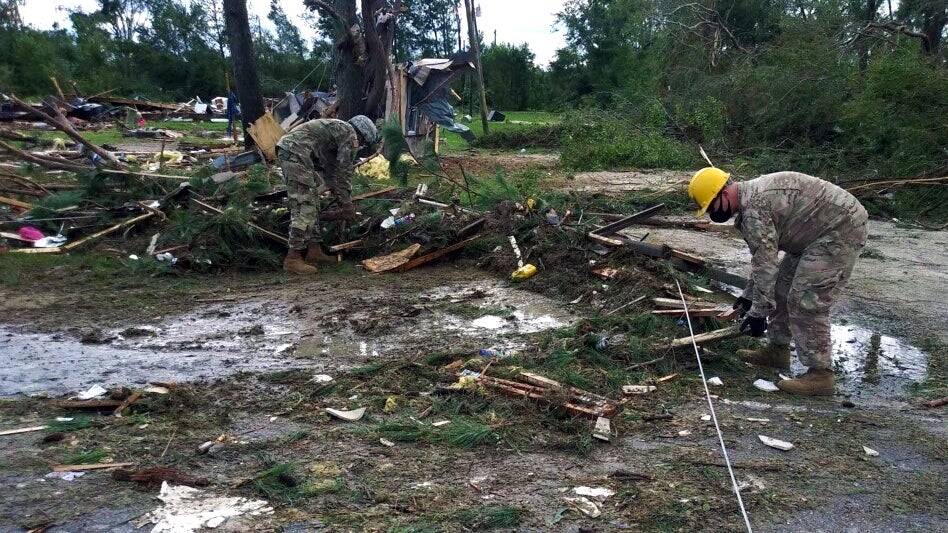 From the Caribbean to New England, Tropical Storm Isaias is leaving its mark along the eastern U.S., and the National Guard is ready to help.

In Puerto Rico, National Guard troops responded to calls for help after Isaias swept through the island on July 30 and caused power outages, flooding and small landslides, according to Stars and Stripes.

Guard members rescued at least 35 people in Puerto Rico, where maximum sustained winds gusted up to 60 miles per hour, the Washington Post reported. Some areas also saw more than 10 inches of rain in a 48-hour period, according to the National Weather Service.

Three states—Florida, North Carolina and Virginia—declared a state of emergency in anticipation of Isaias.

The storm arrived on the coast of Florida and Georgia Aug. 2, bringing rain and gusty winds. It briefly strengthened into a hurricane as it moved toward North Carolina Aug. 3, but was downgraded to tropical storm status again as it moved north.

In Virginia, 40 Guard troops were mobilized to “help local and state agencies respond as needed” after Gov. Ralph Northam declared a state of emergency on July 31, according to the Army, and more were expected to be activated as the storm moves north.

The storm was expected to continue to unleash severe weather, including heavy rain, flooding, high winds and tornadoes, as it travels up the East Coast through the mid-Atlantic and New England.