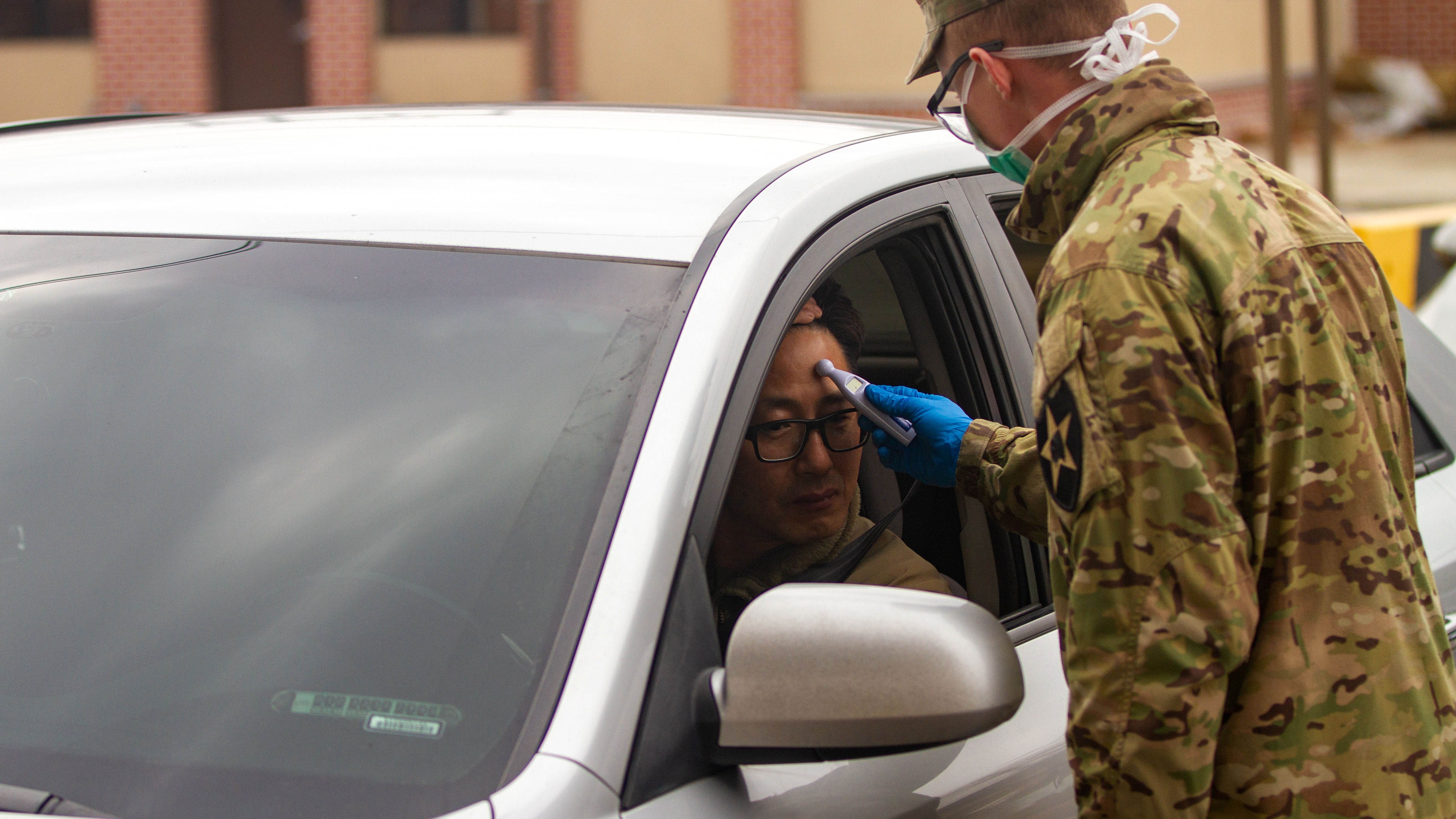 “Tens of thousands” of National Guard troops could be called upon to support local response efforts as COVID-19 cases continue to spread across the country, the Guard’s top general said.

“It’s hard to tell what the exact requirement will be,” Air Force Gen. Joseph Lengyel, chief of the National Guard Bureau, said during a press conference on March 19. “This could quickly blossom in the next couple of weeks as governors and states determine their needs and ways to use the National Guard.”

All 54 states, U.S. territories and the District of Columbia have declared a state of emergency in response to the global pandemic, he said.

So far, Lengyel said, more than 2,000 Guard troops have been brought on state active duty after 27 states activated parts of their National Guard—and he anticipates those numbers to double by the weekend.

Depending on the states’ needs, Guardsmen are providing support in a variety of ways, including planning and logistics, medical testing and assessments, collecting samples, command and control, ground transportation, and law enforcement support, he said.

“We have the medical capability where we can train members of the National Guard to administer the tests or support other civilian medical professionals who might administer the test,” Lengyel said, adding that Guardsmen in some states—including Colorado, Rhode Island and New York—have already been tasked.

Lengyel said the Guard will be more efficient if it remains under state control, instead of under federal orders, adding that states will have greater flexibility in activating parts of the Guard in their own state as needs arise.

“Going forward, we expect the role of the National Guard to grow and evolve to meet the country’s needs during this historic pandemic,” Lengyel said. “We remain flexible and committed to whatever mission that we may be called to do.”