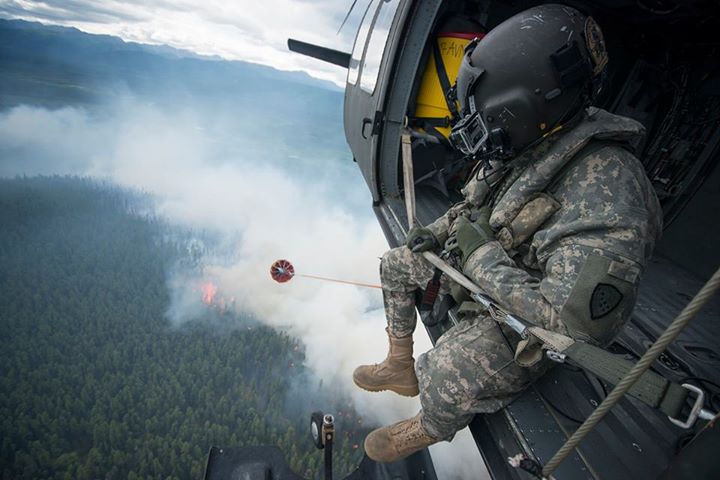 With 1.1 million acres ablaze in the West from 95 large wildfires, the National Interagency Fire Center in Boise, Idaho, is mobilizing active-duty soldiers to serve as firefighters for the first time since 2006. National Guard units in California, Colorado, Idaho, Montana, Nevada, Oregon and Washington have already joined the effort to suppress fires. About 200 soldiers from the 17th Field Artillery Brigade, 7th Infantry Division at Joint Base Lewis-McChord, Wash., have been approved for fire duty. “The soldiers will be organized into 10 crews of 20 persons each, all of which will be sent to the same wildfire,” according to an Interagency Fire Center statement, which also warns that weather and fuel conditions for the next several weeks are “conducive to wildfire ignitions and spread.” Aitor Bidaburu, who heads the National Multi-Agency Coordinating Group, said, “The U.S. military has been a key partner in wildland firefighting for decades, and we greatly appreciate their willingness to provide us with soldiers to serve as firefighters as well as C-130s equipped with Modular Airborne Fire Fighting Systems to serve as large air tankers to help with wildfire suppression efforts.”