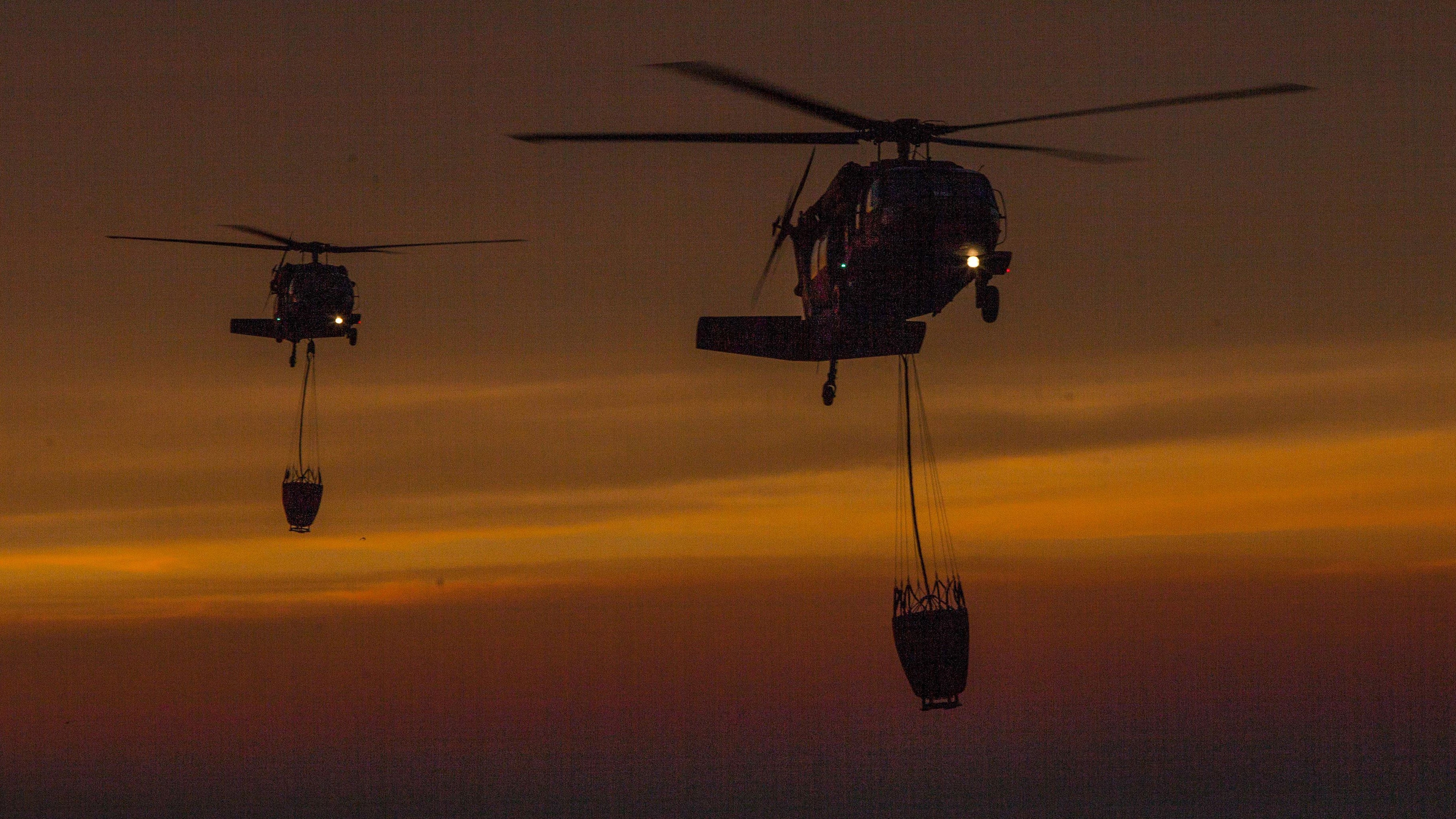 The National Guard’s 381st birthday comes at the end of an extremely demanding hurricane season that saw more than 19,000 solders called up for rescue and relief duties. A dangerous wildfire season that still has California Army National Guard soldiers on duty in Southern California added to the mission, on top of regularly scheduled deployments where Guard members are supporting ongoing operations and maintaining vital international partnerships through continuing relationships with 79 nations.

It has been a busy year, one that served as a reminder of the vital role the National Guard plays in U.S. defense and security.

“The National Guard provided indispensable help in domestic emergencies and disasters in a year when three Category 5 hurricanes struck. In the Gulf Coast, in Florida, in Puerto Rico and the Virgin Islands, the Guard was there—often before the storm struck—to provide support, rescue, food and comfort,” said retired Army Gen. Carter F. Ham, president and CEO of the Association of the U.S. Army. “That same level of effort was on display in the Guard helping fight multiple wildfires in Western states this summer, and is still on display today in California where thousands of Guard members are providing aid and support, fighting fires, aiding law enforcement and helping people move their belongings.”

“There can be no doubt of the value of the National Guard to local communities, to their state and region, and to the national security of our nation,” Ham said.

The National Guard was born on Dec. 13, 1636, when the first militia were organized into permanent regiments. Since that formation, they’ve been called for a wide variety of duties.

The 2017 hurricane season officially ended Nov. 30, but National Guard members are still working in Puerto Rico to help restore power and other services.

Between August and September, tens of thousands of citizen-soldiers from dozens of states were activated, some on overlapping deployments, for rescue and relief duty in response to Hurricanes Harvey, Irma and Maria.

At the peak of operations in response to Hurricane Harvey in Texas, more than 19,000 members of the Guard from 27 states were on duty conducting search and rescue, general support to local government officials and distributing basic life-support commodities.

In response to Hurricane Irma in Florida, close to 18,000 Guard members from 24 states were on duty across the state in missions focused on sheltering operations, law enforcement support, search and rescue, evacuations, route clearance and commodities distribution.

Response to Hurricane Maria in Puerto Rico is ongoing, with more than 2,500 Guard members still activated and focused on route clearance, food and water distribution, search and rescue, evacuation, law enforcement support and shelter resupply. Some 400 Guard members in Puerto Rico from other states are slated to return home Dec. 15.

As of Dec. 6, more than 18 million meals and 53 million bottles of water had been distributed in Puerto Rico alone, according to data from the National Guard Bureau.