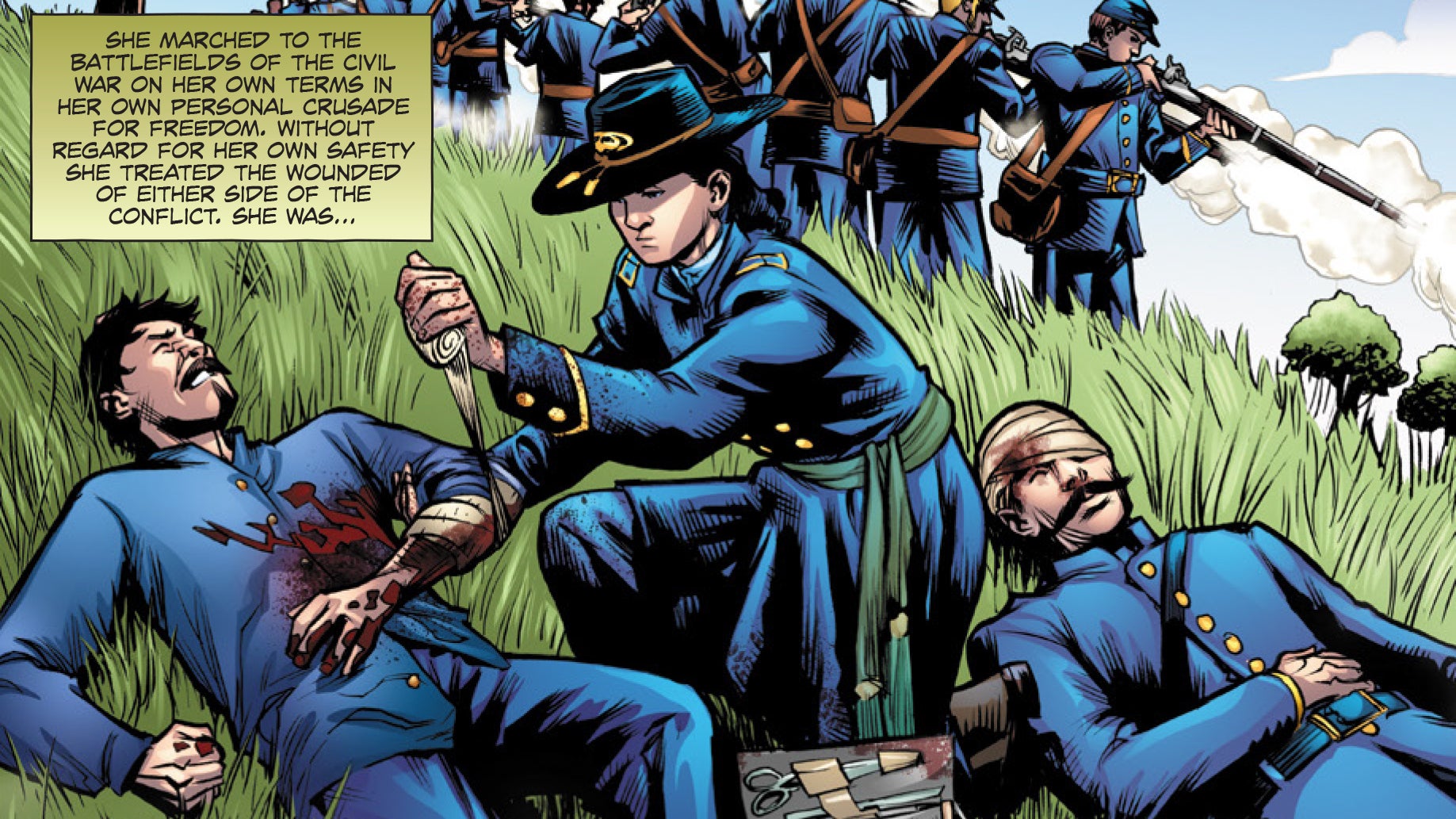 Dr. Mary Walker, the only woman to receive the Medal of Honor, is featured in the newest graphic novel in the Association of the U.S. Army’s series highlighting recipients of the nation’s highest award for valor.

Medal of Honor: Mary Walker tells the story of one of the first women to earn a medical degree in America. Walker served as a contract surgeon for the U.S. Army during the Civil War, often crossing enemy lines to treat sick civilians. She was captured by Confederate soldiers and held as a prisoner of war for several months before being released in an exchange.

“Mary Walker has a unique story as the only female recipient of the Medal of Honor,” said Joseph Craig, director of AUSA’s Book Program. “She was a groundbreaker in many respects, and the artists have done a great job to share a portion of her remarkable life in this new graphic novel.”

AUSA launched its Medal of Honor graphic novel series in October 2018, producing four issues and a paperback collection. Four new issues are planned for this year. The first, on World War II hero 2nd Lt. Daniel Inouye, was released May 28. A graphic novel on Sgt. Henry Johnson, a member of the famed “Harlem Hellfighters” of World War I was released June 30.

Walker was born in Oswego, New York, to abolitionist parents who encouraged her to pursue an education, according to an account from the Army. She graduated in 1855 as a medical doctor from Syracuse Medical College and went into private practice until the Civil War broke out in 1861.

Walker tried to join the Army as a surgeon, but she was denied a commission because she was a woman. She instead volunteered with the Union Army and began working as an unpaid surgeon’s assistant at a makeshift hospital office in Washington.

In November 1862, she set out for the battlefield, traveling to Warrenton, Virginia, to care for wounded troops in a camp commanded by Maj. Gen. Ambrose Burnside. She would go on to treat wounded troops at field hospitals throughout Virginia.

Walker then moved to Tennessee, where she treated wounded soldiers following the Battle at Chickamauga, one of the bloodiest battles of the war. She also routinely risked capture by crossing enemy lines to care for sick civilians.

In April 1864, Walker was captured by rebel soldiers and sent to the notorious Castle Thunder prison camp in Richmond, Virginia, where she cared for her fellow prisoners and is credited with saving hundreds of lives.

Walker was released about four months later as part of a prisoner exchange with a Confederate surgeon.

Undeterred, Walker continued to care for patients, including at a women’s prison hospital in Louisville, Kentucky, and an orphan asylum in Clarksville, Tennessee.

On Nov. 11, 1865, President Andrew Johnson signed a bill making Walker the first woman to receive the Medal of Honor.

Walker “devoted herself with much patriotic zeal to the sick and wounded soldiers, both in the field and hospitals, to the detriment of her own health, and has also endured hardships as a prisoner of war four months in a Southern prison,” her Medal of Honor citation states.

When a review board voted in 1917 to revoke her award, Walker refused to return the medal, wearing it proudly every day until her death in February 1919.

Each graphic novel is created by a team of professional comic book veterans. The script for the graphic novel on Walker was written by Chuck Dixon, whose previous work includes Batman, The Punisher and The ‘Nam. Pencils, inks and the cover were done by Karl Moline, who has worked on Supergirl, Buffy the Vampire Slayer and Rogue.

Colors were by Peter Pantazis, who has worked on Justice League, Superman and Wolverine, and the lettering was by Troy Peteri, who previously worked on Spider-Man, Iron Man and X-Men.

To download Medal of Honor: Mary Walker and for more on the series, visit www.ausa.org/moh.