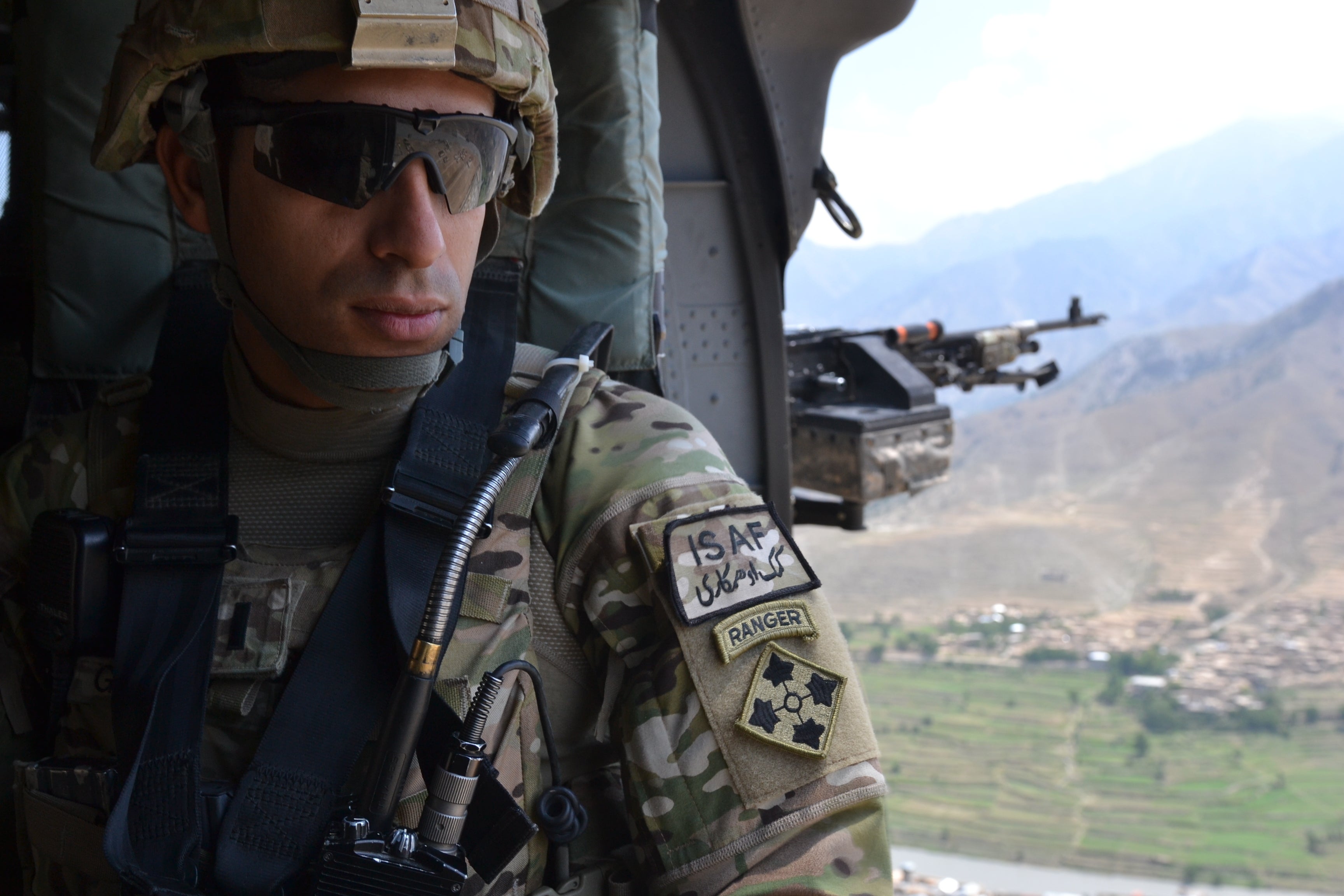 Medically retired Capt. Florent “Flo” Groberg received the nation’s highest award for valor, the Medal of Honor, during a White House ceremony on Thursday.“A day after Veterans Day, we honor this American veteran whose story—like so many of our vets and wounded warriors—speaks not only of gallantry on the battlefield but resilience here at home,” said President Barack Obama, who presented the medal.Groberg was the brigade personal security detachment commander for the 4th Infantry Brigade Combat Team, 4th Infantry Division, when he deployed to Kunar Province, Afghanistan, in 2012 with Task Force Mountain Warrior. On Aug. 8, he was leading an escort mission of 28 coalition and Afghan National Army personnel, including two brigade commanders, two battalion commanders, the brigade command sergeant major, a battalion command sergeant major, and an Afghan National Army battalion commander.The patrol had reached a small bridge when two motorcycles approached from the opposite direction. “The Afghan troops shouted at the bikers to stop and they did, ditching their bikes in the middle of the bridge and running away,” Obama said.That’s when Groberg noticed a man dressed in dark clothing walking backward toward the patrol. “The motorcycles had been a diversion,” Obama said. When the man spun around, Groberg sprinted to him and pushed him away from the formation. He spied a bomb under the man’s clothing. “At that moment, Flo did something extraordinary,” Obama said. “He grabbed the bomber by his vest and kept pushing him away.”Sgt. Andrew Mahoney joined Groberg in repeatedly shoving the bomber away from the formation. The bomber fell onto the ground and the bomb detonated. The explosion caused a second bomb nearby to detonate before it was in place. (Mahoney received the Silver Star for his actions.)Four Americans died, and Groberg was severely injured. However, “his actions prevented an even greater catastrophe,” Obama said. “Had both bombs gone off as planned, who knows how many could have been killed?”Obama noted that Groberg told him that this was the “worst day of his life” and said, “On his very worst day, he managed to summon his very best. That’s the nature of courage. … That’s an American we can all be grateful for.”Groberg, a French-born, naturalized U.S. citizen, is only the 10th soldier to earn the award for operations in Afghanistan. Medically retired because of the injuries he received that day, he is now a civilian employee with DoD.