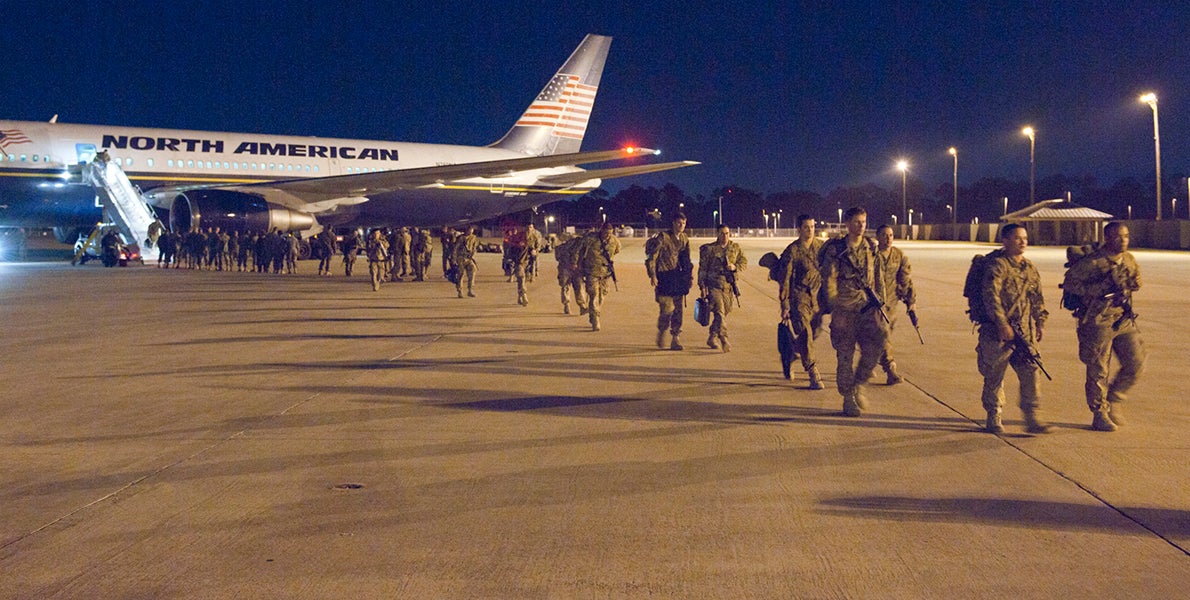 Soldiers of the Oklahoma Army National Guard’s 45th Infantry Brigade Combat Team are featured in a new film about their 2011 Afghanistan deployment. It is titled “Citizen Soldier.”

More than 3,200 soldiers from the Norman-based unit were part of a deployment to Afghanistan’s Paktia Province that saw 14 soldiers killed in sometimes intense fighting and from frequent IED attacks.

The film footage is real and sometimes graphic in an on-the-ground view of war, including battle scenes and IED attacks. Language is sometimes graphic, as you’d expect from soldiers in combat.

Combat footage, filmed with handheld and helmet-attached cameras, is mixed with post-deployment interviews with many of the National Guard soldiers about what they were thinking at the time and how they feel now about their combat experience.

The Oklahoman newspaper chronicled one day of the deployment in a 2013 three-part series called “The Deadliest Day.”  “By the time they left Paktia in December 2011 for a mission in another province, 1st Battalion's 700 soldiers had conducted more than 900 patrols. They'd suffered 50 improvised bomb attacks, lost ten soldiers and saw another 51 receive Purple Hearts,” Phillip O’Connor wrote. “In Alpha Company, eight of 3rd Platoon's 26 soldiers received Purple Hearts, among the highest casualty rates in the battalion.”

The 90-minute film was produced by Strong Eagle Media, a Los Angeles-based company that describes the film as a modern-day version of "Band of Brothers."  Oklahoma Guard soldiers “demonstrate bravery and valor under the most hellish of conditions, embodying one of the fundamental pillars of the warrior ethos: to never leave a fallen comrade behind,” the production company said in a statement. “Using unprecedented footage from multiple cameras, and with no judgment or political point of view, ‘Citizen Soldier’ immerses viewers using 100% real footage and details exactly what these members of the National Guard are going through on the front lines.”

The film will be publicly available on Aug. 30, both online and in some stores.

The Oklahoma National Guard sees value in the film. Col. Max Moss, an Oklahoma National Guard spokesman, said in a statement, "While we aren't permitted to endorse the film or the filmmakers, I can say unequivocally this is a story that needed to be told, not only for those that have fallen and their families, but for everyone who has seen combat and continues to deal with the scars inflicted by war, seen or unseen."

"We believe this movie will help the American public better understand what the National Guard does for our Nation during times of war,” Moss said.