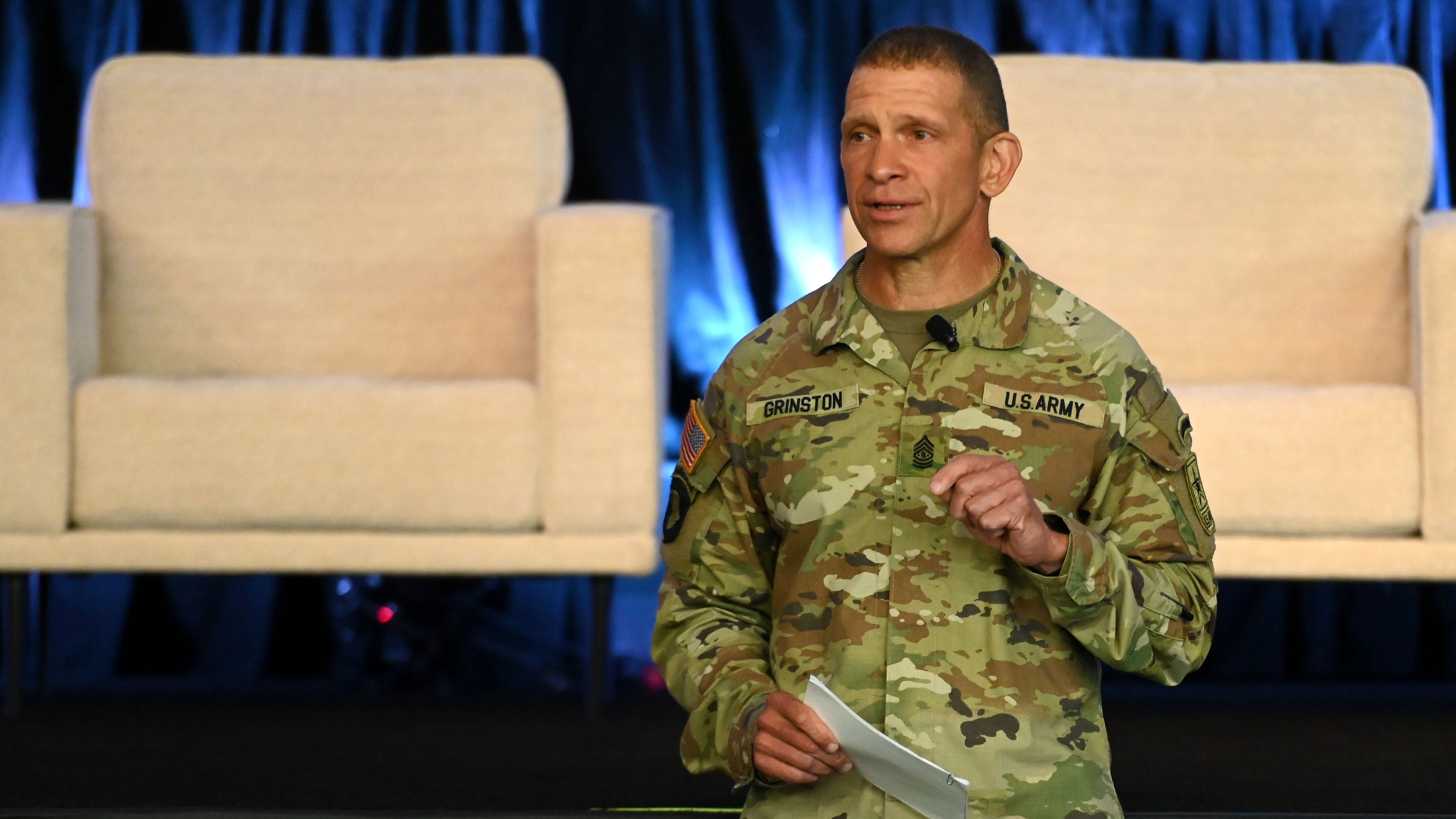 Sgt. Maj. of the Army Michael Grinston praised his fellow soldiers for all the things that didn’t happen during recent critical moments in the United States, while also reminding them that it takes work to be the best.

Over the past three years, soldiers responded to an extremely active season of hurricanes, floods, fires and other disasters. Troops were deployed in American cities during protests over racial injustice and to help communities with the COVID-19 health crisis.

U.S. troops were withdrawn from Afghanistan after two decades of war—with thousands deploying to help with what became a chaotic final withdrawal from the country, and National Guard troops were deployed to the U.S. Capitol in January 2021 to help secure the building for a peaceful transfer of power following a highly contested presidential election.

There were many times when things could have gone wrong, Grinston said in a July 28 keynote speech at the Association of the U.S. Army’s inaugural Warfighter Summit and Exposition held near Fort Bragg, North Carolina. Instead, it was a time for soldiers to shine.

In difficult situations, such as when a soldier was harassed by protesters or while guarding America’s southern border or during other stressful situations, when something could have gone wrong, “it didn’t,” said Grinston, who became the 16th sergeant major of the Army in August 2019.

That is proof, he said, of the strength of U.S. military training and discipline. It also is evidence that “we have the best Army in the world, and at the base of that is the best NCO force in the world.”

Instead, good soldiers have to keep learning and growing.

“You have got to be fit, disciplined and highly trained every day,” Grinston said.