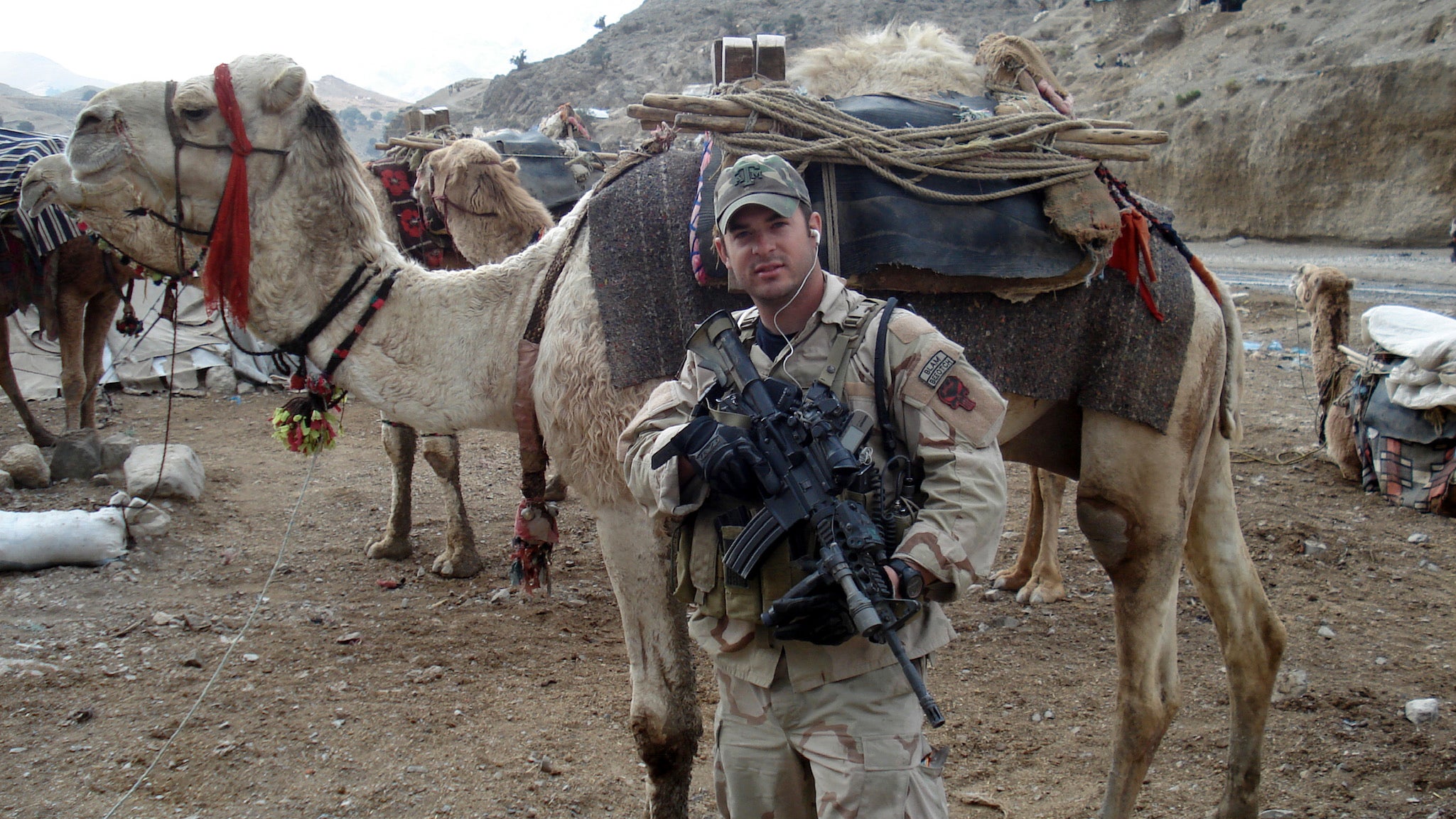 Master Sgt. Matthew Williams was awarded the Medal of Honor Oct. 30 for his heroic efforts to save his fellow soldiers’ lives while under fierce enemy fire deep in Afghanistan’s treacherous and unforgiving mountains.

Williams, a Green Beret with the 3rd Special Forces Group, was previously awarded the Silver Star for his actions. It was upgraded to the nation’s highest award for valor for his actions on April 6, 2008—the same battle that resulted in a Medal of Honor for his teammate, former Staff Sgt. Ronald Shurer.

Shurer, the team medic who also had his Silver Star upgraded as part of a Defense Department review, was awarded the Medal of Honor last October.

“Matt, we salute your unyielding service, your unbreakable resolve and your untiring devotion to our great nation,” President Donald Trump said during the White House ceremony.

Williams “stands among the ranks of our nation’s greatest heroes,” Trump said.

On April 6, 2008, Williams was a weapons sergeant deployed to Afghanistan as a member of Special Forces Operational Detachment Alpha 3336. The team was on a mission targeting high-value targets of the Hezeb Islami al Gulbadin in Shok Valley in Afghanistan’s Nuristan Province.

As the assault team, consisting of American Green Berets and Afghan commandos, approached the target, they immediately came under intense enemy machine-gun, sniper and rocket-propelled grenade fire. More than 200 enemy fighters “savagely attacked” the American and Afghan troops, Trump said, filling the valley “with a hail of bullets and explosions.”

The lead element immediately was pinned down, with several troops wounded, and was in danger of being overrun.

Williams quickly gathered the Afghan commandos and led them on a counterattack across a 100-meter-long valley of ice-covered boulders and a fast-moving, ice-cold, waist-deep river. The men fought their way up a terraced mountainside to the besieged lead element, and Williams set up a base of fire the enemy was unable to overcome.

When his team sergeant was wounded by sniper fire, Williams rushed to his aid and moved him down a sheer mountainside to the casualty collection point. Williams braved even more fire as he climbed back up the cliff to evacuate more wounded soldiers and repair the team’s satellite radio.

Again and again, Williams came under enemy fire as he helped move several casualties down the near-vertical mountainside and as he loaded casualties onto evacuation helicopters.

Williams helped save the lives of four critically wounded soldiers and prevented the lead element of the assault force from being overrun by the enemy. He was one of 19 3rd Special Forces Group soldiers awarded the Silver Star in a December 2008 ceremony at Fort Bragg, North Carolina.

Trump, who also recognized Williams’ teammates during the White House ceremony, lauded the Special Forces soldiers for their courage and actions during the battle.

“The Battle of Shok Valley is a testament to the overwhelming strength, lethal skill and unstoppable might of the Army Special Forces and all of our military,” Trump said, adding that the enemy on that day had the high ground and superior numbers, but “they had one major disadvantage. They were facing the toughest, strongest and best-trained soldiers anywhere in the world.”

Williams, of Boerne, Texas, joined the Army in September 2005. He has deployed multiple times in support of Operations Enduring Freedom and Juniper Shield and is still on active duty.

Trump called more than a year ago to tell Williams about his medal being upgraded, but the soldier asked for the ceremony to be delayed until he returned from his latest deployment.

Williams, who said he was overwhelmed when he learned he would be receiving the Medal of Honor, would like to remain in the Special Forces regiment.

The medal represents “teamwork, never quitting, trusting in one another and doing what’s right and what needs to be done,” he added.

“I’m hoping to return back to the unit, get back to my team and continue training and getting my current team ready for whatever comes next for us.”